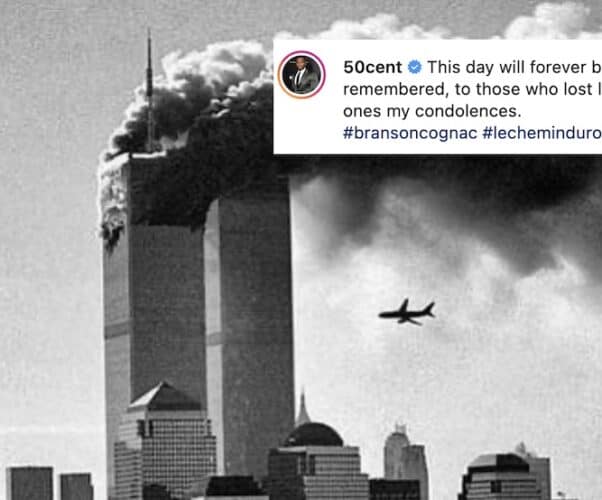 Curtis Jackson marked a solemn September 11th with some weirdly insensitive social media messages. But 50 Cent’s 9/11 post didn’t mock the 20th anniversary of the event as much as it completely ignored America’s collective trauma in favor of ads for his liquor brands. 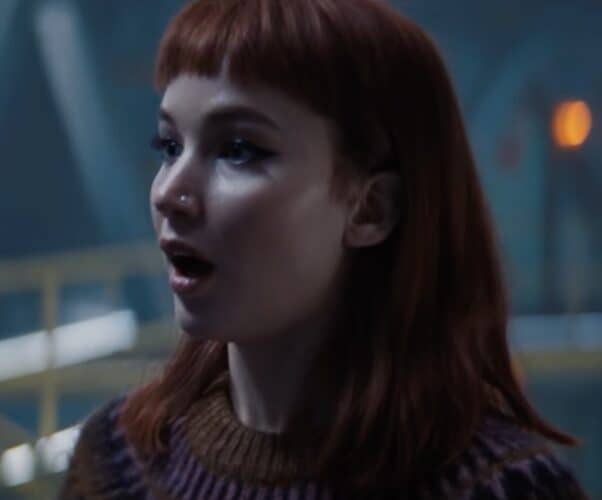 LAINEY GOSSIP – Jennifer Lawrence has a new movie coming out; it’s called Don’t Look Up and its trailer will give you anxiety. But we shouldn’t expect to see her doing much publicity for it, what with the just-confirmed Jennifer Lawrence pregnant news (!) Kind of a big day for J-Law, really

JEZEBEL – Speaking of celebrity pregnancies, John Mulaney’s timeline for exactly when he got Olivia Munn pregnant doesn’t quite add up. That isn’t stopping him from going on major talk shows to push it, though

THE BLAST – The new teaser for RHOSLC Season 2 is here, and, given that it focuses on Jen Shah’s arrest on federal fraud charges, the footage is about as bananas as you’d expect. Bravo is banking hard on a courtroom drama season, and it looks like the new episodes won’t disappoint

THE GIST – Ted Lasso‘s second season really has some fans falling hard *out* of love with the show. Truly, this is the cultural flashpoint of our times

CELEBITCHY – No shade, but there is absolutely no way Nikki Reed is working full-time without any professional child care for her preschooler unless she also has “assistants and housekeepers” and professional helpers in other areas of her life. I just wish she had been forthcoming about that side of things, as well

GO FUG YOURSELF – “Ms Katie Holmes is really making the rounds of NYFW so far…and it makes me wonder…what is she promoting? Or is this just one of those jazz hands-y rounds of PR that are designed to remind the public in general and producers/directors in particular that she is ALIVE and she is AVAILABLE?” 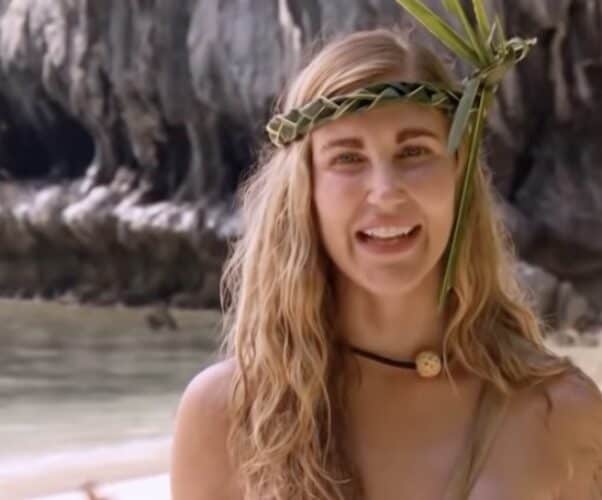 JEZEBEL – Somehow, Naked and Afraid of Love manages to be “the one dating show that works.” Maybe that’s because “when denuded and forced to fend with a partner who is a virtual stranger, there might really be a chance at an actual connection”

THE ASHLEY’S REALITY ROUNDUP – Remember when Johnny Bananas “betrayed” Sarah Rice in the finale of The Challenge: Rivals 3 and kept all their money for himself? Sarah says he cheated with adderall to win the challenge in the first place

THE GIST – How is He’s All That, Netflix’s reboot of the late-90s classic She’s All That? The movie is “a temporary wonderful euphoria like those flared pants you bought at H&M to look cool for a minute but after one wash it’s come undone at the hem just like your dignity. It’s not asking to be taken seriously, so don’t”

REALITY TEA – Tributes to Gregg Leakes are pouring in from across the Bravolebrityverse in the wake of Gregg’s death earlier this week. Cynthia Bailey, Andy Cohen, Kim Zolciak, and a whole host of other Real Housewives have taken to social media to share memories and offer tribute

GO FUG YOURSELF – “Pixie Lott’s name really does sound, to me, like the plucky heroine of a series of kids’ books about a detective. But the only real mystery in Pixie Lott and the Case of the Sparkly Boobs is why she wore it in the first place”

DLISTED – ABBA is reuniting and putting out a new album and playing a concert where they’ll appear as literal holograms of their younger selves? Anybody have that on their 2021 bingo card?

THE BLAST – No idea how the streaming rights to Seinfeld aren’t locked up by NBC for their own streaming services like a princess in a tower. But, somehow, they worked out a deal with Netflix, and Seinfeld will be on Netflix starting later this month

LAINEY GOSSIP – This really shouldn’t be news, because the Delta variant is raging (for reasons that beggar belief). But Paramount just pushed back a ton of major movie release dates to 2022, among them a couple of Tom Cruise joints and the newest Jackass

THE HOLLYWOOD GOSSIP – Was the latest Big Brother eviction “the most predictable yet” this season? 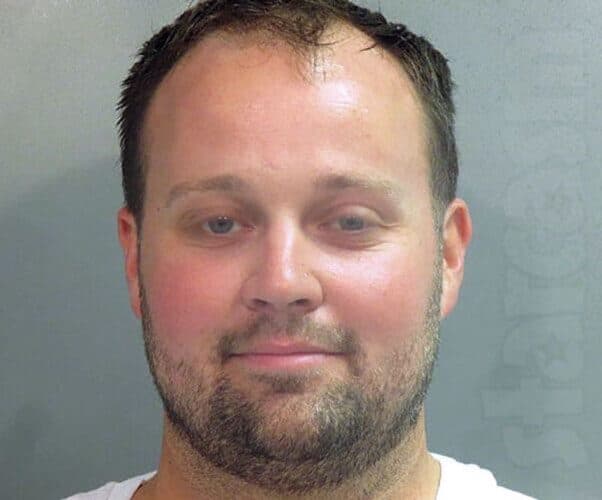 If you’ve put any faith in the United States’ judicial system, you’ve got to be feeling pretty stunned and confused today. And while the Supreme Court’s non-ruling on Texas’ new abortion law isn’t directly related to the Josh Duggar trial update, it’s hard not to think that Josh might actually have the child pornography charges against him dismissed on a technicality, as his attorneys have requested. 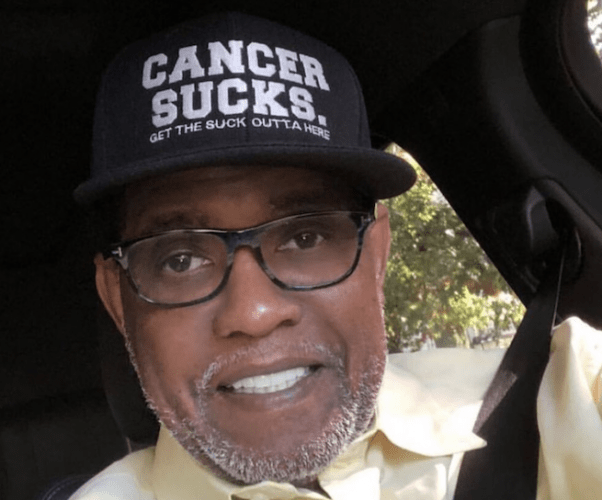 Just one day after NeNe Leakes seemed to suggest that her husband was near death, the Leakes family has confirmed the sad news of Gregg Leakes dead. Gregg’s official cause of death appears to be a sudden return of the colon cancer he’d been fighting for almost four years. 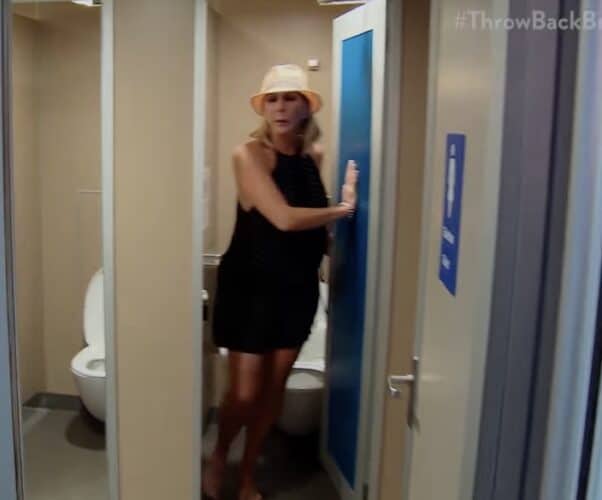 REALITY TEA – Vicki Gunvalson is once again putting her ass on display. Sources close to Vicki say the (famously) unvaccinated former RHOC star has Covid — but Vicki Gunvalson’s Covid is apparently nothing more than “an unknown cold” (according to a “creaky-voiced” Vicki herself)

CELEBITCHY – The Supreme Court declined to hear a challenge to Texas’ new law banning abortions after a pregnancy’s sixth week. Texan women are now forbidden to get an abortion after the time most of them would have found out they were pregnant in the first place

THE GIST – I watched The Other Two‘s pilot episode and thought it was pretty good. Then Covid happened and I completely forgot about it; the show’s production was shut down, as well. So it’s been two years going on a million years since the show aired, but the second season is airing now and it’s hilarious

LAINEY GOSSIP – Speaking of interminable delays, the new James Bond movie is finally scheduled to come out on October 8th in the US. Thanks to Covid and other production issues, it’s had its release delayed — and I had to double-check this because it’s such an absurd figure — five different times. Given that + the general decaying orbit of the Bond franchise I am going to refer to this movie as Die Already

THE ASHLEY’S REALITY ROUNDUP – “Whitney Way Thore is still keeping the identity of her French boyfriend under wraps (at his request), but she assures fans it’s not because her man is embarrassed of her”

GO FUG YOURSELF – “There have been a lot of deliberately misleading headlines screeching that Nicole Ari Parker is “replacing” Samantha or Kim Cattrall, which isn’t fair to her because a) it immediately forces a comparison between her and an iconic TV character with years of history, and b) she isn’t a recast, and c) it’s uncool to frame her as any kind of replacement or player coming up off the bench, as if she would not deserve to be there in her own right”

DLISTED – Apparently Zoë Kravitz and Channing Tatum are now an official couple, and the anonymous sources describing their feelings for each other are pretty giggle-worthy

JEZEBEL – Award-winning and really good writer Lauren Groff has a basketful of story recommendations for wiling away the last days of summer. (Pretty sure they’ll also help distract you from the endless garbage cookout that is the world in 2021, should you need such a distraction)

THE BLAST – I’m shocked, shocked to discover that Kanye may have cheated on Kim at any point in their marriage

THE HOLLYWOOD GOSSIP – Though in Kanye’s defense, maybe he thought he was with Kim but was actually with Jersey Shore star and increasingly likely Kim Kardashian stand-in Angelina Pivarnick 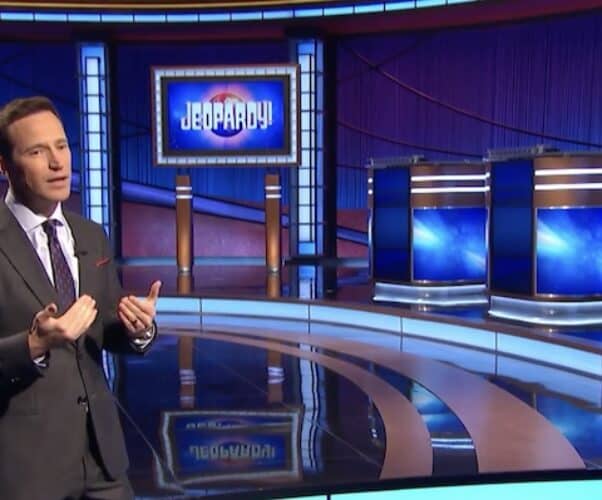 DLISTED – News of Mike Richards fired as the executive producer of Jeopardy! spread like beautiful wildfire yesterday. Richards, seen above surrounded by his supporters and allies, had already been fired as host for rigging the audition process, selecting himself as host regardless, sabotaging LeVar Burton, and being a pretty open sexist and misogynist. Ted Lasso should audition

THE GIST – On that note, should Coach Beard and Jamie Tartt start dating? I mean, probably not. But should they at least make out first, so we can get a sense of whether they’d be a good couple? I doubt it. Now, that said — is this article, hoping for both of those things, a delightful exercise in wishful thinking, and worth your clicks & eyeballs? Yes. Yes it is

LAINEY GOSSIP – I, too, am struggling with writing a Reservation Dogs article, because the show keeps getting better and better and defying my attempts to say something about it

CELEBITCHY – Don’t be like the unvaccinated and unmasked teacher who went to school regardless of having contracted Covid, got kids in her class sick, and is responsible for 27 total infections and counting. Be like the vaccinated and masked people who aren’t spreading Covid. Get vaccinated and wear a mask, people. It’s not hard

REALITY TEA – Would you be down for Denise Richards coming back to Real Housewives of Beverly Hills? Because Denise herself might be down for it

THE ASHLEY’S REALITY ROUNDUP – Cameran Eubanks is going to guest co-host The View while the show tries to sort out its latest hosting departure. It’s mostly due to Thomas Ravenel, but I shudder every time I hear about Southern Charm cast members doing anything, so I can’t see this guest spot becoming permanent

THE HOLLYWOOD GOSSIP – Kim Kardashian is helping Kanye push his latest album, because while they’re nowhere near romantic love they are entwined business partners till death do them part. And part of Kim’s promotional deal is she’ll pose naked to help drive sales

GO FUG YOURSELF – Really not sure what look Megan Fox is going for here. But maybe she nailed it?

JEZEBEL – “Elizabeth Holmes, founder of the failed blood testing startup Theranos, will reportedly accuse her ex-boyfriend and business partner of abuse during her upcoming criminal trial” 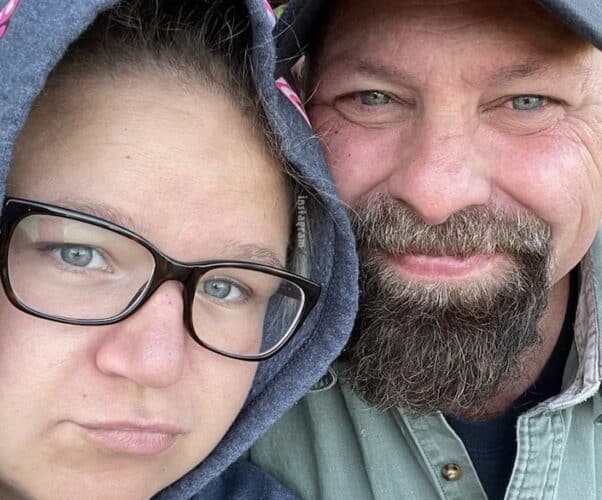 Gossip about My 600 Lb Life star Brianne Smith Dias engaged to a new love has been making the rounds of late. Normally, Brianne is pretty open on social media and engages with her fans on the regular. So it seemed a little odd that she was keeping mum about the rumors. But Brianne’s silence is now a thing of the past! The reality star is beginning a new chapter of her life with a new man — and some more good news about her rumored pregnancy!