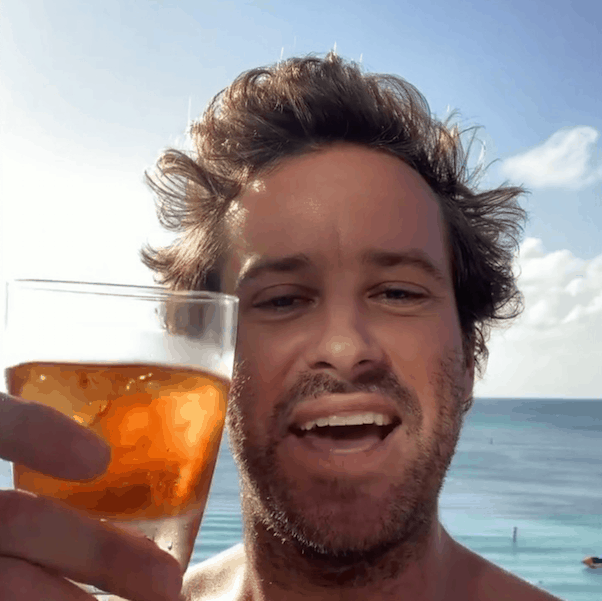 CELEBITCHY – The latest round of text messages allegedly from Armie Hammer is even more disturbing than the first. There are some pretty graphic descriptions of sexual cannibalism, torture, and abuse; Armie has also been dropped by both his agent and his publicist, which would seem to suggest that a) there is some truth to the allegations, and b) there could be a major Armie Hammer exposé coming

DLISTED – It was only a week ago that Aaron Rogers and Shailene Woodley confirmed that they’re dating. At the time, it looked like they had been seeing each other on the DL for a little while, and only went public after the Packers’ season ended. But now the truth has come out: they’re actually *engaged*, to which Rogers’ publicist simply said, “When you know, you know, right?”

JEZEBEL – Tessica Brown — better known as the Gorilla Glue woman — spent 22 hours in the emergency room this past weekend trying to get her makeshift hairstyling product off of her head for good. All that happened was Brown suffered scalp burns from acetone; she’s still got Gorilla Glue stuck to her head and hair (and hopefully nowhere else). Now she’s apparently lining up lawyers to sue Gorilla Glue

THE ASHLEY’S REALITY ROUNDUP – RIP to Alaskan Bush People star Billy Brown: his son Bear Brown announced that the “beloved patriarch” passed away unexpectedly over the weekend at the age of 68

GO FUG YOURSELF – I was half asleep when The Weeknd played the Super Bowl halftime show, and I thought it was kind of strange and therefore a welcome break from the game itself; if social media is any indication, most people seemed to enjoy his performance. And so here’s a break from the wave of good reviews: “‘Fine’ about covers it. Maybe I’m misremembering, but the best of the past productions took those familiar performers and worked in fresh tricks. This, conversely, came across like a stubborn disinterest in breaking out of this supposed ‘storyline'”

THE BLAST – It seems Tekaski 6ix9ine is back to trolling other rappers and maybe living dangerously or maybe just living an act that he can no longer decipher?

REALITY TEA – Sure, RHONY may be on a filming break due to an undisclosed cast and / or crew member contracting COVID-19. And yes, this may be the second time the show has had to put filming on hold due to COVID exposure. But gosh darn it, if Ramona Singer wants to jet on down to Florida so she can go to a yacht party where no one is wearing masks, then she’s going to do it

THE HOLLYWOOD GOSSIP – On that note, it seems Kylie Jenner is attracting plenty of backlash for her frequent traveling and vacationing and general not caring about any coronavirus restrictions or PPE

LAINEY GOSSIP – As someone who is not watching WandaVision and has no feelings for or against it, I can tell you that the debates people are having over whether the show is a delicious slow burn or just really boring are way more entertaining than the show itself could possibly be

VOX – “12 movies that everyone will be talking about this year: The best fiction films we saw at Sundance, from the bizarre to the sublime.”

Bridezillas returning to WE tv for new season