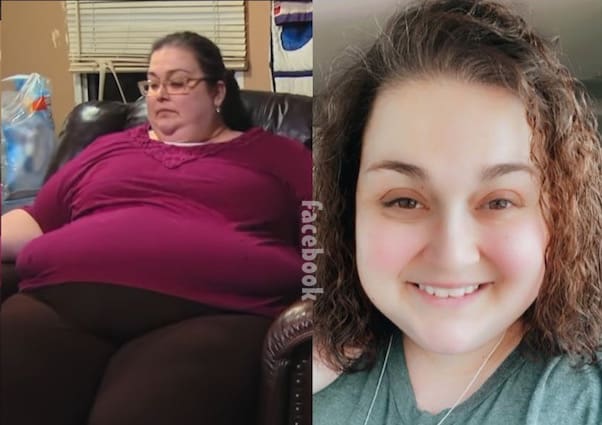 Carrie Johnson was already one of My 600 Lb Life Season 9’s breakout stars. Thanks to a few surprise photos, though, it seems she’s doing even better than fans believed! If you thought the My 600 Lb Life Carrie Johnson episode was a strong debut, just wait until you see Carrie’s newest photos below!

My 600 Lb Life Carrie Johnson: The latest news is positive

In case you couldn’t tell from the photo at the top of the article, Carrie looks like a new person these days. The pic on the right is the most recent one Carrie has shared, from late February, and her smile is even bigger than the one she had at the end of her first My 600 Lb Life episode.

But viewers have been cheering for native Texan Carrie since that episode dropped back in January. She began her weight loss journey at 603 pounds and in desperate need of a complete change for her entire family.

As Carrie noted both before and after meeting with Dr. Nowzaradan, her husband Chris and daughter Haleigh both suffered from weight problems. And the gentle, upbeat Carrie wanted to set a good example for both (but for her daughter in particular).

By episode’s end, Carrie saw real progress. She went from her peak weight all the way down to 409 pounds. More importantly, both Carrie and Dr. Now acknowledged that she had begun establishing the kind of healthy habits necessary to maintain weight loss.

And more impressively, Carrie wound up with the second-highest weight loss of the entire Season 9 cast. Her 194-pound drop is second only to Samantha Mason among recent cast members.

And it seems that Carrie has indeed been following Dr. Now’s advice. Look no farther than the shot a close friend of Carrie’s shared from a family function in late January. My 600 Lb Life production company Megalomedia has famously strict rules about what cast members are allowed to post on social media, making the full-body pic that much more surprising: 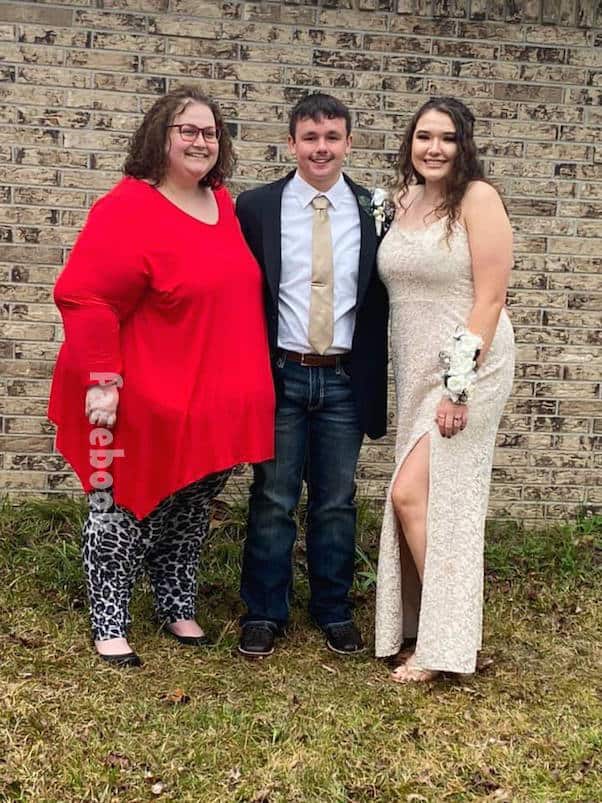 Is there a Carrie Johnson My 600 Lb Life Instagram page?

In fact, Carrie doesn’t appear to be on social media at all, except for Facebook. In keeping with other more recent cast members, though, Carrie does appear to engage with fans when they reach out, often liking or loving their well-wishes.

Carrie hasn’t offered any updates since her first My 600 Lb Life episode aired, though. So we can’t yet say whether she’s filming for a Where Are They Now? episode — or would even consider one.

But we do have another recent photo of Carrie to share 🙂 The pic of Carrie, her husband Chris, and a longtime friend comes from just before the group’s Super Bowl festivities began: 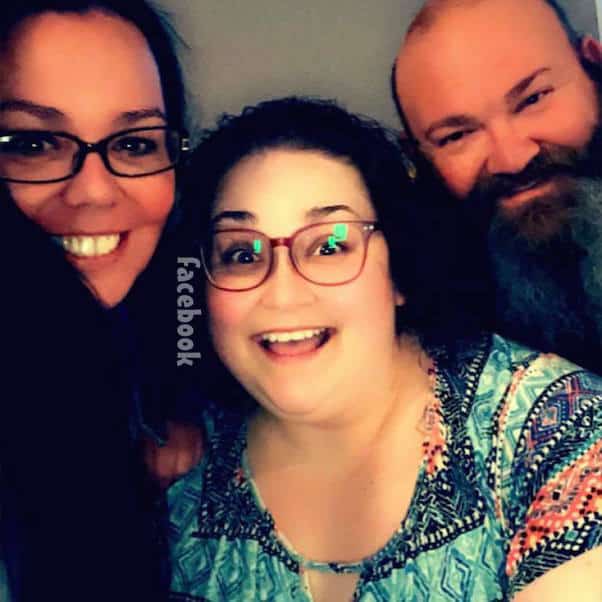 How are My 600 Lb Life Carrie and Chris today?

Carrie and her husband Chris Johnson appear to be as happy as they were together during Carrie’s episode, if not more so.

The proof? Consider the normally reserved Chris’ public declaration of love during the holidays, just before My 600 Lb Life fans met Carrie and began following her story.

“You don’t find happiness,” Chris wrote on social media, “you make it!! I love you Carrie Johnson!”

You can stream Carrie Johnson’s My 600 Lb Life Season 9 episode via TLC.

How is My 600 Lb Life’s Jeanne Covey now? (And does she still have her nine dogs?)