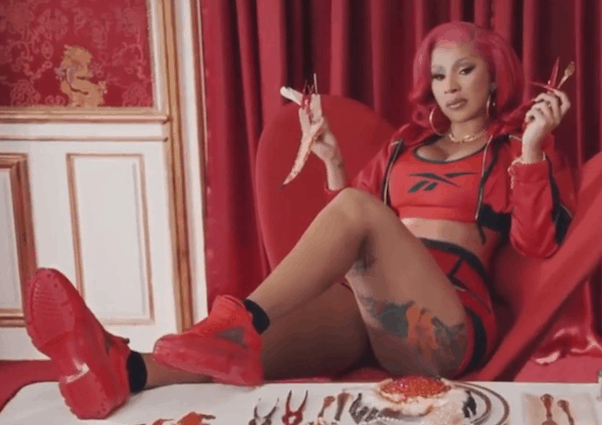 DLISTED – It comes as no surprise to learn about the Cardi B Woman of the Year accolade from Billboard; thanks to “WAP” this was arguably Cardi’s biggest year yet. But it also feels like we’ve said that each of the last few years, so maybe her huge star is still expanding?

CELEBITCHY – Apparently Camilla, Dutchess of Cornwall, is a huge fan of The Crown and plans to watch it “with a glass of red wine” and her “wonderful sense of humor,” making her exactly one member of the royal family about whom such things can be said

LAINEY GOSSIP – And on that note, enjoy “the five filthiest reads in The Crown season four” (#3 seems like a pretty good summary of the show itself?)

JEZEBEL – “Per Bravo’s shady montage scenes, RHOP’s newest cast member Dr. Wendy Osefo has brought up her education a fair degree, pun intended. But what is it about Osefo’s four degrees that gets under everyone’s skin—and what does it say about acceptable housewife behavior?”

THE HOLLYWOOD GOSSIP – Lauren Comeau is “no closer” to forgiving Javi Marroquin for trying to have sex with Kailyn Lowry in the parking lot of a gas station. Maybe she would have forgiven him by now if he hadn’t already cheated on her in one part of their house while she was asleep in another part

THE ASHLEY’S REALITY ROUNDUP – Yep, the Duggar family’s early engagements really appear to be linked to a desire for some sexy times

VOX – Wonder Woman 1984 is coming out on Christmas Day, but you don’t have to risk a holiday movie theater superspreader event to see it — the long-delayed film will also be available through HBO Max

GO FUG YOURSELF – Kylie Minogue wore a frilly black cocktail dress to for a Zoom appearance on a talk show at nine o’ clock in the morning; I for one hope this becomes the standard for all future celebrity morning chat show appearances, both during- and post-pandemic