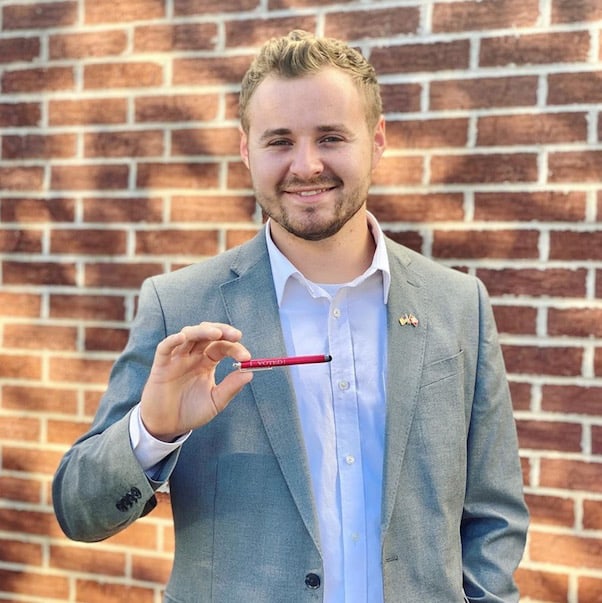 In what honestly comes as a surprise, 21-year-old Jed Duggar lost his very first race for public office. And despite the R next to his name and whatever of Jed’s actual TV earnings Jim Bob handed him, the Jed Duggar election result was really more like a drubbing. One wonders if Jill Dillard even voted against Jed.

In fact, to quote another, better-known Jed, the lad “got rogered but good.”

You may not remember Jed getting his name in headlines a couple of weeks before the election itself. (Given the events of November I know I have a hard time remembering back that far.)

In late October, Jed Duggar was accused of accepting an illegal campaign contribution from a donor in Louisiana. Retired banker Ross Little apparently gave Jed’s campaign for the 89th State House district seat $8,400, or $6,000 more than is permitted by law.

By Arkansas state law, Jed’s campaign was subject to a $7,000 fine for accepting beyond the legal amount.

And what happened after that? Doesn’t matter, because Jed Duggar lost handily. Incumbent Representative Megan Godfrey, a Democrat, cruised to victory, beating Jed 56.3% to 43.7%.

Just so you can see it a second time, here’s a screengrab of the exact same result, from local news station KNWA:

I’d like to point out just a few things about this particular election result. For starters, when Representative Godfrey won her seat in 2018, she did so by a margin of just .78%.

To give you a better understanding of how close the race was, consider the raw votes. In 2018, a total of 3,689 votes were cast for the 89th district seat. Godfrey, a 36-year-old public school teacher who’s also pursuing a Ph.D, defeated Republican incumbent Jeff Williams by just 29 votes.

This time, overall turnout was way up — but so was Representative Godfrey’s margin of victory. She beat Jed Duggar by 12.6% and 686 votes.

America’s current president got 50.5% of the vote in Washington County in the 2020 election, to 46.4% for President-Elect Joe Biden. (ICYMI: Biden won the election itself.)

Nonetheless, Jed Duggar wound up running almost seven full points *behind* his party’s standard-bearer. I really would have thought that the R next to Jed’s name would have been enough. But the good people of the 89th decision looked past partisanship and instead did what was best for their community.

Though it’s been a full week since Election Day, the 21-year-old hasn’t yet made a public statement on any of his social media pages. So we can only assume that Jed, unlike the aforementioned standard-bearer, has in fact called his opponent to concede.