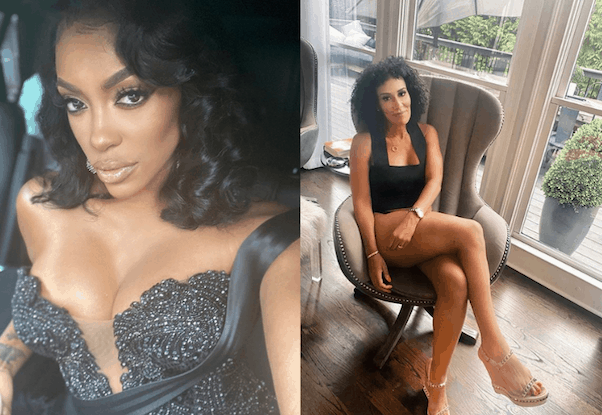 There were reportedly plenty of sexy times going down at the party: the original story described a lot of girl-on-girl activities, “from making out to oral sex,” among several — also unidentified — cast members. Then, once the party started to wind down around five AM, the two aforementioned cast members were said to have slipped off to a bedroom with the stripper and made a party of their own, with the ladies’ shouts of “F*** me harder” keeping at least two other cast members wide awake.

Before we get deeper into that, though — Kenya Moore had our favorite straight-up visual: 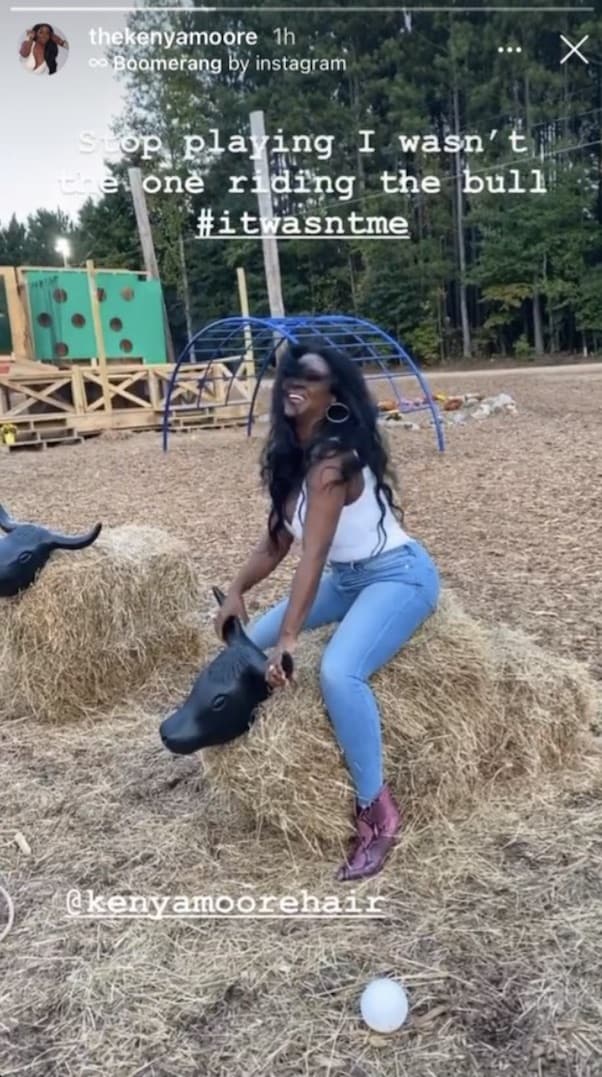 And friend of the Housewives Marlo Hampton had the hottest jam for her denial, throwing it all the way back to 2000 with a well-chosen Shaggy track:

Ohhhh this use to be my jam! #itwasntme 😂

As for RHOA Porsha and Tanya? It doesn’t look like Porsha has said anything about the allegations at all, choosing instead to let her dress for Cynthia’s wedding this past weekend do the talking. And since the gossip centered on Porsha and Tanya, Tanya has straight-up denied the gossip with a short and sternly worded message:

I will address this topic now and will not entertain this absurdity any further.

The rumor circulating about me is NOT TRUE.

So it’s kind of still anybody’s guess as to who got down with the stripper. According to the original report, the only Housewife in the clear is Cynthia Bailey. The anonymous source didn’t name any names except to say that the bride-to-be was not the one screaming for more behind closed doors.

It’s also being reported that RHOA’s camera crew didn’t capture any of the audio of the stripper sex, as they’d all gone to bed. But that night the two women were apparently confronted at dinner about their indiscretions, and that confrontation is said to be what will out the two women when RHOA Season 13 airs next year — assuming the tea doesn’t spill first.

Rumored romance heating up between Draya Michele and Tyrod Taylor