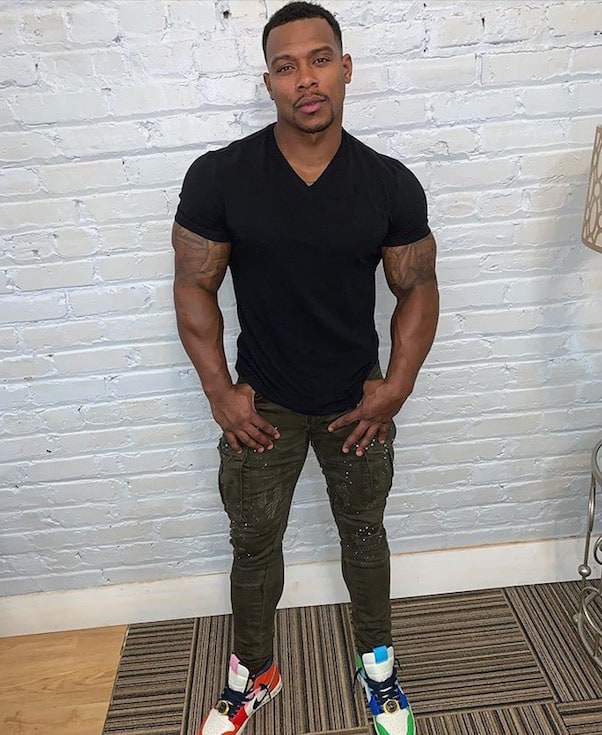 The alleged RHOA male stripper who helped make Cynthia Bailey’s bachelorette party a little more memorable for a couple of cast members is denying everything. Michael Bolwaire, a well-known stripper with a huge social media following, didn’t deny that he was at the party, but says “nothing happened” and further implied any male stripper who would go into the proverbial champagne room is simply unprofessional.

The last few days have seen a ton of rumors about what supposedly happened between the RHOA male stripper and two members of the Real Housewives of Atlanta cast as Cynthia’s party was winding down. According to initial reports, it was a pair of cast members who led the party’s featured entertainment into a bedroom as the rest of the cast was asleep; then, for an hour, shouted “F*** me harder” loud enough to wake up at least two other people. (Further gossip has outed Porsha Williams and Tanya Sam as the two cast members, though Tanya denies everything and Porsha let her silence do the talking.)

And it wasn’t long before the alleged identity of the RHOA male stripper came to light. According to multiple gossip sites, the man is Michael Bolwaire, a long-active performer with over 150,000 followers on Instagram alone. (Though a fair few of those followers came *after* the allegations broke.)

But Michael has also since denied that anything untoward took place. In a self-described PSA posted just as the wave of gossip was cresting, Michael leaned on his professionalism and the work he’s put in developing his “entire brand” as a means of denying that there were any sexy times beyond the stripping itself.

And here’s a transcript of Michael’s remarks:

To whom this may concern. I’m not just a stripper. I’m the stripper. I’ve built an entire brand off of professionalism. And it don’t just stop here, y’all. I got fans, followers, and supporters that’s been around for years that can attest to that.

The rumors and allegations that’s goin’ around right now: straight bullshit. Although I’m flattered to be in the same conversations as those beautiful women…nothing happened. I don’t need any unnecessary mileage on my dick. Again — nothing happened. Y’all be cool.

It’s actually kind of curious that Michael would use his brand’s presumed integrity to deny rumors he’s the RHOA male stripper everybody wants to see. After all, that kind of exposure would only be good for his brand. And that’s not to say that every stripper is a sex worker, or that strippers and sex workers are too money hungry to have integrity. It’s also possible that Michael is trying to save face for the cast members with husbands (in the initial report, only the just-remarried Cynthia Bailey was cleared of suspicion).

Real Housewives of Atlanta Season 13 is still filming. The new episodes are expected to premiere in the spring of 2021.

Kylie Jenner plans her own reality show with Tyga: Would you watch?