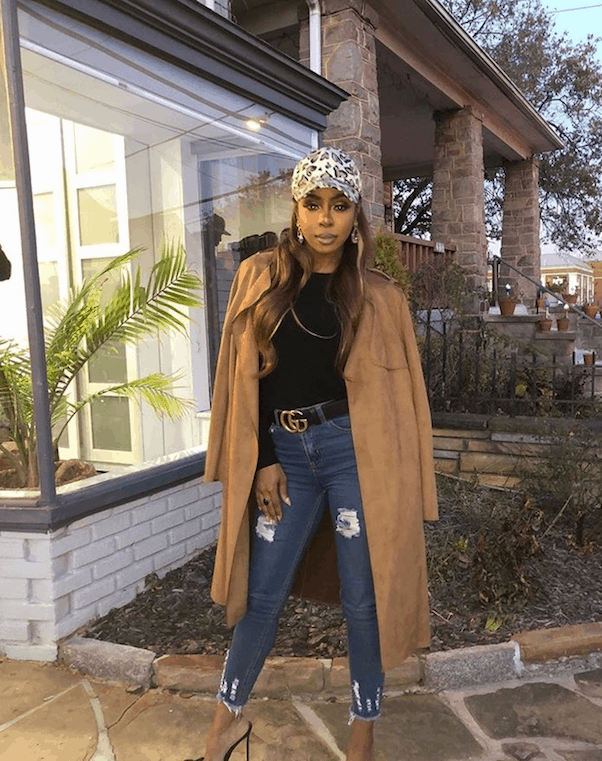 Season 5 of The Real Housewives of Potomac has seen plenty of rumors about Monique Samuels getting fired for lashing out at Candiace Dillard. But now that filming is done, it looks like Candiace Dillard fired might be what fans finally see. According to a new report, Candiace is no longer a cast member following a surprise second fight she supposedly started with Ashley Darby.

On top of Candiace’s (still-rumored) second fight of the season, there have been a host of other issues this year. There was also Candiace’s homophobic tweets, and her “death wish” for a critical blogger who later passed away due to medical issues Candiace is said to have known about.

Apparently, the internal and external drama became too much for Bravo.

Is Candiace Dillard fired from The Real Housewives of Potomac?

The talk of Candiace being let go from the RHOP cast heated up following a new report involving an alleged insider. According to the YouTube gossip blog Up and Adam, “somebody behind the scenes at the show” has been talking about a cast shakeup that may have already happened.

Per that source, there is a “rumor that we might be losing one of our Housewives.” That Housewife is Candiace Dillard, who it seems has forced Bravo “make a conscious choice, based off the actions of said person.”

Here’s the new report in full:

According to Adam, Candiace’s fight with Monique had less to do with her dismissal than everything that’s come since.

For starters, things between Candiace and Monique have gotten very messy. Monique claims Candiace told her she doesn’t even want an apology, and that Candiace told Monique’s lawyer what she will accept is money.

And Candiace has accused Monique of getting her followers to troll Candiace on social media.

Again, right now this is only a rumor. Even the anonymous source in the report above appears to say that there’s a “rumor” Candiace is being fired. That could suggest that the source doesn’t know Candiace’s fate for surecertain

But it seems that there are two more major fights coming this season. They both involve Candiace: one of them indirectly, and one of them directly. And it’s the second fight that seems to be raising eyebrows.

But apparently that fight leads to some bad blood between Candiace and Ashley. And evidently Candiace winds up “going after” Ashley.

But the source claims that Candiace does also threaten to fight Karen.

After talking with his source, Adam posits that “Bravo is going to have to hold [Candiace] accountable, and it is what it is.”

He also points out that “Bravo has already let go of so many other [Housewives] for so much less.”

There are two other matters that appear to be weighing against Candiace. She wrote the aforementioned homophobic tweets years ago, but they resurfaced this past summer, in the midst of larger social justice conversations sparked by the death of George Floyd.

Candiace did apologize for her tweets, saying saying that she had been “speaking carelessly and crassly” when she wrote them.

Khyle, who sided with Monique following her fight with Candiace, earned Candiace’s ire in a since-deleted IG video. Among other things, Candiace said she hoped Khyle — who suffered from several medical issues, including kidney problems — would “drop dead.”

Unfortunately, earlier this month, Khyle died of his ailments. Candiace has yet to respond publicly to his death.

But all the minor and major controversies of the past year may have been too much for the higher-ups at Bravo to tolerate as Season 5 comes to a close.