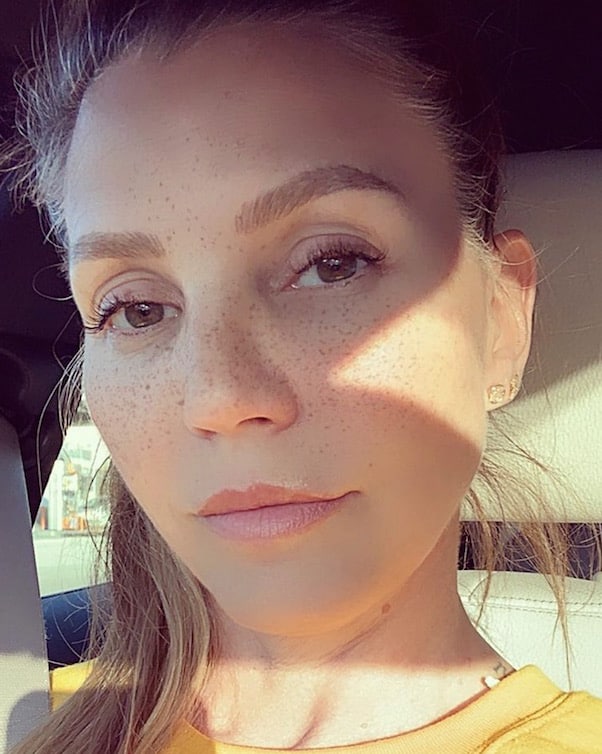 CELEBITCHY – There have been accusations and gossip about Joss Whedon’s behavior for years, but this is the first time we’ve heard anything about Charisma Carpenter and Joss Whedon, who worked together on Buffy the Vampire Slayer for years. According to Charisma — whose lengthy post was backed up by other former cast members — Whedon was a bully on set and created a toxic environment that traumatized her for years

THE BLAST – Britney Spears has yet to address her infamous conservatorship or the new Netflix documentary about her, but she has used social media to tell her fans that she’s using the time off to learn how to become a “normal person”

THE ASHLEY’S REALITY ROUNDUP – For your Valentine’s Day perusal: “How To Have a ‘Progressive Date’ a la Jill & Derick Dillard: 10 Creepy & Awkward Steps”

LAINEY GOSSIP – Meghan Markle has won her lawsuit against Associated Newspapers, the parent company of the Daily Mail, which a court found violated Meghan’s “privacy and copyright” by publishing a letter to her shameless grifter father Thomas. It turns out this is also the second case the DM has lost against the Markles in the past two weeks. I wouldn’t expect a tabloid to change its behavior, but the legal precedents are good

GO FUG YOURSELF – Here are a bunch of “hideous” and / or creepy (and also kind of neat?) Valentines Day cards from the long-ago period of the 1920s, when absinthe made every heartfelt thing weird

REALITY TEA – Now that Real Housewives of Salt Lake City‘s first season is wrapping up, Lisa Barlow appears to be pulling back the curtain somewhat with regard to which cast members “put it on heavy for [the] camera”

DLISTED – Apparently Bruce Springsteen’s DWI arrest should never have happened, since he only blew a .02 and New Jersey’s legal limit is .08. What I still don’t understand is, given his legal blood-alcohol level, how exactly Springsteen was arrested in the first place

JEZEBEL – If, over the past year, you’ve been put in the delicious-yet-unfortunate position of wondering whether it’s okay to tell a mask-shunning friend who caught COVID “I told you so,” has Jezebel got an advice column for you

VOX – Finally, if you’ve been anticipating the third To All the Boys movie, the first reviews are coming in. Like this one: “This movie is just okay. It’s nothing more than that”