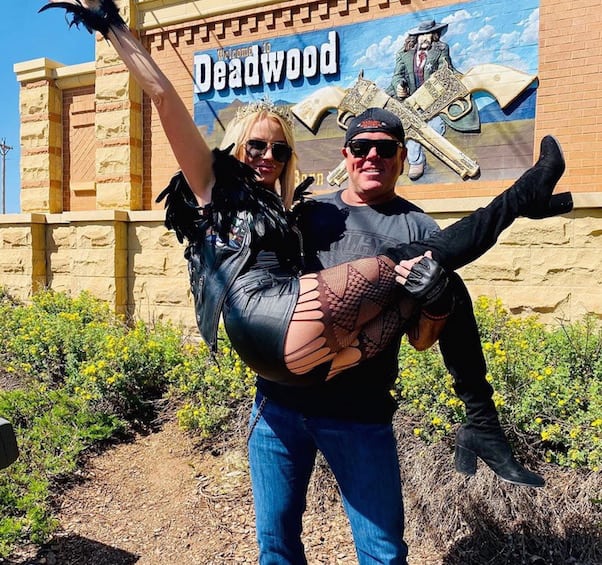 Whitney Rose has already made quite an impression on Real Housewives of Salt Lake City viewers thanks to the shocking story of how she met her man. (Though the story of how co-star Mary Cosby got married to *her* husband has, understandably, gotten more attention.)

And we’ve learned quite a bit about Whitney Rose’s husband, Justin, since the RHOSLC premiere. But Whitney’s ex, like that of Heather Gay, remains shrouded in mystery.

Who is Whitney Rose’s husband? How old is Justin Rose?

For decades, Whitney’s husband Justin has been a high-powered executive around the greater Salt Lake City area. Justin is a little bit like Jen Shah’s husband Sharrieff in that regard.

While he’s just now being introduced to a national audience, he’s been a familiar regional face for quite some time. And Justin’s business acumen is something he also shares with Lisa Barlow’s husband, John.

But the two actually fell in love when they were both much younger. As Whitney has explained, the pair met when she was just starting out as an overseer of regional events and recognition at Nu Skin Enterprises.

And yes, Justin was Whitney’s boss. Except he was also quite a bit more than that. Per Justin’s LinkedIn profile, he was actually the President of Nu Skin in North America.

Both Whitney and Justin were married at the time. But the flames of their passion simply would not be denied. Within weeks, Whitney was pregnant.

Whitney’s own LinkedIn profile reveals she left Nu Skin in November of 2009. That’s the exact same month the couple, who just celebrated their eleventh wedding anniversary, was married.

It seems the marriage was also a good financial decision for Whitney. The Economic Research Institute — which certainly sounds like a reliable source! — says that Justin made $1.23 million last year alone. He’s currently the CSO of a dietary supplement company called LifeVantage.

Who was Whitney Rose married to before Justin? What is her maiden name?

Unfortunately, it looks like Whitney Rose’s ex-husband wants no part of the RHOSLC spotlight. The man — who’s now been legally separated from Whitney for over a decade — has that in common with Heather Gay’s mysterious ex.

Neither former spouse appears in any of their ex-wives’ public photos or social media posts.

It’s also worth pointing out that Whitney Rose didn’t appear to have any children by her ex-husband. So it’s possible that there’s nothing linking the two, other than increasingly distant memories.

And, given the Mormon church’s attitude toward extramarital affairs, that might be best for both of them. As Whitney recently explained, her affair with Justin got her “unofficially excommunicated” from the Mormon church.

“I wasn’t forced out, which is shocking,” she told ET. “An unofficial excommunication means that you leave by your own free will. I stopped practicing, I removed my Mormon garments that I was wearing, which is the underwear you receive when you make a commitment in the Mormon Church.”

(Important side note: I’m going to need to write a future article on the Mormon church’s special commitment underwear!)

Whitney further revealed that her affair did “unimaginable” devastation to her life.

“I’ve already blown up my life,” she said. “I’ve lost family, friends, I’ve hurt tons of people. I’ve been judged, I’ve been…everything, so it’s almost like therapy to sit here in front of the world and say, yes, this is how it started.”

How old is Whitney Rose? How old are her children?

We mentioned earlier that there’s an eighteen-year gap between Whitney Rose and her husband Justin. As Justin is 52 years old, Whitney Rose’s age is 34.

We also mentioned it’s been eleven years since the two began their relationship. Given that, it would appear that Whitney and Justin got married when she was 23 and he was 41.

(We should also point out that everything we said above about Whitney Rose’s first husband also applies to Justin Rose’s first wife. Presumably, Justin’s ex is also a member of the Mormon church, and wants nothing to do with her ex-husband or The Real Housewives of Salt Lake City in general.)

Whitney Rose and Justin have two children together. Their oldest is their daughter, Bobbi, with whom Whitney became pregnant very shortly after beginning her affair with Justin. 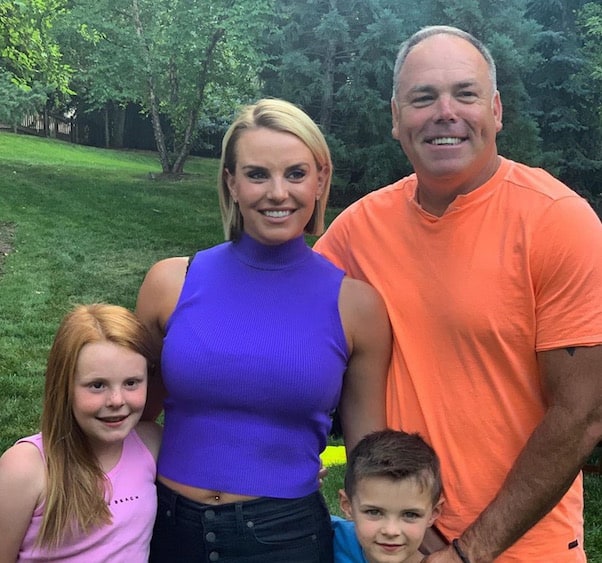 Unlike Whitney, though, Justin has three children from his first marriage. And, as you might expect, all three are quite a bit older than Justin’s children with Whitney.

Whitney Rose is stepmother to Justin’s three sons. The eldest, Cash, is 27; next comes McCade, 24; and the youngest is Trey, 21.

Speaking of family connections, here’s one final note of interest. In an interview with Salt Lake City outlet KUTV, Whitney revealed that it’s her second cousin — one Heather Gay — who “roped [her] into” becoming a Real Housewife.

You’ll find Whitney on Instagram and Twitter. She also owns Iris and Beau, her own line of skincare products.

The Real Housewives of Salt Lake City airs Wednesday nights at 10 on Bravo.