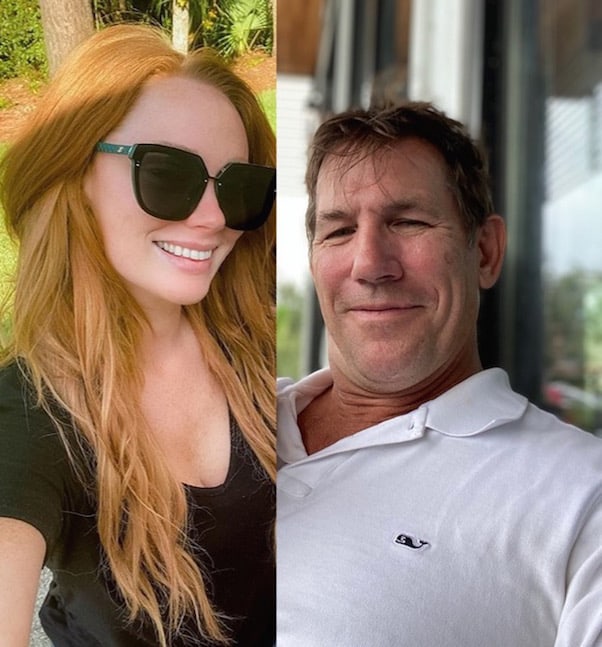 Now that we’re on the cusp of a brand new season, we’ve finally got a reliable Southern Charm Thomas Ravenel update for you. It turns out the disgraced former star of the show, initially fired following his arrest on sexual assault charges, will actually be a part of the cast this year.

However, Ravenel’s presence might not be what you’d expect. Though his screen time is likely to be quite limited, the most infamous member of the Southern Charm cast appears to cast a long shadow over the new episodes.

Southern Charm Thomas Ravenel update: Will he appear in Season 7?

The short answer to “Is Thomas Ravenel back on Southern Charm?” is an emphatic yes. Ravenel himself recently went back on his months-old promise to never appear on the show again, revealing he spent some time filming under stressful circumstances.

According to Ravenel, his former flame Kathryn Dennis and their two children had to move into his house earlier this year.

It seems Dennis’ house “was being painted,” and “it wasn’t safe for her,” her six-year-old daughter Kensie, or her four-year-old son, Saint. Naturally, then, she asked her children’s estranged father if they could all bunk up with him until the fumes cleared.

“I just let them film a little segment with the kids as a favor to Kathryn,” Thomas explained, confirming that Bravo’s cameras were indeed rolling. Ravenel also added, “I wasn’t paid.”

We should point out a huge misconception in the coverage of this story. It looks like almost every gossip blog — including Us magazine, which broke the story — claims Dennis and the kids stayed in Ravenel’s guest house.

But Ravenel’s original quote is that Kathryn “was staying at my house in the guest room.” (Emphasis added.)

This could of course be nothing. Ravenel might have just been looking out for his baby mama and outraged at the thought of his two children having to live in a hotel for any length of time.

But a guest room in the same house is a world of difference from an entirely separate guest house. And we’ll point out that the filming apparently took place not long after Ravenel and Dennis were spotted out together in Charleston, sparking rumors of a reconciliation.

At the same time, Ravenel is experiencing life with a newborn all over again. This past spring, gossip swirled about a mystery woman he’d allegedly gotten pregnant.

A few months later, Ravenel confirmed the birth of his third child. His son, Jonathan Jackson Ravenel, was born on June 29th. Since then, Ravenel’s social media feeds have been filled with pictures of the little guy.

Jonathan also makes an appearance — by name only — in the Southern Charm Season 7 trailer. In a quick exchange, Kathryn tells co-star Dennis Baird that her ex “got a girl pregnant.”

And, while Thomas himself doesn’t appear in the trailer, there are rumors a-plenty that he will actually be in the premiere episode.

The Thomas Ravenel Heather Mascoe wedding could even be filmed

Honestly, all this talk of Thomas has to have Bravo execs breathing a sigh of relief. Ravenel’s possible return to the show — in any capacity — would be ratings gold. There’s already plenty of speculation that his wedding to Heather Moscoe, Jonathan’s mother, might be filmed for later use.

Plus, Southern Charm has struggled without Ravenel.

Southern Charm Season 7 was allegedly the most difficult the show has ever filmed. It was exactly one year ago that we published a report detailing the gossip that the network ordered all early footage scrapped, as it was deemed unwatchable.

The still-unconfirmed move was said to be a first for an established Bravo franchise.

In the report above, Ravenel also said he didn’t think Bravo would wind up using any of the footage they filmed with himself, Kathryn, and their two children.

But that has to be just a coy response on his part. Given the bombs the two ex-lovers dropped on each other during their long estrangement, why wouldn’t the network use any and all new footage they have of the pair?

And, if Ravenel’s appearance in the premiere makes it a ratings hit, why wouldn’t Bravo then try to get him back every once in awhile? His upcoming prenup-free marriage to Moscoe has to have network higher-ups scrambling to get him under some sort of contract.

Tom Cruise and Cameron Diaz stroll through a French vineyard