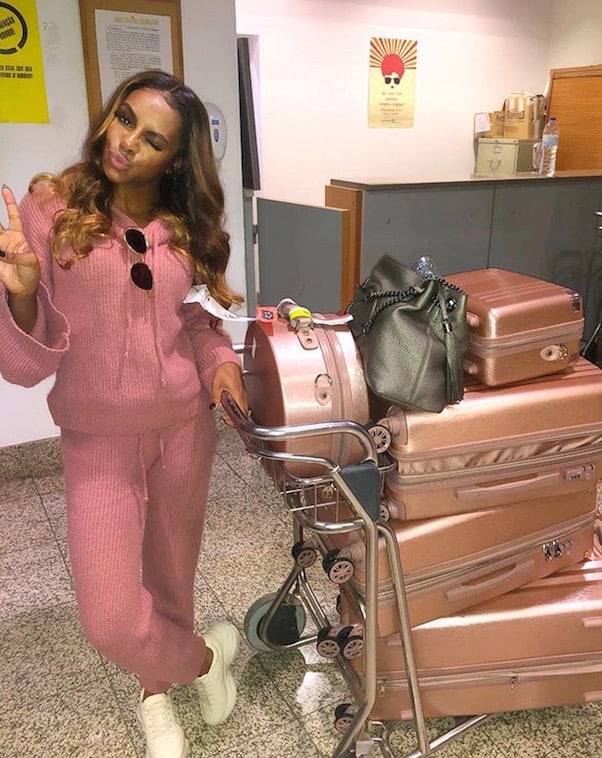 REALITY TEA – You may recall that a few months ago, RHOP star Candiace Dillard spewed some hate at a DC-area blogger who sided with Monique in the pair’s fight. Apparently, Candiace knew that the blogger suffered from several medical issues, including seemingly serious kidney problems. And in a video response to his post on the fight, she said she hoped he “dropped dead.” Well, Candiace Dillard’s death wish has come true, because the blogger — whose name was Khyle Paylor — recently died. Candiace has yet to comment on Khyle’s death or her original comments

JEZEBEL – At first, it looked like the white Republican politician from Pennsylvania saying he was a “black gay guy” on Twitter had just forgotten to log into his burner account first. But then it turned out that the alleged burner account — which really did look fake as hell — belongs to a real black gay guy? And the black gay guy is also Patti LaBelle’s son? Twitter has gotten even weirder since the election

CELEBITCHY – It looks like the White House is still standing in name only. Apparently even the most die-hard staffers for America’s current president know he lost the election and that his legal challenges couldn’t stand up to a stiff breeze. The president himself remains in denial

THE BLAST – Britney Spears’ mother, Lynne Spears, says she agrees with Britney that Jamie Spears “should be removed as co-conservator of the singer’s estate.” Lynne’s lawyer has said as much in court in defense of Britney

LAINEY GOSSIP – So it looks like Dominic West is exactly as horrible a guy as everyone suspected. Weeks after news broke of his affair with his The Affair co-star Lily James — and the subsequent total sham photo shoot West cajoled his wife, Catherine Fitzgerald, into posing alongside him for — the couple’s marriage appears to be over. Catherine is apparently dropping Dominic like the skeleton of a bird she fished out of her dog’s mouth thinking it was a stick because “Lily means more to [Dominic] than just a fling.” I was less disgusted by the bird corpse

GO FUG YOURSELF – And now, some levity: “Oh, What the Hell, Let’s Look at More Hats”

DLISTED – Carl Lentz, the former pastor of Hillsong, was thrown out of his Bieber-tastic church after having a lengthy affair. Now, the woman with whom Lentz cheated is spilling her tea — and it sounds like he was just a wee bit manipulative

THE ASHLEY’S REALITY ROUNDUP – “Jon Gosselin Claims His Kids in Kate Gosselin’s Custody Are ‘Shunning’ the Siblings Who Live With Him; Says He Hasn’t Spoken to Six of His Kids in Two Years”

THE HOLLYWOOD GOSSIP – Kylie Jenner is the first Kardashian to reach the elusive 200 million follower plateau on Instagram. (She’s nowhere near the top — #1 is Christiano Ronaldo, with 242 million.) Raise your hand if you remember way back when she was just a little 50 million follower-tyke. She wasn’t even public with Tyga back then! Aah, they sure do grow up fast

VOX – Apparently Hillbilly Elegy is garbage, so this is a nice instance of the poster telling you exactly how good the movie will be