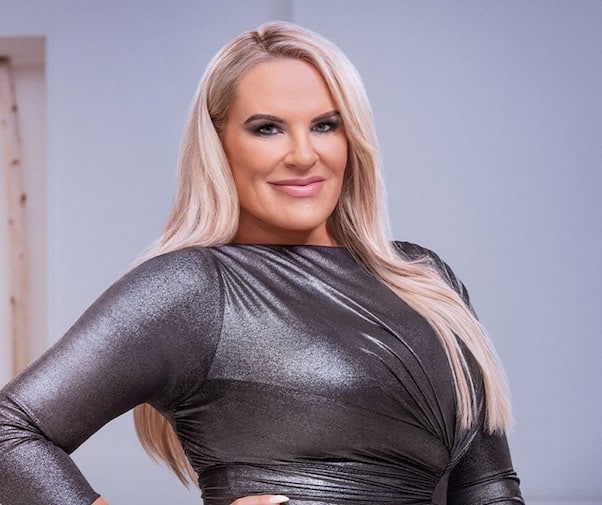 RHOSLC star Heather Gay’s back story remains one of the more mysterious on the show. Jen Shah has been up front about her own religious and business lives. Mary Cosby’s extremely unusual marriage still has fans talking.

And Lisa Barlow’s merging of alcohol and faith in something she calls “Mormon 2.0” has proven a huge financial success.

And it’s not as if Heather has been reluctant to share details from her personal live. But Heather’s ex-husband’s unwillingness to even have his name mentioned on the air has only increased the speculation about his identity.

So, who was Heather Gay married to? And why did the couple divorce years before The Real Housewives of Salt Lake City began filming?

Who was Heather Gay married to? Who are her children?

The identity of Heather Gay’s ex will come out sooner or later. He’s unlikely to change his mind about appearing on The Real Housewives of Salt Lake City — or to have his name or any details about himself mentioned on the show.

But that doesn’t mean Heather hasn’t shared *any* information about her marriage, her divorce — or her ex’s feelings on her rise to Real Housewives stardom.

Heather addressed her former husband’s seemingly dismissive feelings about the show in the post-premiere episode of Watch What Happens Live. When host Andy Cohen asked Heather how her ex felt about Heather being cast, Heather’s response was both charitable and blunt.

“You know, he’s been supportive in his own way,” Heather said, diplomatically.

But the rest of her response didn’t sound very supportive. “But, like, when it first came out, the trailers?” she continued. “He said, ‘Housewives? Real classy. Thumbs-down emoji.’ We know emojis can speak volumes, but that’s what he said.”

On the episode itself, Heather explained that her ex-husband “completely” supports Heather and their three daughters as far as finances go. Heather has full custody of Ashley (age 17), Georgia (14), and Annabelle (13), though, so the parenting decisions are all hers.

“Our co-parenting is: I do the work and he pays the bills,” Heather explained. 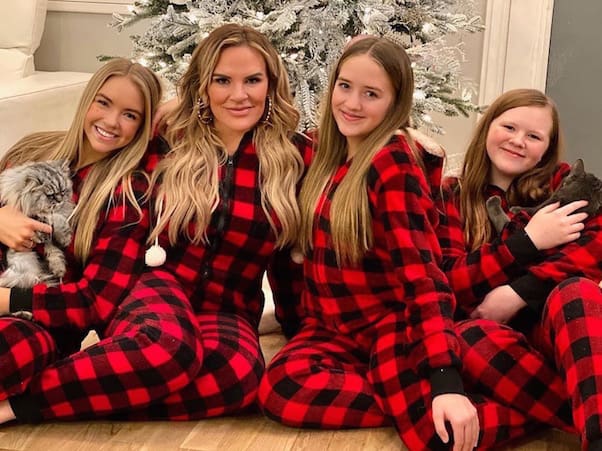 In a recent Salt Lake Tribune article, Heather’s thoughts on her marriage didn’t sound as happy. “I was a dutiful housewife for eleven years,” Heather said. “The sun rose and set on [my ex’s] happiness and making his dinner and the kids being bathed and cute and in jammies by 7 p.m.”

In the same article, Heather calls her divorce “devastating.” It’s a sentiment she echoed in another recent feature.

“I didn’t know how to function,” Heather told Page Six shortly before the RHOSLC premiere. she said of her painful divorce. “I’m still having a very, very difficult time. I didn’t know anyone that was Mormon and divorced and single and happy.

“I either had to get remarried or redefine my entire life,” Heather went on. “I had three little kids and I didn’t know how to do it and nobody gave me any guidance.”

Were Heather Gay and Bret Engemann a couple?

It looks like more than a few gossip sites have identified former BYU college quarterback Bret Engemann as Heather Gay’s ex husband. However, we can debunk that claim, which is a mixup of info from the earliest RHOSLC cast rumors.

Back in late 2019, when Bravo confirmed news of The Real Housewives of Salt Lake City, there was plenty of talk about who the Housewives would be. From then and a few months into 2020, it looked like SLC notable Angie Harrington was going to be a member of the cast.

And Angie Harrington was indeed married to Bret Engemann. The couple has two sons together; Angie runs a fashion blog.

But, for whatever reason, Bravo decided to go in a different direction with the final cast for Season 1.

Despite that, somehow some wires got crossed, and multiple sites have reported that Heather and Bret were married. But it was actually Bret and Angie.

And who knows? Maybe Angie will show up in a future cast iteration.

For now, you can follow Heather Gay on Twitter and on Instagram. If you’re in Salt Lake City, you can also visit Beauty Lab + Laser, Heather’s “skin care beauty injection” center.

The Real Housewives of Salt Lake City airs Wednesday nights at 10 on Bravo.