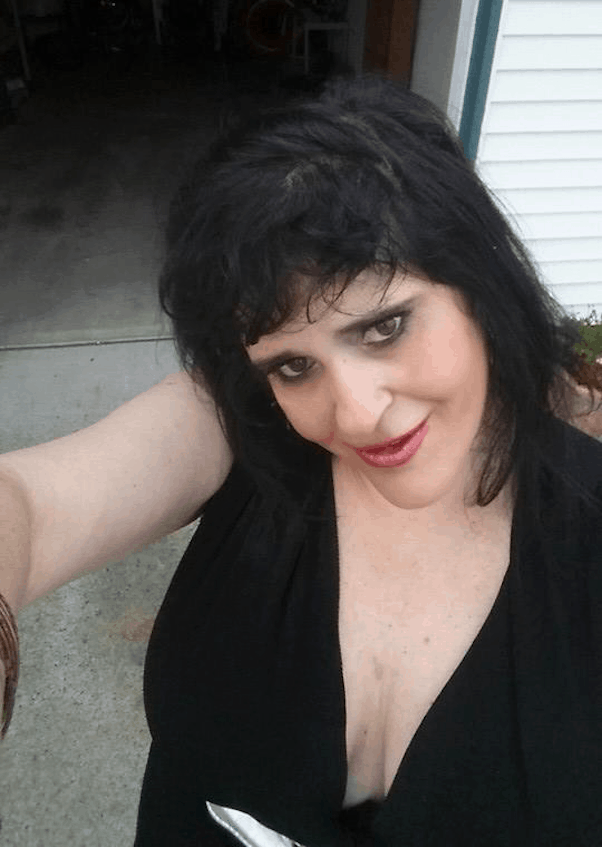 We’ve got an update on the My Strange Addiction Kristie episode; unfortunately, though, it’s a sad one. Since TLC is digging up some old episodes of the early reality TV hit for a mini-marathon, we thought we’d check up on a few of the show’s cast members. And some of them — like Karmello, the woman addicted to butt injections — appear to have happy endings.

My Strange Addiction Kristie update: Is she still eating dirt?

In an interview shortly after her episode aired, Kristie said she was struggling to stop eating dirt. The reason was a sobering one: Kristie revealed she’d been diagnosed with pancreatic cancer. Though doctors couldn’t definitively connect her dirt eating with the cancer’s growth, Kristie said the thought that there could be any connection was motivation enough to quit.

41-year-old Kristie Spinuzza made her reality TV debut back in 2012. At the time, Kristie was trying to quit eating dirt in order to save her teeth. Her dental bills were staggering, and Kristie’s teeth were literally breaking down in order to keep up with her habit.

“I’ve spent at least $20,000 on my teeth, just from eating dirt,” Kristie said. “Not including what [regular dental work] I needed to have done. I’ve lost two teeth because of cracking them. And then I have two crowns that I’ve already had put on, and they are getting cracked.”

Kristie also explained that eating dirt has been grinding her teeth down, but that her dentist thought the wear was from Kristi “grinding [her] teeth at night.” The real reason, Kristie explained, was still a secret.

It was in the aforementioned interview with Eugene, Oregon’s KVAL that Kristie disclosed her life-threatening diagnosis. Immediately upon being told she had pancreatic cancer, Kristie asked her doctors if her dirt eating habit was a cause. Kristie’s particular form of pancreatic cancer “is so rare,” her doctors said, “they can’t say the dirt’s directly connected. They also can’t rule it out.”

The response was enough to get Kristie to quit:

The cancer is motivation enough to get her to stop eating dirt, if only so she can be around to raise her teenage son. She realizes she needs to resist the urge to connect with the earth in a manner that may be killing her.

It does look like My Strange Addiction Kristie was able to kick that addiction for at least a while. But, while we haven’t been able to find out whether Kristie died of pancreatic cancer, we do know that she lost her life. Kristie died on November 7th, 2014. According to her obituary, Kristie’s loved ones were with her when she passed.

The obituary also reveals that Kristie spent the last few months of her life in happiness with the man she loved. In December 2013, she married Michael Henning, her longtime boyfriend and partner, on a “glorious day” that was “one of the happiest…of [Kristie’s] life.”

We’ll close with a lengthy passage from Kristie’s obituary, one that paints a beautiful picture of a loved and loving woman. (You can read the obituary in full here.)

Kristie passed peacefully in Clackamas, OR with her loved ones by her side. Kristie married the love of her life, her true soul mate, Michael Hanning in December of 2013 in Las Vegas, NV. Her family and friends galore were at her side watching this beautiful bride and handsome groom finally tie the knot after years of togetherness. She received her biggest wish of having her family share this glorious day and in it’s glory was one of the happiest days of her life.

Kristie was a loving, caring and giving person, always there for everyone; she would take in anyone in need and give them everything she had, even if it meant for her to go without. She was kind and forgiving even to those who abused her kindness and was accepting of their faults. She was a beautiful women with the heart of an angel who loved her family and everyone she met.

The My Strange Addiction Kristie episode is available for streaming; it will also air at 9:00 tonight on TLC.