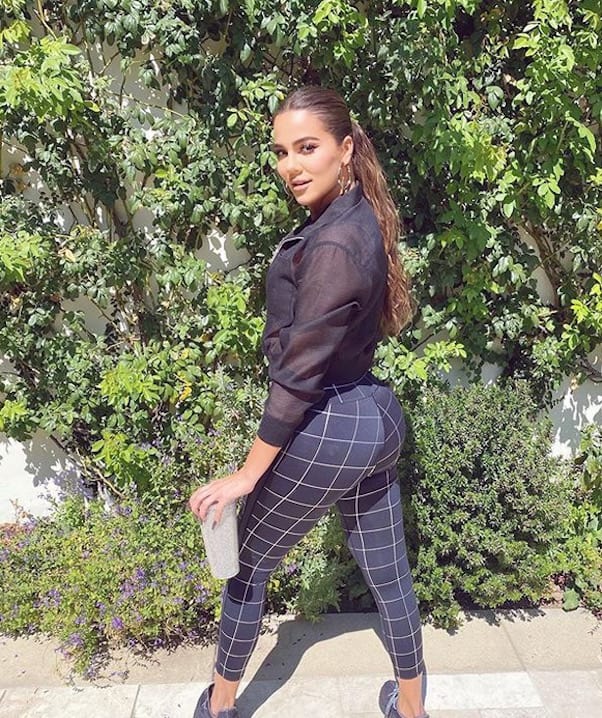 THE HOLLYWOOD GOSSIP – Just when you think the gossip has died down, the subject of the gossip comes along and stirs it back up! The topic today is Khloe Kardashian plastic surgery, because Khloe would like you to know that she’s actually never had any performed. And apparently “micro-injections, laser work, and facial contouring” don’t count

CELEBITCHY – Netflix’s adaptation of the bestselling and problematic memoir Hilbilly Elegy finally has a trailer. The movie stars Amy Adams and Glenn Close, both of whom are getting Oscar buzz for their roles. Based on reaction to the trailer, if they do win it’ll be for the same reason Martin Scorsese won for The Departed

THE ASHLEY’S REALITY ROUNDUP – Kate Gosselin, who’s reportedly been living off of TLC residuals for the last year or so, is said to be “struggling with money” and has put the Kate Plus 8 house on the market for $400,000 less than what she paid

REALITY TEA – According to Real Housewives of Orange County star Emily Simpson, her co-star Braunwyn Windham-Burke has become such a point of contention that every single one of the show’s cast members unfollowed her on social media and none of them are speaking to her

JEZEBEL – And on that note: “The Real Housewives of Orange County is officially back for season 15, sans a few of its longest running stars, and it is truly worse than ever”

GO FUG YOURSELF – Let’s just come out and say it: Irina Shayk’s top looks like it has two perfectly symmetrical if misaligned breast holes in it. Abraham Lincoln used to go barefoot to let his feet breathe; maybe the designer of this shirt had the same thing in mind, but for boobs

DLISTED – This house in Riverside CA has such realistic-looking Halloween decorations that neighbors have called various authorities several times. The kicker is the fake flames shooting up from the windows, complete with at least one heavy-duty smoke machine, which has led the fire department to come out more than once

THE BLAST – When Chadwick Boseman died in August, he didn’t leave behind a will. His wife, Taylor Simone Ledward, is now petitioning an LA County judge to make her the executrix of Chadwick’s estate

VOX – Lo and behold, when an entire country decides to listen to scientists for advice on dealing with a pandemic, that country is better able to handle the pandemic than its neighbors