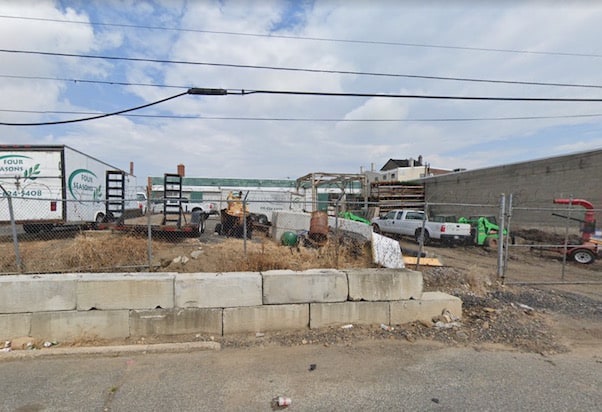 It was the absolute best and most fitting way for Donald Trump’s presidency to end. And it didn’t involve any electoral drama, or COVID intrigue, or embarrassing White House standoffs. Nor was Kanye involved in any way.

No, the Trump event at Four Seasons Total Landscaping in Philadelphia was the perfect end of the Trump era because it was a distillation of everything about the man: a big promise, a lot of buildup, stone-faced commitment to a ridiculous mistake.

And then, ultimately, nothing of substance at all.

Why was there a Trump event at Four Seasons Landscaping in the first place?

Trump’s latest bit of buffoonery came about because of what looks like a simple mistake. Yesterday morning, when it looked like the 2020 presidential election had finally turned for Biden, Trump announced on Twitter that his campaign would be holding a press conference at the Philadelphia Four Seasons.

But that tweet was quickly deleted. A few minutes later, Trump again tweeted that the Four Seasons would be the venue, but changed the time. Then, he deleted that tweet, as well.

Finally, at 6:45 in the morning, Trump wrote a third tweet promising a “big press conference.” Only this time, instead of the Four Seasons — an internationally known luxury hotel chain — the venue was apparently something called Four Seasons Total Landscaping.

Naturally, this led to some confusion! Had Trump actually meant to say the press conference would be at the Four Seasons hotel, but out on the lawn?

(For the record: while the Philadelphia Four Seasons Hotel does boast a bitchingly cool indoor infinity pool, it does not appear to have a lawn of any sort.)

Exactly an hour later, the hotel itself announced that there were no Trump events happening within its confines.

Instead, it looked like what happened was the most obvious, dumbest thing possible. Since the Four Seasons declined the Trump campaign’s request to hold a press conference at the hotel, it seems a still-anonymous staffer tried to see if the event could still happen — just outside of the hotel itself.

Because the first result you get when you do a Google search for “Four Seasons lawn Philadelphia” is what happened next.

Trump’s Four Seasons Press Conference was over before it began

Before long, there was a media huddle in the parking lot of Four Seasons Total Landscaping, a lawn care company that’s operated at 7346 Melrose Street in Philadelphia since 1992. It’s next door to Fantasy Island, an adult bookstore and novelty shop.

Fantasy Island’s owner, when asked by local reporter and Deadspin alum Dan McQuade, said he had no idea why the Trump campaign would want to host an event at this particular Four Seasons. The owner mostly seemed annoyed at the extra cars parking in his store’s spaces.

(Appropriately enough, Four Seasons Total Landscaping is also located across the street from a crematorium.)

The business was closed at the time, but it seems the owners had in fact been contacted and agreed to host Trump. (More on that in a bit.)

However, the five-day count of votes that began on Election Day 2020 was fast finishing. Pennsylvania, the state that would put now-President-elect Joe Biden over the top, hadn’t been called because the networks wanted to wait for his lead over now-voted-out President Trump to reach half of a percentage point.

In Pennsylvania, the threshold for a recount is .5%, and it seems the networks were waiting for Biden to clear that threshold before declaring him the winner of the state’s 20 electoral votes — and, with them, more than enough to win the presidency.

Unfortunately for the Trump campaign’s still-unfounded claims of rampant voter fraud, the networks began calling the race at 11:25 AM.

So, just five minutes before Trump’s Four Seasons event was scheduled to begin, the press started to pack up and leave:

News filtering through here that the race has been called. Some press are leaving. pic.twitter.com/WMvruc6JD0

By the time Rudy Giuliani took the stage and started accusing Democrats of voter fraud without offering any specifics, there was almost no one from the media present at all.

Based on the company’s first social media update after the failed press conference — and their first update in several weeks — it looks like Marie Siravo, Four Seasons’ owner, did, in fact, know what Trump’s campaign was doing.

In a Facebook post a few hours after the debacle, the “family-owned small business” said it was “honored to be asked to host a press conference.”

Siravo also suggested she isn’t necessarily a Trump supporter. “Our team at Four Seasons would have proudly hosted any presidential candidate’s campaign at our business,” she wrote, adding, “We strongly believe in America and in democracy.”

Above all, Marie Siravo is a savvy businesswoman. “For those interested in purchasing shirts,” her message concluded, “our website will have a Merchandise tab uploaded by Monday Morning.”

And no, this technically isn’t the end of the Trump presidency. We’ve still got about ten weeks left with him in charge of the executive branch.

But Donald Trump is a man who says he has done and can do things he never did and never intended to do. His voter fraud claims are just the latest example.

And he’s demonstrated no acknowledgement that he lost the election. In fact, over the last few days, Washington gossip has focused on whether the Secret Service will have to literally drag Trump from the White House on January 20th.