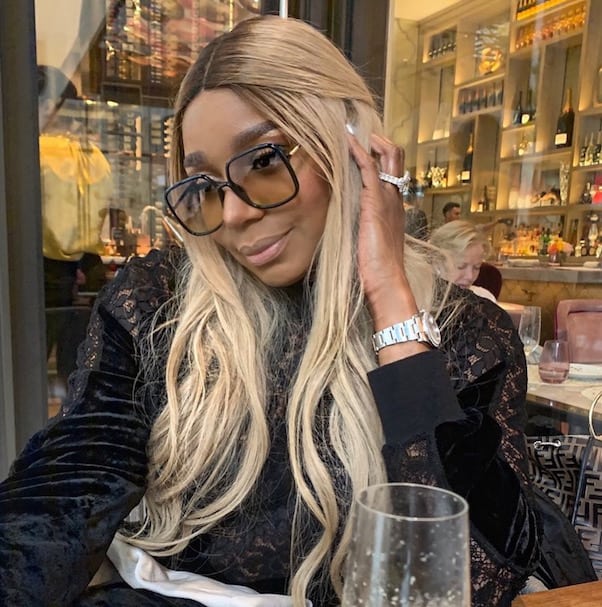 It looks like things might be right back at feud mode for NeNe Leakes and Cynthia Bailey. The Real Housewives of Atlanta stars and former besties reconciled briefly following their “friend feud” on the show.

However, recent gossip suggests that there’s once again no love lost between them.

And NeNe probably didn’t do herself any favors by calling Andy Cohen a racist and Wendy Williams a hopeless cocaine addict. But if there is any new bad blood between the two, it’s likely due to NeNe’s alleged requirement of a $125,000 appearance fee — to show up at Cynthia’s wedding a couple weeks back.

Are NeNe Leakes and Cynthia Bailey friends? Or is that over for good?

The latest gossip started after a report that NeNe “demanded” a whopping $125,000 before agreeing to appear at Cynthia’s wedding to Mike Hill. To be clear, the report claimed NeNe asked Bravo for the money — not Cynthia herself.

The network execs, however, “just laughed” at NeNe’s request.

The specific figure appears to stem from NeNe’s contract demand back before she was pushed out of the Real Housewives of Atlanta Season 13 cast. At the time, it was widely reported that NeNe wanted to be paid $125,000 per episode.

That’s an obscene amount of money for any reality TV personality, no matter how popular. And it’s a large part of the reason why NeNe is no longer an RHOA cast member.

Of course, NeNe’s supposed demand wound up being a moot point. Due to social distancing guidelines and general concern for the health of its crew, Bravo elected not to film Cynthia Bailey’s wedding. So there won’t be any professional footage of it during the RHOA new season.

Since her wedding, Cynthia hasn’t said anything publicly about NeNe’s refusal to attend. But the fact that NeNe wasn’t there at all certainly doesn’t bode well for the state of her and Cynthia’s relationship — whether they’re friends or not.

Will there be a NeNe Leakes new show?

Since her RHOA dismissal, NeNe’s appeared to be potentially angling for a new show for herself. After the aforementioned insults she threw Andy and Wendy’s way, NeNe asked for a sit-down with the higher-ups at Bravo to talk about her accusations of systemic racism at the network.

It was believed that NeNe would also use any such talks to bring up the idea of her own show on the network.

No new gossip has emerged since then, though. And it’s not clear if any such sit-down even took place — or whether it will take place.

One more important note: We can further extrapolate on the state of Cynthia and NeNe’s relationship from the fact that NeNe was not in attendance at Cynthia’s infamous bachelorette party.

But the source for the original story — as well as numerous reputable gossip accounts — have all but confirmed that NeNe couldn’t have been involved, as she wasn’t in Charleston with the rest of the cast.

Despite ending their “friendship feud” in the middle of RHOA Season 12, NeNe later announced on her YouTube page that she and Cynthia “would never ever be friends again.”

“We will be cool and associates,” NeNe clarified. “But as far as calling her [Cynthia] a friend? Never.”