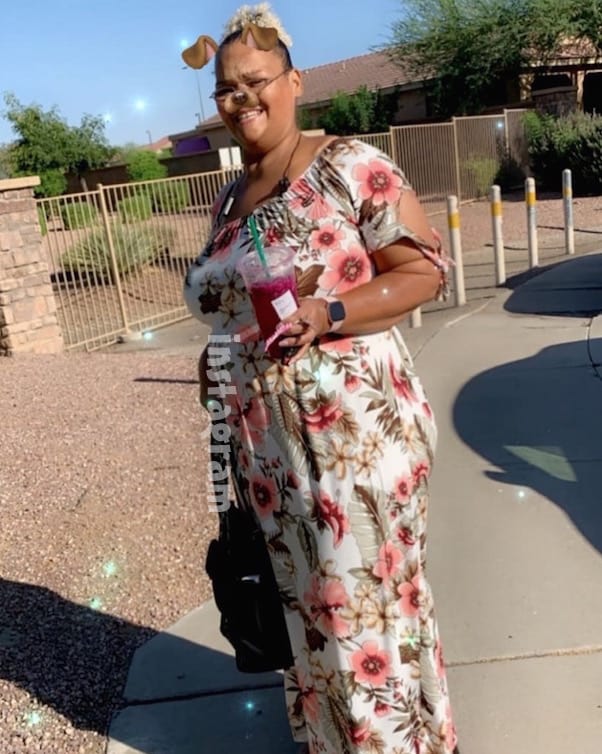 We were happy to crown Milla Clark the biggest loser in My 600 Lb Life history. How is Milla Clark now? According to our ongoing updates on the show’s cast, Milla is the first person in Dr. Now’s care to have lost more than 600 pounds.

That makes Milla My 600 Lb Life‘s biggest success story, both in terms of total weight lost and weight loss as a percentage of peak weight.

But things haven’t all been great for Milla since we last checked in with her. According to the woman herself, she’s put back on a lot more weight than she’s happy with. Not to worry, though — Milla has a clear plan to get back on track.

How is Milla Clark now? How much weight has she lost?

We should start by reassuring Milla’s many fans that she’s still doing great. In fact, “great” may be a vast understatement. Considering where Milla was at the start of her weight loss journey, we’d say she’s somewhere out beyond amazing.

After all, Milla began her My 600 Lb Life odyssey at a peak weight of 751 pounds. She’d been bed-bound for about a decade. And she’d been unable to ride in a car for seven years.

The last time we got an official weight loss update from Milla, the numbers were almost too big to believe. At her most recent public weigh-in, Milla was all the way down to just 155 pounds.

Milla Clark’s total weight loss of 596 pounds makes her the first person to both appear on My 600 Lb Life and lose enough weight to get her on the show in the first place.

So it’s important to keep Milla’s overwhelming success in mind, before we turn to her recent weight gain. Even though she’s put some weight back on, Milla has still lost the weight of, as she so memorably put it, “3 or 4 people” all by herself.

What is Milla Clark’s age? How is her age affecting her health?

Milla, who may be filming for yet another follow-up episode, turned 52 this past summer. The Tennessee native celebrated with some of Dr. Now’s dreaded carbs, though.

And a few of Milla’s other updates throughout 2020 have involved sweet treats like doughnuts and cake.

Milla’s followers got their first inkling of her recent weight loss struggles shortly thereafter. Milla actually shared part of a virtual consultation with Dr. Now, one that was filmed semi-secretly by her daughter, Crystal.

“Because you have to bypass a lot of your intestines and whatnot, and I got a lot of that,” Milla tells him. “I like the, the gastric sleeve. If I can maintain my eating habits and exercise — I know what I need to do. I just need a little help to not overeat.”

“Well, that happens within you,” Dr. Now responds. (His classic retort gets Crystal laughing.) “Not within anybody else. Okay? So, what is your current weight?”

It’s at that exact moment that the video cuts. (The withholding of Milla’s current weight is one of the reasons we think she might still be filming for a future Where Are They Now? episode.)

In a follow-up video, though, Milla shared more about her current health. For starters, Milla revealed that she’s back up to “200-something” pounds.

The admission means Milla has gained at least 45 pounds from her lowest weight.

But Milla was deliberate in describing her plan for “getting back on track.”

“It’s time for me to get serious again,” Milla declared. “I’d be lying if I said to you I got it under control. I’m a foodaholic, and I’ll always be a foodaholic.”

In addition to extensive talk about her diet, Milla also said she’s set up all the exercise equipment she used when in physical therapy.

Milla reiterated that her weight is nowhere near the “critical state” it was at the start of her weight loss journey. And she reassured fans with the news that she’d lost five pounds — her approximate weekly weight loss goal — since her meeting with Dr. Now.

For comparison’s sake, below is a photo of Milla from a year ago. Milla shared it to show how much weight she’d gained of late: 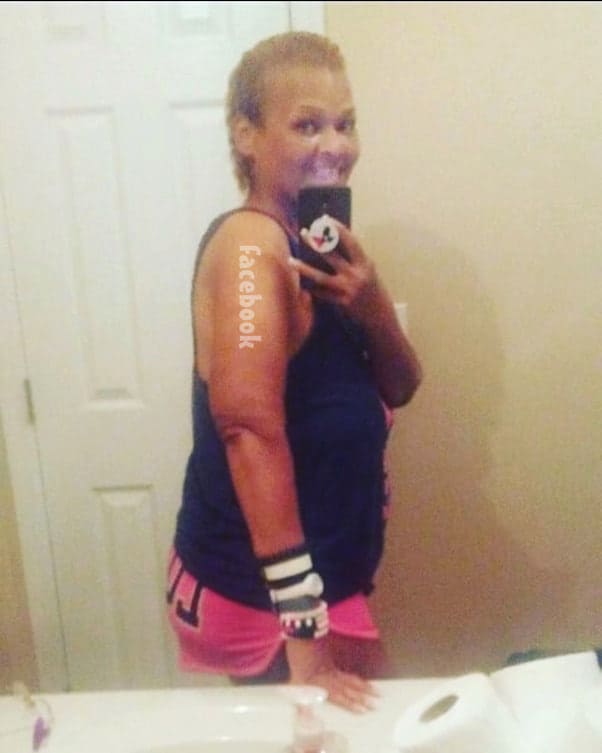 If you’re reading this, Milla, please don’t be so hard on yourself. After all, it’s a pandemic — *everyone* is gaining weight 🙂

Where is Milla Clark now?

One thing that appears to have done Milla’s health some good is a change of scenery. A year ago this autumn, in order to pursue a job opportunity, Milla moved from her native Tennessee all the way out to Arizona.

The new setting has given Milla a chance to take advantage of some new opportunities. Consider, for example, her recent trip to Las Vegas: 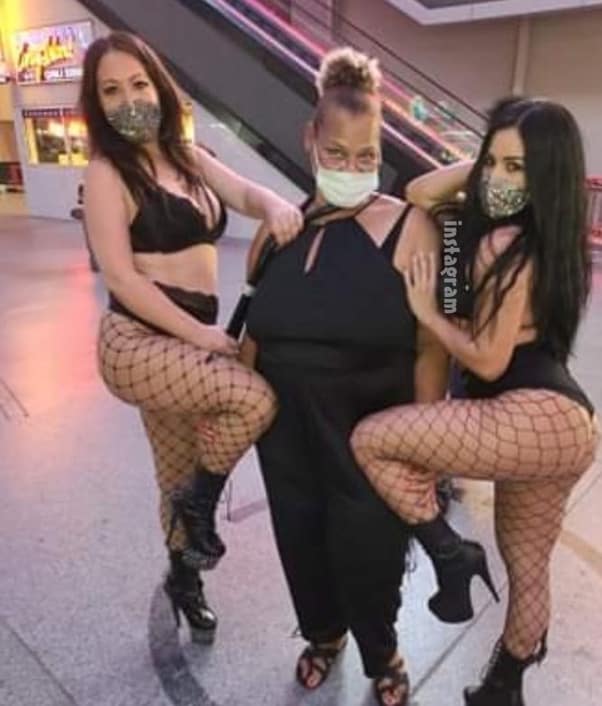 It’s not quite “Renee Biran-marrying-an-Elvis-impersonator” levels of debauchery. But it’s pretty close 😉

The photo at the top of the article is one of the most recent full-body shots Milla has made public. The last new pic we’ve got for you isn’t as recent, but we did think it worth sharing.

A few months back, Milla’s My 600 Lb Life co-star Charity Pierce shared a trove of photos of herself at dinner with dozens of her fellow cast members. The one of Milla and Charity was too nice to exclude: 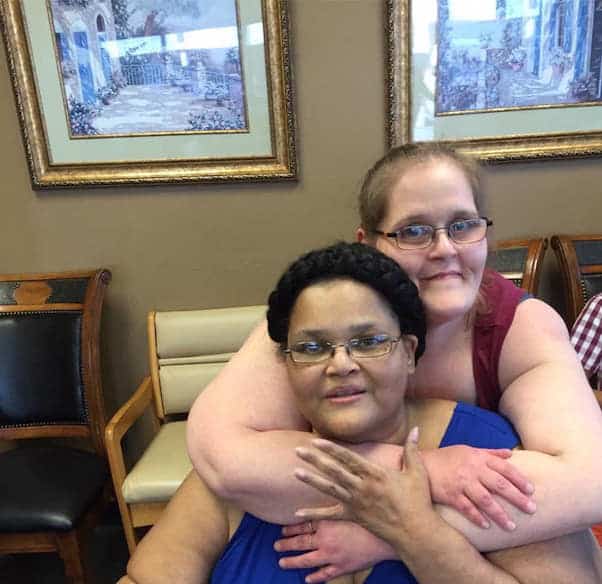 And you can stream Milla’s most recent My 600 Lb Life episode on the show’s official site.