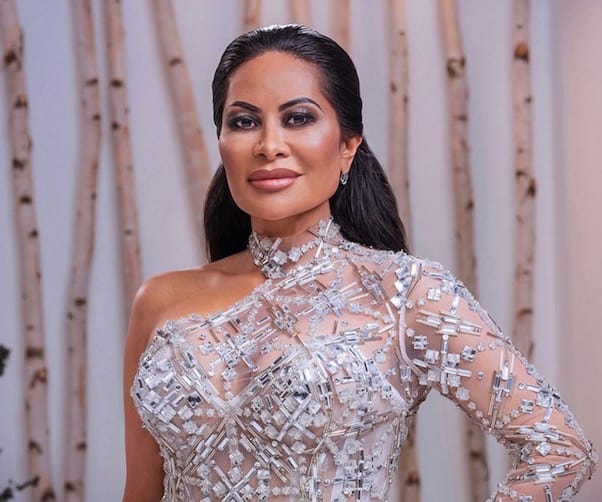 The “Queen Bee and MVP” of SLC is ready for her reality TV closeup! Real Housewives of Salt Lake City star Jen Shah is anything but reserved, and she appears poised to grab the spotlight from the beginning of the newest franchise’s premiere episode.

But who is Jen Shah married to? What are her companies? And how did she wind up on Real Housewives in the first place? The Mountain Queen has had quite an interesting life — one that, as we find out as soon as the show begins — is still very much in transition.

Who is Jen Shah married to? What are her children’s names?

Jen Shah’s maiden name is Jennifer Lui. She took the last name of her husband, Sharrieff Shah, upon marrying him. And at some point on her way to becoming a self-made CEO, she shortened her first name to the present-day Jen.

Jen Shah, age 46, is actually the first woman of Polynesian descent to star as a Real Housewife. Her ancestry, per the official Bravo bio, is Tongan and Hawaiian.

However, Jen grew up in Salt Lake City. And she’s said she often felt out of place in the predominantly white community.

Jen Shah’s husband Sharrieff is something of a local legend in Salt Lake City. The 49-year-old first made a name for himself as a starting safety on the University of Utah football team from 1990 to 1993.

A neck injury ended Sharrieff’s playing days three games into his senior season. Undeterred, Sharrieff immediately launched into an academic career. He received his BA in 1993, his MA in ’95, and a JD in 2001.

From there, it was a first career in the courtroom for Jen’s husband. He worked as an attorney for the next 10 years. At the same time, Sharrieff was also the sideline reporter for University of Utah football games on the local ESPN affiliate.

And since 2012, Sharrieff has been an assistant coach for the team. He’s currently both the Cornerbacks Coach and the Special Teams Coordinator.

Jen and Sharrieff Shaw have two children together. The oldest, Sharrieff Jr., was born in 1994. The 26-year-old followed in his father’s footsteps as a college football player — but Sharrieff Jr. played for Utah State.

And Jen Shah’s younger son is named Omar. Jen appears to be keeping personal details about her youngest offline for now. But she does share the occasional photo of Omar: 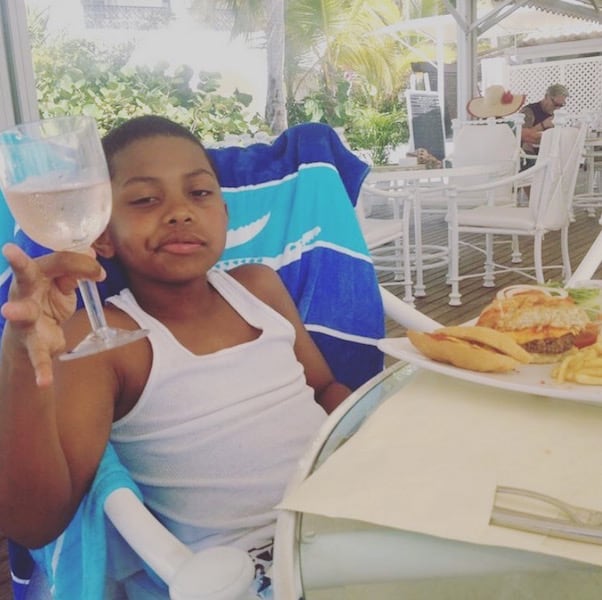 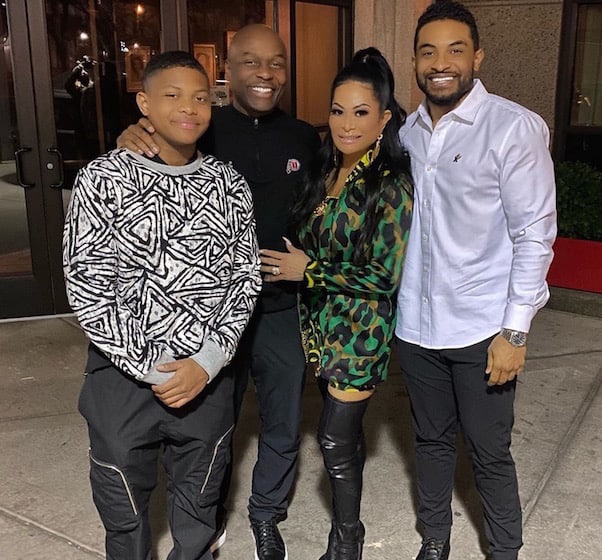 How did the Jen Shah Real Housewives hookup come to be?

According to Jen herself, the process of getting cast on Real Housewives of Salt Lake City seems to have been pretty straightforward. Then again, it’s clear Jen has a natural flair and confidence.

Given her multiple businesses, as well as her high awareness of social injustice, it’s possible Jen sought out the show as a means of bringing attention to both things.

Speaking to KUTV about her RHOSLC origins, Jen explained, “The production company reached out to me from L.A. and said they were looking for some people in Utah that owned businesses. They were putting together a reality TV show for Bravo.”

Jen also told the station that the “first part of her career” was in “Fortune 500 corporate America.” Before long, though, she knew that that route wasn’t the one for her.

“I knew it was time to go out on my own,” Jen said. “I wanted to get out and do my own thing and take that leap.”

Jen’s religious background also made her appealing to producers.

It’s been widely reported that Jen converted from Mormonism to Islam. However, in the trailer above, Jen explains that she’s “converting” — meaning that she hasn’t finished yet.

The Real Housewives of Salt Lake City has put an early emphasis on the diverse religions of its cast members. Given that, it seems likely we’ll get to watch Jen go through the rest of her conversion away from the Mormon church.

What are Jen Shah’s companies? What is her net worth?

Considering Jen’s three different companies — and her husband’s diverse and lucrative job history — it’s no wonder Jen was picked for the show. Her net worth would appear to be on par with most, if not all of the well-established Real Housewives from other, longer-running franchises.

For starters, Jen has her own fashion company. JXA Fashion is probably best-known to reality TV fans for the dress made of Joe Biden yard signs that Jen shared on social media during the height of the 2020 election.

But the company is also known for plenty of outlandishly sleek and stylish dresses — many of them modeled by Jen herself.

(It’s also worth pointing out that Jen’s adapting with the times. JXA Fashion now offers a line of pandemic-proof face masks.)

And Jen’s third company is Shah Lashes. The eyeball-specific venture had been aiming for a launch in 2020. But it appears to have been pushed back indefinitely due to COVID.

As far as Jen Shah’s net worth goes, there’s one more point to consider. Her husband Sharrieff had one more intriguing job we haven’t mentioned yet.

While he was getting his JD and during his first years as an lawyer, Sharrieff was also a certified NFL agent. According to his official University of Utah biobio, Sharrieff “negotiated multi-million dollar contracts”; he also “represented players in the NFL, CFL, and NFL Europe.”

Among Sharrieff’s clients? His brother, Karim Abdul Jabbar, who made the All-Rookie Team in 1996 and was a Pro Bowler the following season — the same year he led the NFL in total touchdowns.

Between Sharrieff’s job juggling, Jen’s multiple businesses, and the couple’s incoming Bravo checks, it looks like the Shah family’s net worth is doing just fine.

You can follow Jen Shah on Instagram here, and on Twitter here. Fun fact: as of this writing, Jen Shah only has 2,987 Twitter followers. We’re betting that number will be a little bit different very soon 😉