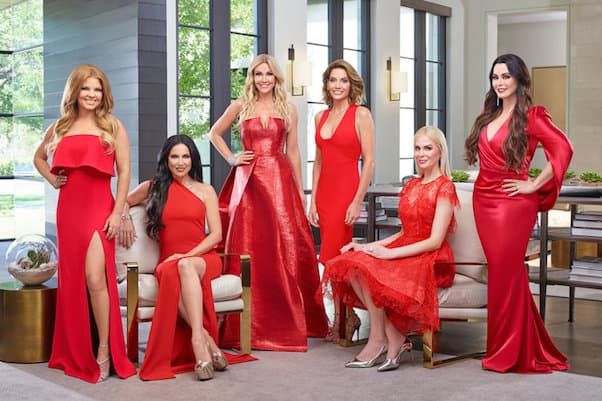 Is RHOD Season 5 the last one?

There’s been a huge uptick in speculation about Dallas‘ new season also being the final one. That talk seems to stem from a since-deleted tweet from noted RHOD fan account @housewivesofdtx. Just over a week ago, the account appeared to have dire news for fans. 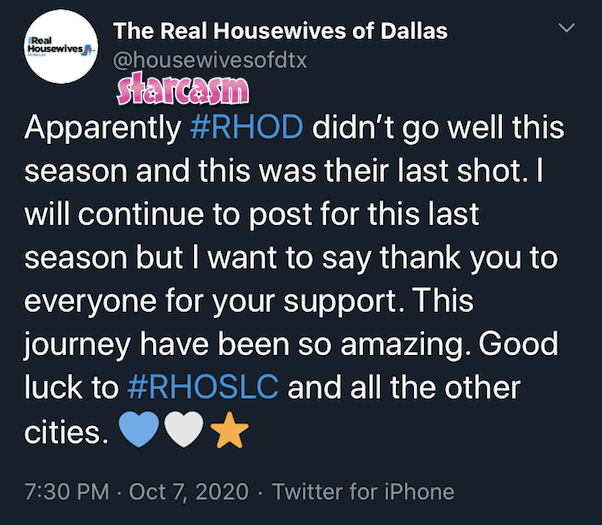 “Apparently #RHOD didn’t go well this season,” the account wrote, “and this was their last shot. I will continue to post for this last season but I want to say thank you to everyone for your support. This journey have been so amazing. Good luck to #RHOSLC and all the other cities.”

And, since the account has been connected to early RHOD tea before, followers began lamenting the show’s coming demise.

But we already said that the tweet was later deleted 😉 The account went on to apologize for making a “huge mistake” regarding the new season.

At first, it looked like maybe someone at Bravo had gotten wind of the gossip. However, it’s since emerged that no less a source than Andy Cohen has gone on record supporting the new episodes: 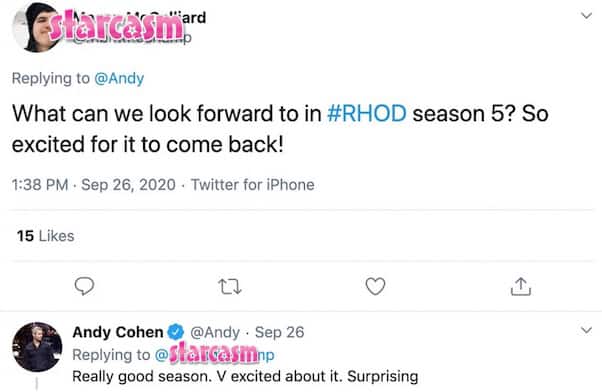 In an exchange with a RHOD fan, Andy called the upcoming season “really good,” adding it was “surprising” and he was “v excited about it.” That endorsement, combined with the belief that the first trailer will most likely drop about a month from now, appears to have re-ignited fans’ excitement.

Who’s on RHOD this season?

There’s been a definite cast shakeup in Dallas. For starters, OG Housewife LeeAnne Locken is gone. Stepping into her shoes is Tiffany Moon, an anesthesiologist and professor at the University of Texas Southwest Medical Center.

While Tiffany is locked in as a full-time cast member, there’s been some drama regarding another new addition. Jennifer Davis, a Dallas-area real estate agent, is allegedly going through a messy divorce and has possibly been limited to a role as friend of the Housewives.

Beyond the new additions, there’s also an open question regarding another cast member. Cory Deuber, who’s been with RHOD since its premiere, was downgraded to “Friend” last year. It’s yet unclear whether Cory will return in that role, get bumped back up, or be phased out.