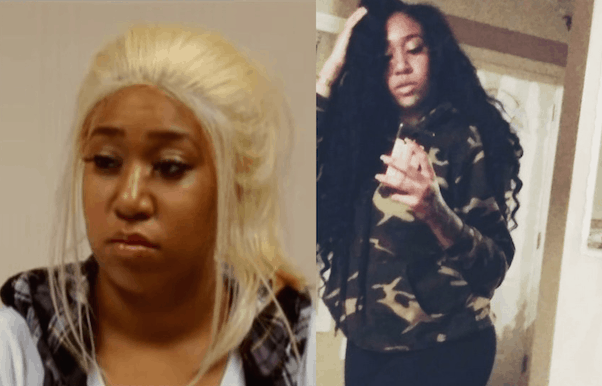 It’s been a long, strange trip for most of the My Strange Addiction cast members — and if you’re looking for a My Strange Addiction Karmello update, we’ve got you covered. Tonight, TLC is re-running several episodes of the series, whose gross-out factor and shocking premises represented a landmark in reality TV history. So we thought we’d revisit a few of the cast members and see how life has treated them in the years since their episodes aired, as well as check in on their history-making habits.

My Strange Addiction Karmello update: Is she still getting butt injections?

We’ll put the good news right up front: Butt injection-addicted Season 4 star Karmello Montanah appears to have kicked her habit for good. By all indications, she’s now living a happier life with her son, who just celebrated a major milestone of his own.

When viewers first met Karmello back in 2013, the then-23-year-old had undergone a whopping 54 black market booty injections in the three years prior. Though the dangers of the procedure were well-known at the time (we’ve since covered the story of the Dallas woman convicted on murder charges for giving injections that turned out to be lethal), Karmello couldn’t shake the need for more.

“Before the injections I was a size four, and now I’m a size ten,” Karmello said in the episode, when asked to explain her addiction. “I am happier because I’ve never had a butt, it’s nice and firm, and up how I want it to be up….I pick up more attention than before as far as commenting on my butt. It definitely steps up my confidence.”

But over the course of her episode, Karmello also visited with Dr. Anthony Youn, a Detroit-area plastic surgeon, who counseled her against any further procedures — legit or otherwise.

“You’re literally putting your life in the hands of somebody who sounds like they are completely unlicensed, untrained, and they could be injecting God knows what into you,” Dr. Youn told Karmello. And by the end of the My Strange Addiction Karmello episode, it looked like she’d finally been scared straight.

Karmello appears to have stayed away from the dangerous butt injections for years. But that doesn’t mean she doesn’t have the posterior she wanted all along. Check out one of Karmello’s most recent pics, in which she displays that booty proudly: 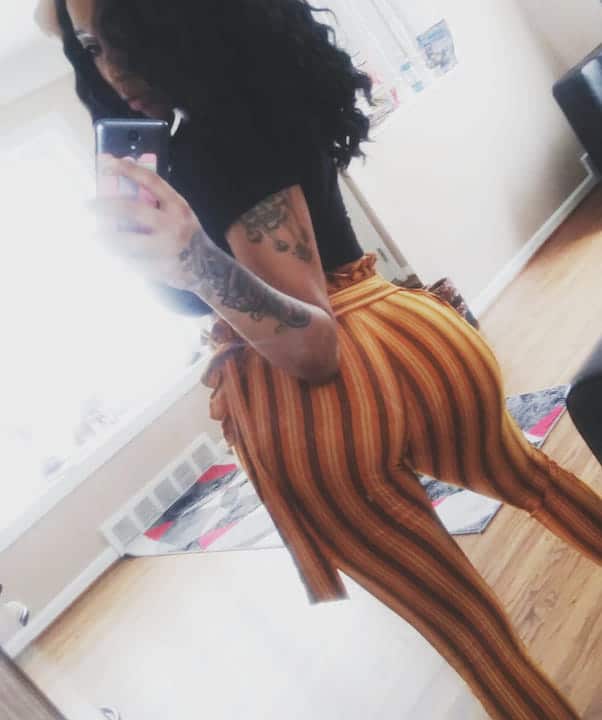 And here’s the latest photo of herself that Karmello has made public — one in which she happens to be standing next to her son, who was just four years old when viewers met his mother: 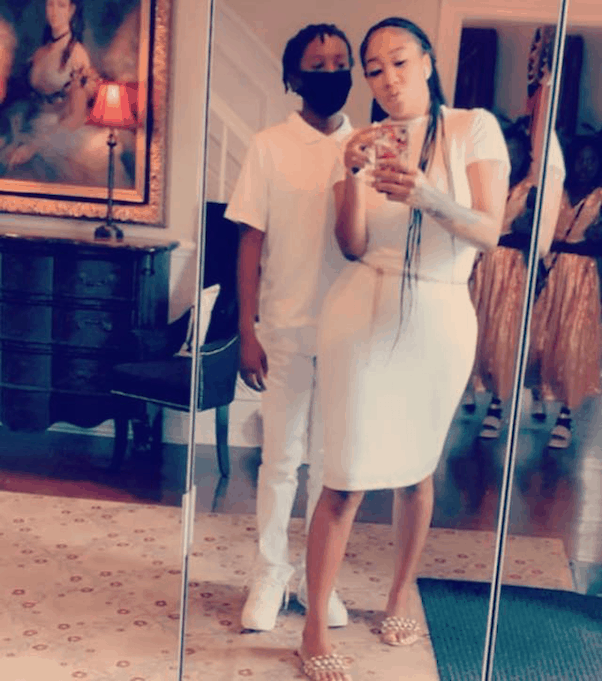 In fact, Karmello’s little boy is now a teenager! The once-beleaguered Karmello, who faced death every time she took another butt injection before turning her life around, celebrated her son’s birthday this past summer with a heartwarming post.

Karmello’s Instagram profile lists her as a “Life Coach,” “Public Speaker,” and “Confidence Guru.” She also has a separate page for work as a beautician. Of that work, Karmello recently said, “I want to increase my creativeness, and learn more about perfecting other faces.”

But if you do want to reach out to Karmello, she’s most active on Facebook.

The My Strange Addiction Karmello episode is available for streaming here; it also airs tonight at 8 PM on TLC.