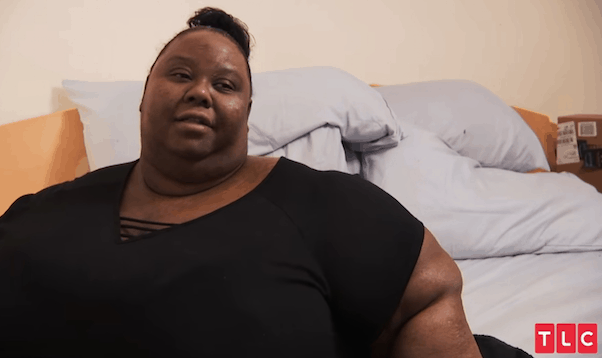 We’ve got some uplifting news on My 600 Lb Life Melissa Marescot’s current condition, which continues to improve from when viewers last saw her. Since Melissa’s My 600 Lb Life debut — another in a string of feel-good episodes this season — there’s been a sea of headlines suggesting she’s dying. But we’re very happy to report that that’s not the case at all!

Melissa Marescot height and current weight: How is she doing now?

At four feet and eleven inches, Melissa Marescot is one of the shortest people ever to appear on My 600 Lb Life. In fact, her height is the reason behind Dr. Nowzaradan’s now-infamous comment about Melissa “dying.”

When he used that word, Dr. Now was referring to Melissa’s Body Mass Index. At 4′ 11″ and 593 pounds, Melissa’s BMI at the start of her weight loss journey was a whopping 115 — a number that’s quite literally off the charts.

Even Dr. Now acknowledged that Melissa’s BMI was likely the highest he’d seen. When he used the word “dying” in Melissa’s case, Dr. Now was referring to the grave health problems the 36-year-old Florida native would eventually suffer if she never changed her ways.

Fortunately, Melissa’s unhealthy past is long behind her. She ended her first My 600 Lb Life episode having lost an impressive 153 pounds, bringing her final weight to a much more manageable 440. As of this writing, Melissa’s weight loss is the third-highest of anyone in the Season 9 cast.

Melissa has several active social media pages, Instagram among them. But in the weeks since she became a reality TV star, Melissa has made her Instagram profile private.

She’s also cut back on what she shares elsewhere. In fact, as of this writing, Melissa hasn’t made public any photos of herself taken in the last couple of years. 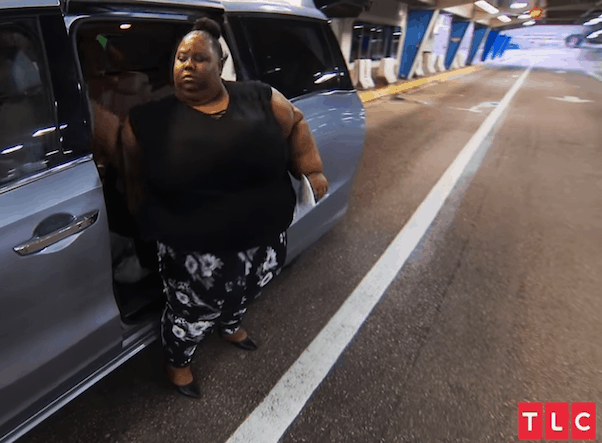 Again, though, that doesn’t mean Melissa isn’t interacting with her fans on the regular. For starters, she recently shouted out thanks to a close friend and ally in her weight loss journey, writing, “he’s made it actually fun and more possible to reach my goals and [h]as given me faith in friendship again.

“Thanks Kayode,” Melissa concluded, adding, “Love you to the moon and back!!!!”

Additionally, on the last day of February, Melissa described a 30-day fitness challenge she was about to undergo. The personal challenge — which Melissa has been doing with an unnamed friend — involves “exercising twice a day” with “intermittent fasting.”

And the challenge’s diet restrictions would make Dr. Now proud. Melissa has been eating “only meat and vegetables, water, and tea.”

In addition to improving her health even more, Melissa explained that romance was another motive. “I just want to get married,” she told fans, “and love on my husband.”

Speaking of romance, viewers have been wondering about Melissa and Elijah and what happened to their relationship after the two dates we saw. Melissa has since confirmed that she and Elijah are in fact no longer dating.

However, the two remain friends. We’re told that Elijah even appears in one of the few photos of herself that Melissa has shared at all in 2021.

You can follow Melissa’s public weight loss journey on her Facebook page. (Fun fact: Tomorrow is Melissa’s birthday! Head over to her page and show her some love.) Her My 600 Lb Life episode is now available for streaming, via TLC.