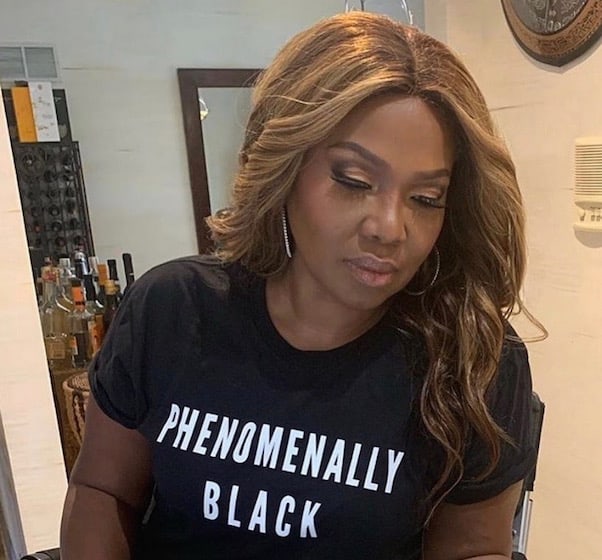 No doubt the ongoing coronavirus pandemic has shaken the entertainment industry. Some of the most popular shows on television are starting to cautiously resume production, but too many studios are in a weakened financial state for things to go back to normal. With this in mind, Love & Hip Hop creator and producer Mona Scott-Young recently broached a once-unthinkable subject: could there be a Love & Hip Hop city cut from the franchise when it resumes filming?

Which of the four might be the Love & Hip Hop city cut?

Scott-Young addressed the delicate topic in an interview promoting several upcoming projects. From the outset, the implication seemed to be that she may have moved on from Love & Hip Hop. And that, in turn, might suggest major changes ahead for one of VH1’s most successful reality TV cornerstones.

And before we get to her comments, we should point out that there’s been plenty of gossip about Love & Hip Hop cancellations over the years. Most recently, it looked like LHHMiami had been axed just as Season 3 was about to film. LHHNY, the one that started it all, has been slipping in the ratings since at least 2017.

There’s also the matter of growing cast salaries. The problem has plagued reality TV production since the genre began. As successful shows continue to air but their ratings slowly dwindle, original cast members demand more money for their long-standing participation.

The result is an increase in production costs even as the shows’ revenues fall. And Love & Hip Hop as a whole has some hefty salaries to cover.

With all that said, there’ve also been fairly recent rumors of a new Love & Hip Hop city. London is the place most often mentioned as a filming location. (Love & Hip Hop Houston got as far as filming a pilot episode before major cast challenges forced the network to pass.)

Mona Scott-Young has a lot on her plate

With all the context in place, let’s get to Scott-Young’s comments on the future of Love & Hip Hop. Speaking to Deadline, she acknowledged that all four of the cities “have fared really well for the network in terms of ratings.”

Scott-Young also called Love & Hip Hop “the cornerstone of the programming on VH1.”

However, she also said “my hope is that all four cities come back. And elsewhere in the interview, Scott-Young suggested a potential huge shift in the series’ direction, saying producers “aew now looking at the opportunity to refresh the types of stories that they are telling.”

On that note, it seems there might be some behind-the-scenes drama happening within the network itself. According to the interview, the production for Love & Hip Hop as a whole is changing. We reported a couple years ago that LHHH had switched production companies to try and freshen the show up.

But now, according to Scott-Young, the entirety of Love & Hip Hop production will now be handled by VH1’s parent company, ViacomCBS.

The network has made a decision to take those productions in-house, so they have been gearing up and backing up in a way that will allow for them to do that. It won’t change my role in the way that I work with them but there is a process now that’s taking place, and also of course, the caution, the precautions that need to be taken with figuring out how to reimagine a docuseries and do it while adhering to safety protocols and finding a different way of making the show.

Given the other major projects Scott-Young details in the interview, it sounds possible that she’s about to relinquish some of her control over Love & Hip Hop. Right now, what that means for the four shows’ future is anybody’s guess.