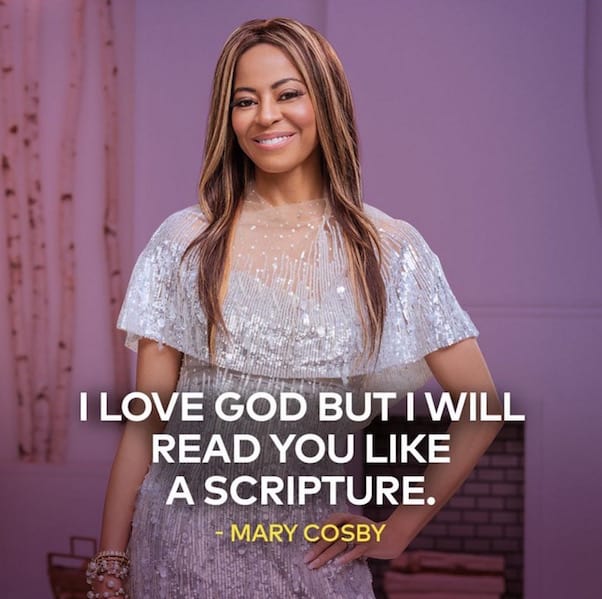 When you’ve got a personal life as unusual as that of Mary Cosby, there’s bound to be a ton of misinformation out there. The Real Housewives of Salt Lake City star has drawn more headlines than any other cast member before the show’s premiere has even dropped.

If you thought Mary’s castmate Jen Shah had an interesting back story, start stretching your eyelids — they’re about to open wide. Right off the top, we’ll get the basic facts out there: Yes, Mary Cosby’s husband is also her grandfather.

No, the two are not related by blood.

Yes, technically the man Mary married is her *step* grandfather.

And no, the story of how they came to be wife and husband is not *any* other in Real Housewives history.

Is Mary Cosby’s husband really her grandfather? How old is he?

Mary Cosby’s grandmother, Rosemary Redmon Cosby, founded the church over which Robert now presides back in 1968. Rosemary and Robert married when he was 22 years old — the same age Mary was when she married Robert.

Robert was Rosemary’s second husband. She left her first husband — Mary’s biological grandfather — when she took their children and moved to Utah from Indiana in 1961.

So, because Robert isn’t Mary’s grandfather by blood, she technically married her step-grandfather when she said “I do.”

And if you’re wondering why Mary did such a thing — well, there’s a story there, too.

In January of 1997, Rosemary Cosby died of a heart attack. Though an autopsy would later reveal that Rosemary died of natural causes, Rosemary’s oldest child insisted that Robert was responsible for her death.

That woman, named Rosalinda Cazares, claimed that Robert “forged his late wife’s signature to obtain ownership of businesses, properties[,] and houses” before Rosemary’s death. According to Rosalinda, Rosemary’s net worth upon her death was in the millions of dollars.

(Quick aside: We’ve also seen Rosalinda’s first name given as “Rosalind.” It’s unclear which is accurate, or if she goes by both.)

Real Housewives of Salt Lake City fans will recognize this detail from Mary Cosby’s Bravo bio. Ultimately, Mary appears to have “inherited her family’s empire of churches, restaurants and more.”

In order to do so, however, she had to marry the man to whom her grandmother left the empire in the first place. That man was Robert Cosby Sr., her step-grandfather and now-husband.

Judging from the trailer alone, it looks like Mary’s unusual relationship with her husband will play a major role in her story arc for Real Housewives of Salt Lake City‘s first season.

And it further looks like there should be a *ton* more gossip about this part of Mary Cosby’s history coming out as RHOSLC episodes begin airing. We haven’t even gotten to the part where a jury awarded Rosalind $1.2 million of her late mother’s estate, but she continued to accuse Robert of foul play and outright murder, and went on to sue him a second time.

It’s a 23-year-old story that seems likely to get retold for a national audience, now that Mary is one of the faces of Bravo’s newest franchise.

We’ll step aside from that story for a moment to focus on Mary Cosby’s life since getting married. We said earlier that she married Robert 20 years ago, and is 42 years old today.

However, we haven’t yet found a specific birthdate or wedding anniversary for Mary. Her grandmother, Rosemary, died in January of 1997.

And the doctor who performed her autopsy ruled that Rosemary died of natural causes in 2000. So it’s possible that Robert was awarded Rosemary’s full estate that same year, and that Mary married him shortly thereafter.

But it’s also possible that she married Robert during the three-year gap, and that they were already husband and wife by the time the doctor announced his findings.

Mary appears to keep her private life pretty private. No photos or videos of Robert Cosby Sr. appear on any of her social media pages.

But we were able to find an old photo of the two of them together. The photo, which looks to have been taken not long after the couple were married, used to appear on the Faith Temple Pentecostal Church’s web page. 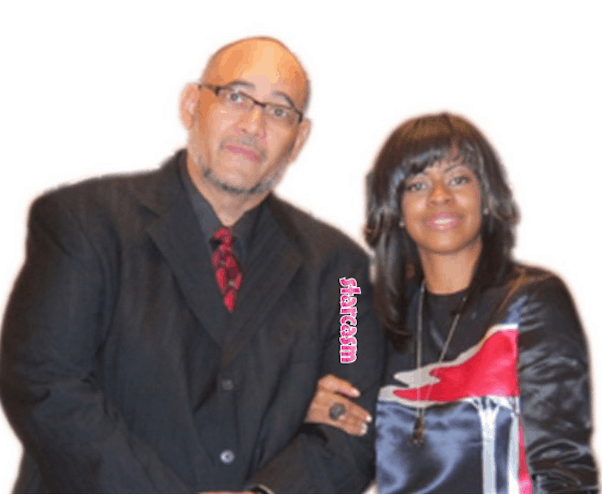 That’s Robert on the left — and, yes, that is Mary Cosby on the right. (Mary’s appearance has a 100% success rate when it comes to surprising people who compare it to Mary now.)

As of this writing, Robert’s photo on the church’s page has been taken from the image above. Though Mary is listed as the church’s First Lady, and even appears to preside over a service in early RHOSLC footage, she’s simply been cropped out of the same pic.

Back to Mary Cosby’s age for a second: It’s been reported on multiple sites that Robert and Mary Cosby married when he was 42 and she was 22.

One notable exception, in the form of the usually reliable Bossip, reports that Mary — maiden name Mary Martha Harris — was actually 24 when she married Robert.

And Mary appears to have celebrated a birthday about three weeks ago. So she could have turned 43 just ahead of the Real Housewives of Salt Lake City world premiere.

Mary and Robert have one son together. Coming back to Mary’s private ways, though, it seems she’s kept his name and age off of her social media pages as well.

But he does show up there from time to time. And his mother always gushes over her boy, proclaiming how happy she is to be his mom.

Now is the time to appreciate #our #family #time spent together #l #love #my #son# soooo #muchlove 🙏🌍💕#blessed #talk to your kids! They hear #you🥰 We Cant get back.. #stay #safe #stay #washed#clean #momlife #blessed #to have #my Son🥰🙏#❤️ #video #love #my #life #picsart #historylane #instagram #family #🙏🌍💕

Once you’ve done all that, don’t forget to tune in. Real Housewives of Salt Lake City airs Wednesday nights at 10 on Bravo.

Kristen Doute wants to do Vanderpump Rules under a different name