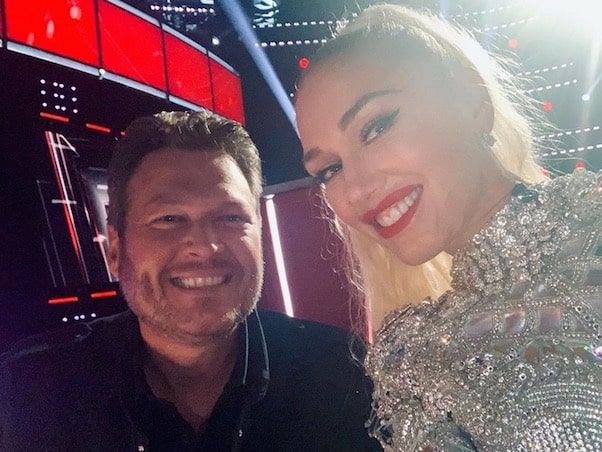 THE ASHLEY’S REALITY ROUNDUP – Congratulations are finally in order for Gwen Stefani and Blake Shelton! Gossip’s longest-running will-they-won’t-they couple is *finally* ready to tie the knot. And we got official confirmation of Gwen and Blake engaged from the stars themselves

THE HOLLYWOOD GOSSIP – Chrissy Tiegen made an emotional return to the public sphere four weeks after losing her son midway through her pregnancy. In a heartfelt Medium essay, Tiegen thanked everyone who’s reached out to offer support, and said she announced her miscarriage to help strengthen other women who’ve suffered the same thing but felt they couldn’t speak out

GO FUG YOURSELF – Emily Ratajkowski announced her pregnancy via a pap stroll and an essay on “gestation and gender” in the latest Vogue. Emily’s pregnancy pap stroll outfit of choice is also worth a look

LAINEY GOSSIP – Sofia Coppola’s newest movie, On The Rocks, is nothing you haven’t seen from her before. But maybe that’s exactly what you want in the middle of a pandemic and a presidential election that are essentially the same thing. Also of note: Bill Murray being Bill Murray, always a balm

DLISTED – Was anyone else’s Twitter feed so overwhelmed with piss takes on Kim Kardashian’s 40th birthday party announcement that you failed to notice Kanye wasn’t there for her private island soirée?

JEZEBEL – Headline of the Day; likely Content of the Week: “Thank the Satanic Panic for Beetlejuice, The Addams Family, and the Golden Age of Creepy Kids’ Shit”

THE BLAST – Old: Kim Zolciak spends two thousand dollars a day on “glam” for herself and her eighteen-year-old daughter. Shiny and new: Britney Spears drops $500 daily on a private in-home chef (practically a necessity in the time of COVID)

VOX – Further proof that just giving needy people money is probably a good idea: “A Canadian study gave $7,500 to homeless people. Here’s how they spent it: The results show the power of cash transfers to reduce homelessness.”

REALITY TEA – Southern Charm comes back tomorrow night, so naturally there’s a lot to unpack here: “Craig Conover Was ‘Heartbroken’ When Cameran Eubanks Quit Southern Charm, Says She Was Set To Film And Quit The Day Before, He Thinks He Can Convince Cameran To Return; Addresses Cheating Allegations Spread By Kathryn Dennis”

CELEBITCHY – I probably shouldn’t be tickled by this story George and Amal Clooney sharing power happily with Harry and Meghan, but it’s tough when literally everyone involved is this charming and suave