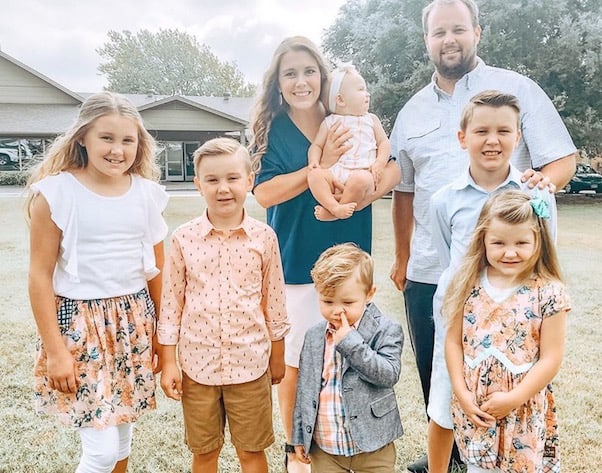 It’s interesting times for Anna and Josh Duggar now, as they appear to be living in Jim Bob Duggar’s warehouse just eighteen months after selling their own home for considerably less than the asking price. Granted, “warehouse” in this case means “renovated guest house,” but it’s a surprising development for the couple, following Josh’s loss in court earlier this month.

British tabloid and noted Duggar gossip hunter The Sun broke the story, which shakes out like this. A couple of years back, the Counting On episode “The Abbie Gown” (Season 9, Episode 5) featured John David’s then-bride Abbie trying on wedding gowns in a venue referred to as the “Duggar Guest House” and presented with an exterior shot.

Here’s what the building looks like from the outside, in a screengrab from that episode: 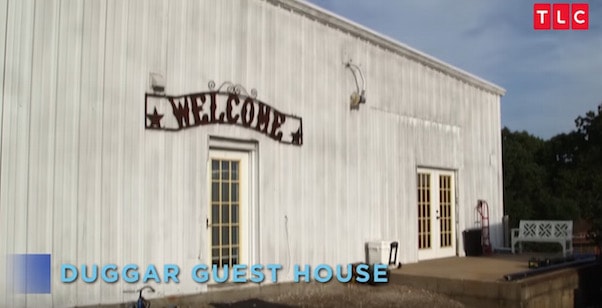 And here’s a second screengrab from the scene inside the warehouse. Note the interior decoration details, especially the hardwood floors and the marble countertop in the background: 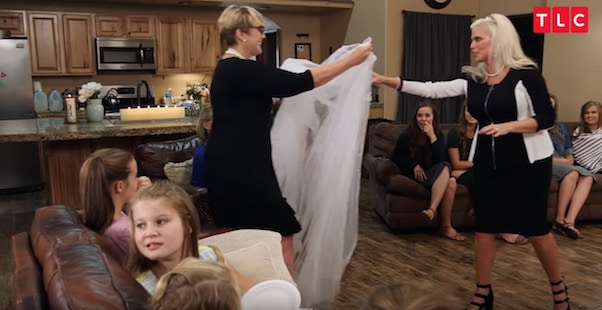 (You can watch the scene in full here, via TLC’s YouTube channel.)

Beginning in the summer of 2019 — or shortly after Anna and Josh had sold their house — Anna began sharing occasional photos with decor that matched the Duggar warehouse / guesthouse above. In this photo, her son Marcus looks to be playing in the house’s living room.

And in this one, the setting for Anna and Josh’s Thanksgiving message appears to be the same kitchen; the island looks identical to the one in the capture above.

Additionally, The Sun reported that a pair of business registered in Anna’s name appears to use the warehouse as its home address. Glasglow Drive LLC and Lexington Contractors LLC, both registered to Anna Duggar this past July, have “the address of Jim Bob and Michelle’s family compound with a suite number” as their business address.

Again, it’s not like the family is living in a straight-up warehouse. And we can assume that Jim Bob’s guest house is big enough for at least eight people, so it’s not as if Anna and Josh Duggar now sleep next to farm equipment and pallets of unloaded goods.

Still, it’s an answer to the long-standing question of where the couple and their six kids live now. They had been living in a 2,985 square foot house a few miles from the Duggar compound, before putting it on the market at $299,000 last spring. (After two months, Anna and Josh were able to sell at a $14,000 discount.)

I’ll add that the hardwoods in Anna and Josh’s living room look much more comfortable than the tile Jim Bob and Michelle have in the main house. As anyone who’s played with a baby or a little kid on a tile floor can attest, it’s absolute hell on your knees. And in a Duggar household, there’s never a shortage of kids who need some playtime.

Going for 20: Why do the Duggars have so many children? Are they part of the “Quiverfull” movement?

Where does Derick Dillard get his money? Duggar husband under fire for DC trip, Trump support