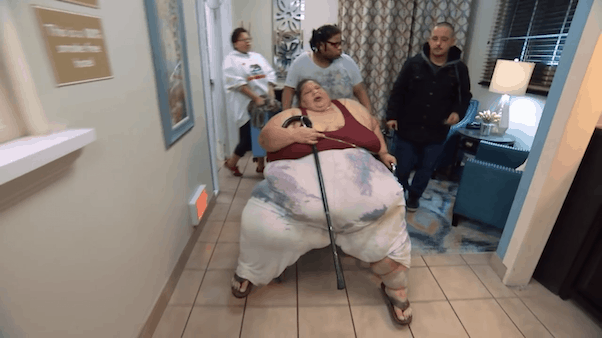 The My 600 Lb Life Chrystal episode may have been the last for Season 9, but that doesn’t mean Chrystal Rollins’s story is on hold. Things appear to be cautiously OK for the 39-year-old California native. And we’ve got the latest on her weight loss journey — including new pics — plus an update on Chrystal’s Instagram and other social media info.

How is My 600 Lb Life Chrystal doing today?

In a word: better. Chrystal appears to be continuing her weight loss success since viewers last saw her. Hers is one of several notable feel-good weight loss stories this season, right up there with Melissa Marescot and Carrie Johnson.

And, although she hasn’t commented publicly, one big change in Chrystal’s most recent photo has fans hoping for the best.

As her episode began, Chrystal was struggling in more ways than one. Her peak weight of 611 pounds put enormous strain on Chrystal’s body; for most of her episode, Chrystal even needed supplemental oxygen to ensure she got enough air.

“My weight has put so much pressure on my lungs,” Chrystal explained at one point, “[that] my lungs just can’t handle my body anymore.”

It was also Chrystal’s breathing problems that kept her from undergoing weight loss surgery. Though she started slow, Chrystal was losing weight steadily by the time filming for her episode wrapped.

She lost a total of 113 pounds, dropping her from 611 to a less dangerous 498. However, Dr. Nowzaradan told Chrystal he wouldn’t operate on her until she’d continued her accelerated weight loss for four or five more months.

Until then, the risks of her body giving out on the operating table were simply too high. 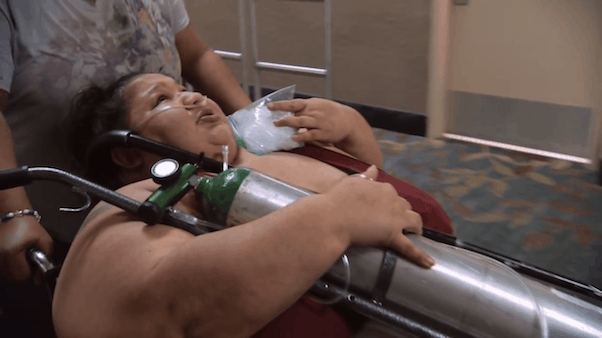 So, Chrystal’s first My 600 Lb Life episode ended on a positive note. And, as we mentioned earlier, there’s cause for further optimism now.

For starters, here’s one of the most recent photos Chrystal has made public, from late 2020: 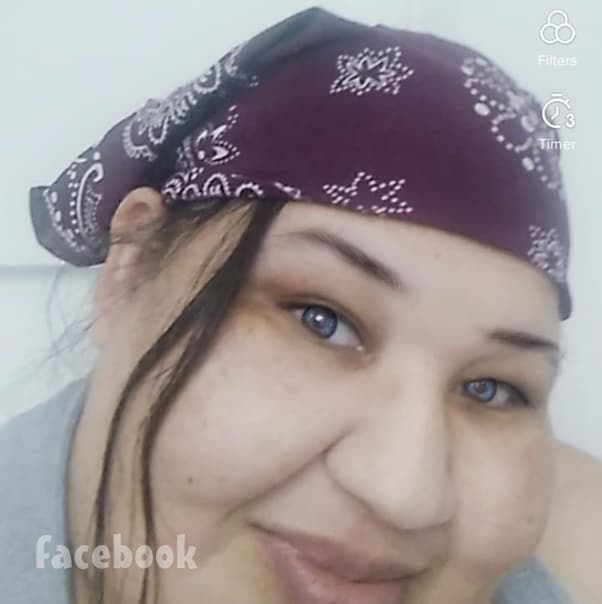 And here’s the very newest photo of Chrystal, pictured with her daughters in February of 2021. 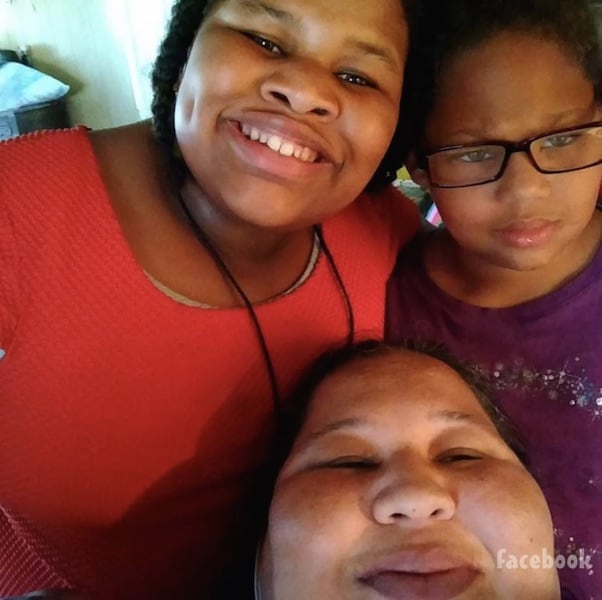 Note that there are no oxygen tubes present in the shot — suggesting that perhaps Chrystal is healthy enough to breathe without it.

As of this writing, Chrystal is not on Instagram. If you want to connect with her on social media, Facebook is the place to be.

It may be worth pointing out one other, purely speculative note. Since Chrystal’s My 600 Lb Life episode aired, she’s been far less active on public social media.

And devotées of the show know how strict its production company, Megalomedia, can be when it comes to cast members sharing too much online.

So it seems at least possible that Chrystal has gone relatively quiet across social media because she’s prepping for surgery, or possibly undergone it.

Until we find out whether to expect a Chrystal Rollins Where Are They Now? episode, you can stream her My 600 Lb Life debut via TLC.