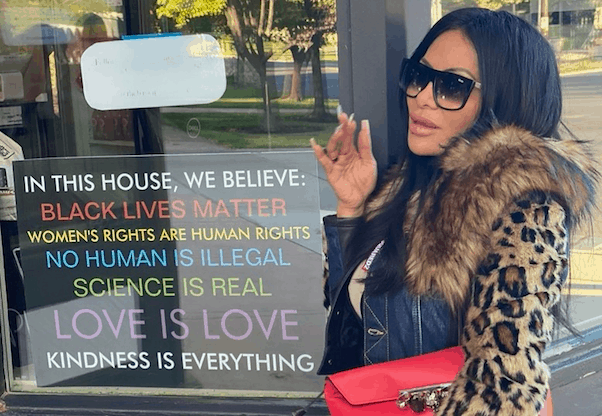 REALITY TEA – Real Housewives of Salt Lake City star Jen Shah is already stepping forward as the shading grace of Bravo’s newest Real Housewives franchise. According to the Jen Shah RHOSLC gossip, the “plastic surgery scene in Utah is on fire,” and anyone in her strata who says they haven’t had work done is straight-up lying

THE BLAST – In other Real Housewives news, recently divorcing RHOBH star Erika Jayne has asked for “temporary support” from her soon-to-be ex-husband Thomas Girardi, and also claimed she’s “unaware of the full value” of the couple’s assets

JEZEBEL – The Republican Party is lining up behind America’s current president in trying to undermine confidence in the 2020 presidential election — which election said current president lost, to Joe Biden. Biden’s first day as President of the United States will be January 20th, 2021

VOX – I didn’t know it was possible to explain how Joe Biden will “fix Trump’s global mess” in just 600 words, but here’s Vox getting it done

THE HOLLYWOOD GOSSIP – Remember how Lil Wayne was one of a slew of rappers who endorsed America’s current president very late in the election cycle because they all valued money over people? Well, Lil Wayne’s daughter has something to say about her father’s decision. It’s a four-letter word, and it rhymes with “thumb”

CELEBITCHY – Did you know Joe and Jill Biden have two dogs, and that one of them is a rescue? I didn’t, but I’m excited because now we can have dogs back in the White House! The rescue’s name is Major, he’s a big goofy German Shepherd, and he will be the first rescue dog to live in the White House; also, he is a very good boy

LAINEY GOSSIP – Ben Affleck has a favorite T-shirt, he wears it for a strikingly high percentage of pap strolls, and he has it in enough variants that it’s possible to imagine an entire closet filled with just this one shirt, like Doug Funnie’s wardrobe come to life

GO FUG YOURSELF – Finally, enjoy this photo gallery of the late, great Alex Trebek throughout the years. Apparently he had a thing for “funny older women,” plus there’s a fantastic late 90s shot of Trebek in a Canadian tuxedo