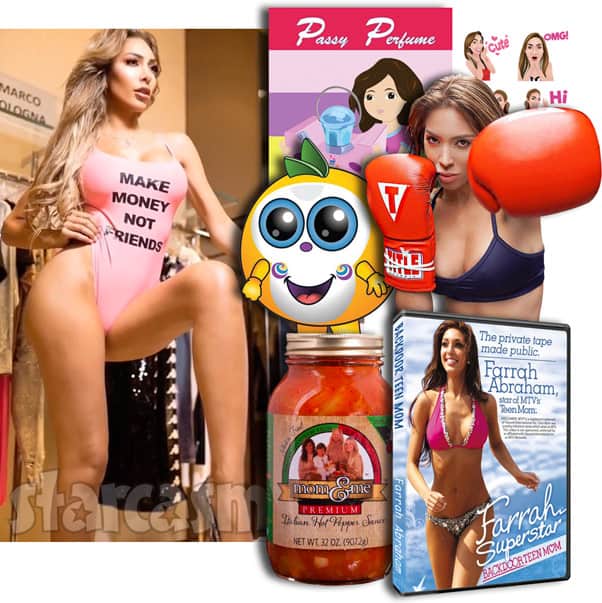 Former Teen Mom OG star Farrah Abraham has way more than her fair share of detractors. But even her detractors will have to admit that Farrah is quite the hustler when it comes to making that dollar!

Since Farrah made her MTV debut on 16 and Pregnant more than a decade ago, she has put together an extensive résumé that includes opening three brick-and-mortar stores, appearing on more than six different reality shows, publishing five books, dancing at a strip club in Austin, Texas for five months, and — of course — giving adult film star James Deen a key to her backdoor while the cameras were rolling.

Starcasm has been documenting Farrah’s entrepreneurial endeavors from day one, dating all the way back to her motorcycle calendar modeling gig back in 2011. We were the first to report on that, and the story quickly took off as we garnered links from such high-profile celebrity sites as Perez Hilton. Since then, we have covered Farrah’s endeavors quite extensively.

So, I thought that it would be fun to compile a timeline of Farrah’s numerous Teen Momtrepreneurial projects over the past ten years. As it turns out, I was completely wrong about the fun part. The list is CRAZY long! And I’m sure it is still missing numerous money-making ventures that managed to slip through the Starcasm cracks.

Before I start the list, I wanted to state that there are some things that are just too numerous to include here. For instance, I didn’t even try to chronicle Farrah’s many paid endorsements on social media or elsewhere. We did include one instance when Farrah made headlines by including Sophia in a Flat Tummy Tea promo photo, but, otherwise, those sorts of things will have to be their own list. For similar reasons, I left clickbait partnerships as well.

Farrah often brings along a professional photographer for paparazzi-style photos of herself (and Sophia) while she is out and about. I made one mention of the first time I could recall one of these types of shoots, back when Farrah was living in Florida in 2011.

I also didn’t include some of Farrah’s earliest jobs. I believe she had a job as a cashier at a local grocery store in high school? And I seem to recall her working at an Italian restaurant/pizza parlor on the first season of Teen Mom? 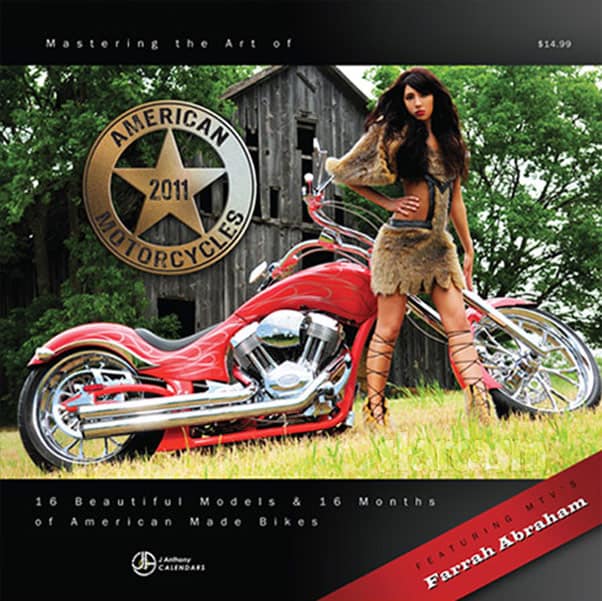 2010 – Farrah does her first modeling shoot with a professional photographer, and winds up on the cover of a 16-month motorcycle calendar.

July 2011 – Farrah tweets that she’s “going to be in the New Charlie Angels movie!” At the time of Farrah’s tweet, they were casting for extras on the Charlie’s Angels TV show filming in her area. According to the casting call, those chosen earned around $100 with a free lunch for a day’s worth of work.

2011 – After moving to Florida to attend culinary school, Farrah began her first of MANY staged photo shoots. Those images would later be sold to photo licensing companies and sold to sites like ours. Click here for one early example of Farrah wearing a lingerie bikini while at the beach with Sophia. (It’s worth the click just to see Farrah with MUCH smaller breasts after her first boob job.)

January 2012 – Farrah and mom Debra Danielsen launch their Mom & Me brand, starting with Italian hot pepper sauce. The sauce would officially go into production in July.

February 2012 – Farrah signs with Models International. We spoke with a Models international rep at the time about signing Farrah.

March 2012 – Farrah Abraham signs on as celebrity host of the dating website HotSpot4Dates.com.

August 2012 – Farrah releases her first single, “Finally Getting Up From Rock Bottom.” She would later release an entire album of music in conjunction with her autobiography; they both shared the same title: My Teenage Dream Ended.

August 2012 – Farrah releases her memoir My Teenage Dream Ended. (The book cover went through a dramatic makeover from the original photo shared by Farrah.)

August 2012 – Farrah posts her “Baby Bum” workout video. This was the first of a short-live series of workout videos that also included a Valentine’s Day workout shot in bed. 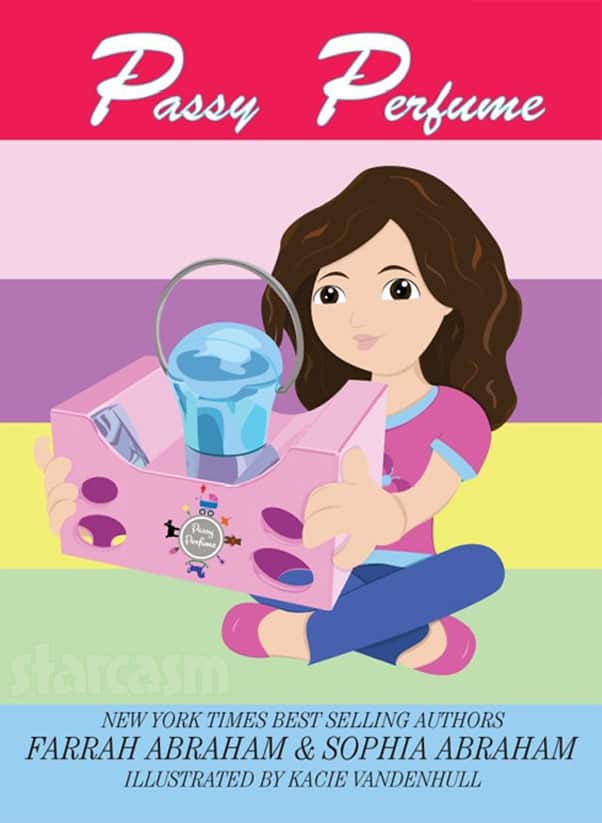 January 2013 – Farrah shares her first beauty tips video in which she removes a fake unibrow.

March 2013 – Farrah signs on with Dial-A-Star, which cost fans $5 a minute to talk to Farrah on the phone. She reportedly received $800 a month (plus commissions from the calls, I assume) to be a part of the Dial-A-Star network.

May 2013 – Backdoor Teen Mom “sex tape” finally released, for which Farrah reportedly made $1.5 million. Later reports say she only made $10,000 plus 30% of sales, minus the cost of production.

May 2013 – Farrah Abraham signed with Spinboi Films to create a reality “docu-soap” series. That August we reported on the show having been pitched to multiple networks, all of whom passed.

August 2013 – Farrah was announced as the host of the EOTM (Entrepreneurs On The Move) Awards, and she was also nominated for one.

August 2013 – The first reports of allegations that Farrah may be a paid escort surfaced.

August 2013 – Farrah tweeted her Amazon wish list so fans can buy her stuff.

August 2013 – Video surfaces of Farrah Abraham’s audition for the role of a hooker named Destiny on Days of our Lives. She didn’t get the role, but her audition tape got plenty of attention.

September 2013 – Farrah lands the cover on Girls And Corpses magazine, as well as an interior photo spread. 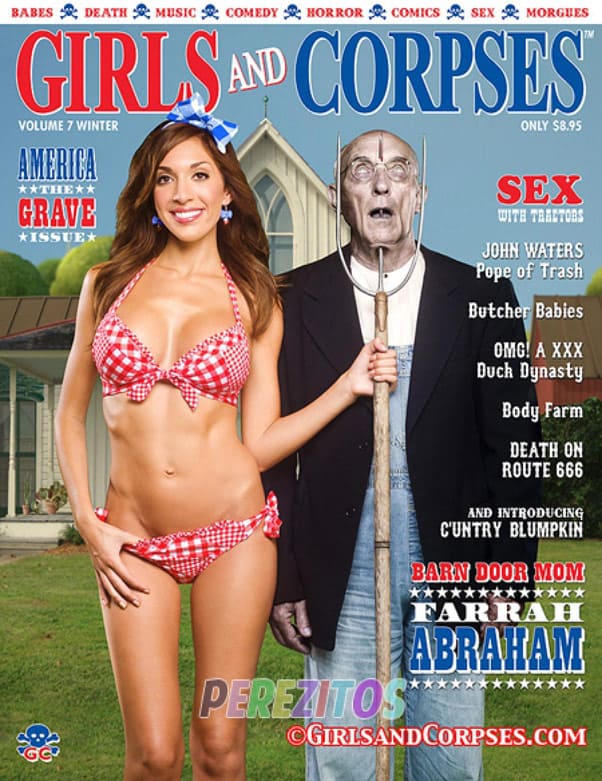 January 2014 – Farrah appears on Couples Therapy by herself after being dumped by her boyfriend, DJ Brian Dawe, just before filming began. Brian Dawe later revealed they were never actually dating, and it was all fake for the show. (Farrah was reportedly in talks to be on a previous season of Couples Therapy with another fake boyfriend, actor Carson Underwood. The invitation went to her co-stars Catelynn and Tyler Baltierra instead.)

July 2014 – Farrah has a release party for her new line of sex toys molded from her actual body parts.

August 2014 – Farrah starts her five-month residency as a “celebrity house feature” at the Palazio strip club in Austin, Texas. Farrah stripped two nights a week under the name “Surreal” in “private fantasy sessions” that cost $2,500 for an hour or $500 for just 10 minutes. 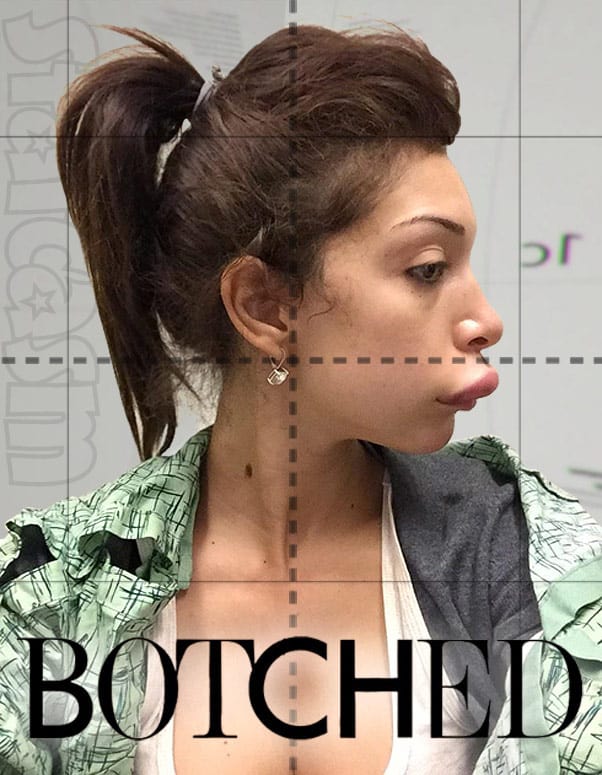 June 2015 – Farrah partners with Celebrity Gene to sell vials of her liquified DNA for $99 each. Farrah reportedly received $30,000 up front, plus 10% of sales. She was reportedly later fired by the company.

July 2015 – To coincide with her appearance on Botched, Farrah launched her own lipstick called Fotched.

July 2015 – Farrah launches Mom and Me beauty kits, and offers autographed posters for $199.

August 2015 – Farrah appears on the hugely popular British reality series Celebrity Big Brother. Of course, Farrah stirred up all kinds of drama and was evicted fairly quickly. She was even involved in a huge brawl that resulted in lawsuit threats and other legal possivilities. 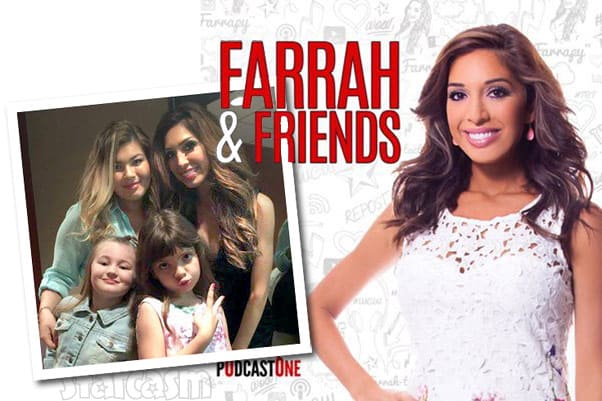 June 2016 – Farrah opens her Froco frozen yogurt restaurant just outside of Austin, Texas. It would remain open until June of 2018, when it shut its doors for good.

November 2016 – Farrah gets some heat after promoting Flat Tummy Tea on social media with her daughter Sophia.

November 2016 – Furnished By Farrah and The Sophia Laurent Children’s Boutique brick and mortar stores open just outside of Austin, Texas. They would both close in September of 2018. Unfortunately, Farrah reportedly signed a five-year lease for both of the spaces, and her former landlord is suing her and ex Simon Saran for more than $100,000 in unpaid rent and expenses. That case is still ongoing. 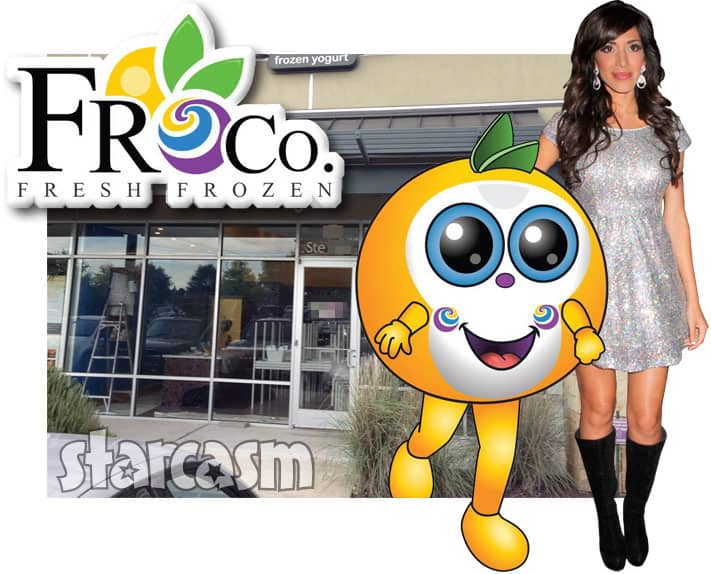 September 2017 – Farrah does a series of X-rated live streams on Cam Soda, crashing the site more than once during her debut. It was right at this time that Farrah parted ways with Teen Mom OG.

December 2017 – Farrah launches a line of lingerie in partnership with PULCHRA. 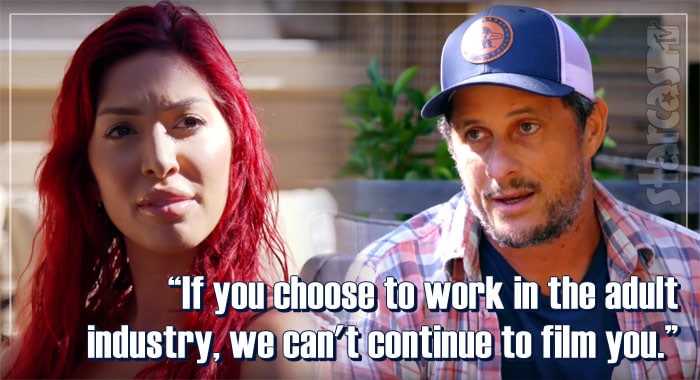 February 2018 – Farrah sues MTV over firing, asks for at least $5 million in damages. She and the network would eventually settle the suit out of court. (The terms of the settlement remain sealed.)

July 2018 – Farrah signs a celebrity boxing deal that would ultimately turn into a huge fiasco. Farrah pulled out of her match with Nicole “Hoopz” Alexander just prior to their scheduled bout on November 10 of the same year. Hoopz would end up boxing some woman who was on Mob Wives for a minute.

August 2018 – Farrah launches her own emoji via her app.

August 2018 – Farrah films as a police officer in the movie I Got The Hook-Up 2.

September 2018 – Farrah appears on Face the Truth and fails a drug test.

December 2018 – Farrah appears on the MTV series Ex On The Beach. 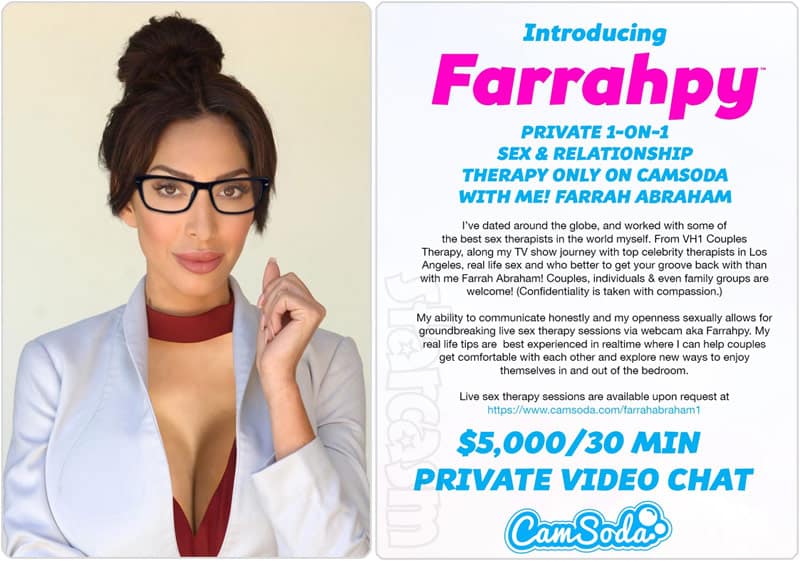 September 2019 – Farrah begins selling in-person “date night” packages for $5,000 as well as other packages that include phone calls, Premium Snapchat access, and more.