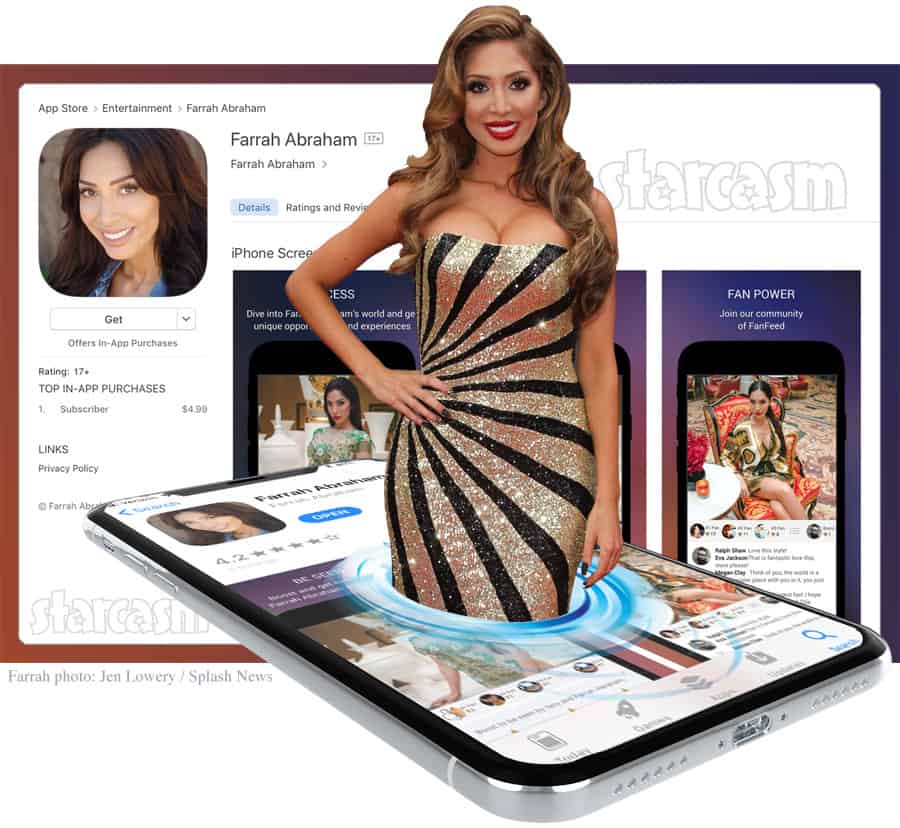 When one door (front or back) closes, another opens! Fresh on the heels of shuttering her Froco frozen yogurt restaurant, former Teen Mom OG star Farrah Abraham has launched her own app — and if you download it, you can win a trip to Los Angeles to hang with Farrah at the poolside app launch party!

If you are a Farrahddict on social media, then the app might be a must have, as she suggests that she will be shifting a lot of her public interactions to the new platform. “So happy I have my own app now & can have a break from social media!” she wrote.

So what exactly is the Farrah Abraham app? As you might have guessed, it is first and foremost all about Farrah. Having the app will give you access to exclusive photos and videos of Farrah, in addition to interactive features, contest, etc.

Here is the description from the App Store:

Stay connected to Farrah Abraham on her official app.

• Check out the in-app social feed for live updates and videos.

• Boost your comments with Superstars, become a Top 3 Fan, and be seen by Farrah Abraham.

We’ve just launched subscription service! Subscribers will get the exclusive subscriber badge to decorate their avatars and help them be seen. Subscribers will be able to access subscriber-only content as well as to post unlimited images and videos. The $4.99/month subscription fee will be charged through your iTunes account as an auto-renewable, recurring transaction unless you cancel your subscription 24 hours before the end of the current subscription month…When you sign up for the subscription service for the first time, you receive a 7-day free trial before your card is charged so you can try out the service at no cost. The free trial ends 7 days after you subscribe regardless of whether or not you’ve used the app.

As far as the contest, Farrah explains in her most recent app update:

To kick off the launch of my app, I will be flying out one of my biggest fans to join me in LA for a pool party with me and my closest friends! Make sure to subscribe, boost this post and comment why you should come meet me! 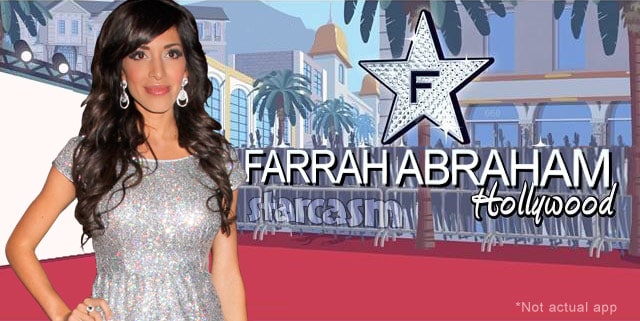 It does not appear that the app will have any adult content, in case you were wondering.

Congratulations to Farrah on her new app launch! I will say that I am a bit disappointed that it doesn’t include Farrahmoji, but perhaps that is something they can roll out in the future, right? I mean, who doesn’t want to share their heartbroken messages along with a Farrah cry face? 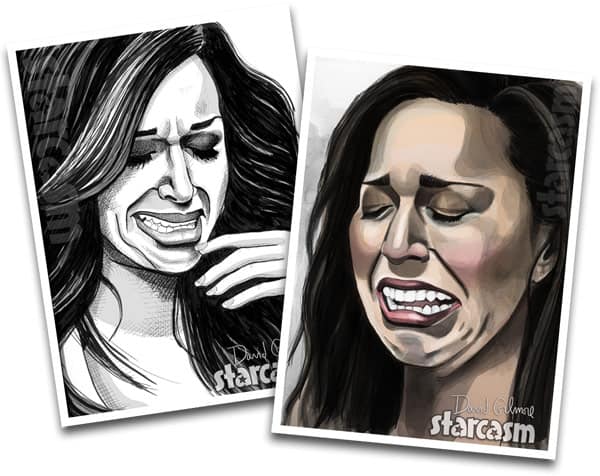 Meanwhile, Farrah remains in Austin to help with the closing of her Froco restaurant, in addition to filming at her other two brick-and-mortar businesses for an upcoming master class video series that she will be releasing soon. Farrah and her daughter Sophia enjoyed a poolside screening of the new movie Eighth Grade at the famously retro kitsch Austin Motel:

“The Best Summer Movie Premiere Pool Party Ever!” Farrah captioned the mother/daughter photo. “Now @sophialabraham knows what 8th grade will be like ☀️☀️☀️.”

And it’s a good thing that Farrah was there, because Sophia wouldn’t have been able to see the movie herself given that it is rated R. (I guess the eighth grade shouldn’t be experienced without adult supervision!)