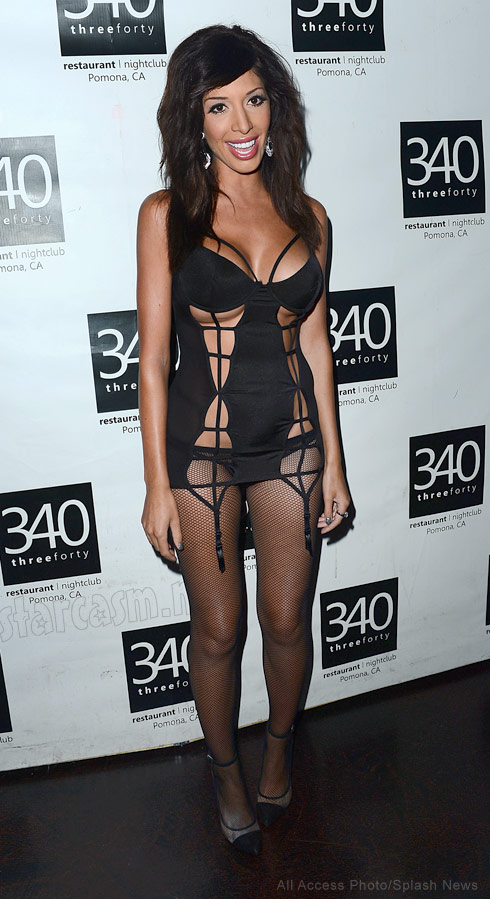 The 23-year-old former reality star and mother of one wore a revealing black strap lingerie outfit as she posed on the black carpet with some of her custom-molded toys at the 340 Nightclub in Pomona. (The pictures with the toys and Farrah’s interactions with them are a little too graphic for us to post here, but let’s just say there was a peace sign as well as licking involved.) Farrah also posed with a cake, and thankfully we have a SFW photo of that for you: 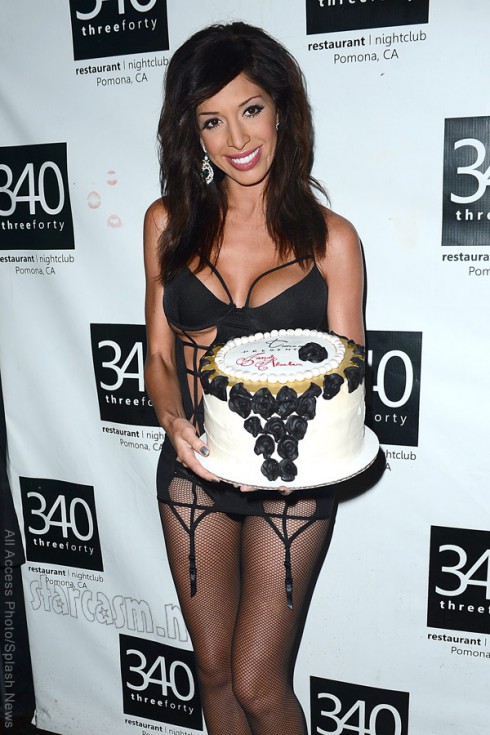 After the party got started, Farrah took some pictures with excited fans (on the other side of rail) while holding a champagne glass: 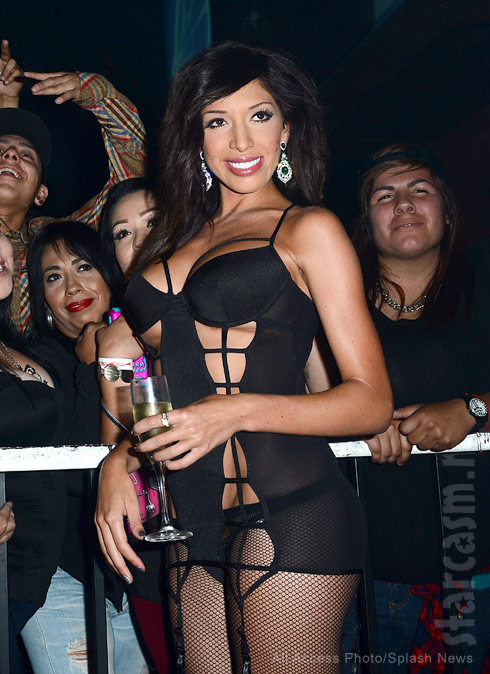 In case you missed it, Farrah’s sex toy line was made from molds created from her actual body parts — a process that was captured in a making-of that went viral back in September.