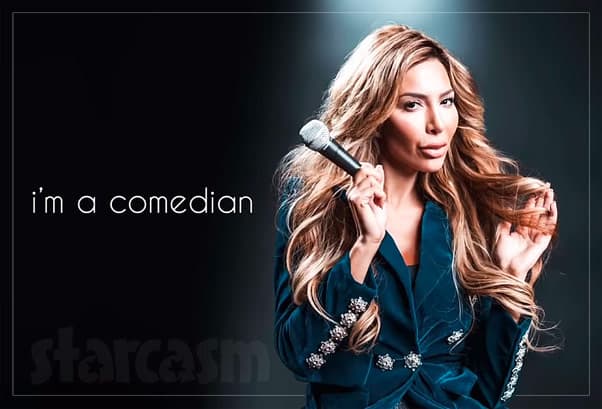 Former Teen Mom OG star Farrah Abraham has one of the longest resumes in reality television history, and she has just added a brand new entry: docu-comedian.

The 28-year-old has been teasing a new comedy-related project on social media for weeks, and today she shared her first “docu-comedy skit” on YouTube. The full title of the video is “Docu-COMEDY Domestic Goddess TOUR SKIT #1 : Farrah Abraham” and it clocks in at just over eleven minutes.

So what is a docu-comedy skit? I’ve watched the video and I’m still not sure really. Farrah plays a “musical bonjo” for a minute earl in the video. Well, that’s what she calls it in a comment that she left on her own video. “Yassss comedy is here!” Farrah wrote. “What do you think about my little musical bonjo!? Haha.”

Later in the “skit,” Farrah talks about some things she is no longer putting up with in her life, including excuse makers and manipulators. And that includes her daughter Sophia.

“After reminiscing with some ladies, I’m like, I’m gonna go on a tirade because I’m no longer going to allow my daughter to think that she can manipulate me. Like, I just can’t. It’s like, my family did it, my parents did it to me — and not my child! It’s like, I can only handle so much before I f***ing crack.”

Farrah also opens up about trying to no longer be racist while driving, and not cussing at much, “even though it’s a sign of intelligence to be in touch with your emotions and express yourself and cuss.”

And let’s not forget how busy Farrah is! She reveals that it is an incredible struggle for her to accomplish all the things she needs to accomplish in a day, thanks in large part to the number of roles she has to play for so many people. “I’m a single parent, mom, wife — or, I’m a wife to myself, and a husband to myself,” she said, before continuing: “a mom, dad, daughter, aunt, uncle. Like, I am so much to so many.” 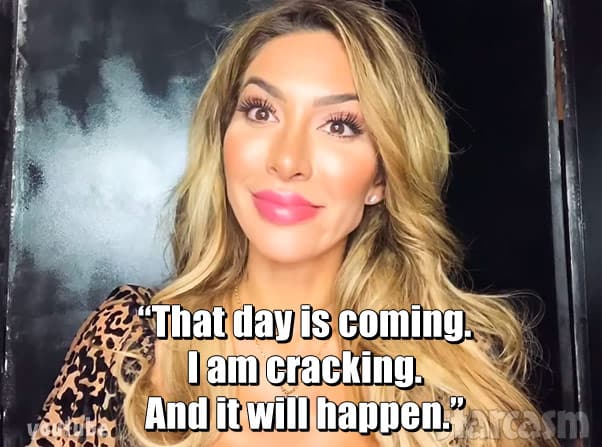 For those of you who might still be a little confused, perhaps Farrah’s description for the video will provide a little clarity:

Daily, Weekly, On Tour & Over Nights Out!
Love you Farr-ibbers! Shout out to my new subscribers & those who Joined my channel! Thank you for supporting my new projects tons to come!

So, did that help?