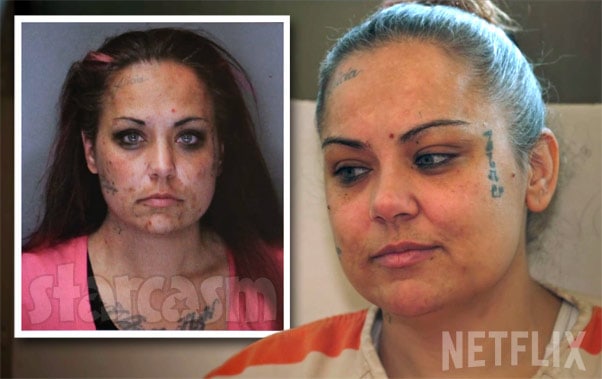 We have a Netflix Jailbirds update on featured convict Rebecca Temme. Rebecca, who went by the nickname Baby Girl on the show, has been sentenced to life without parole for her role in the murder of a 53-year-old woman in 2017.

Rebecca and her accomplice, James Baca, were found guilty of robbery and first-degree murder in May. They both received a life sentence without the possibility of parole in June.

“It’s a just and proper sentence,” Sacramento Superior Court Judge Ernest Sawtelle said during the sentencing. “She participated in the execution of a friend – an intimate friend that she had an intimate relationship with,” he added.

Viewers of Jailbirds will recall Baby Girl sharing some disturbing details from the shooting with producers:

I’m here for a murder and robbery. The victim happened to be my wife. She was a good person. She just made some fu**ed up decisions. Prior to that, me and her had a really big falling out. She was a very outspoken person. That was her downfall.

She got shot execution style. Then I left. And I know how to drive. And I went on a high speed chase because I didn’t want to get caught. Someone got killed and I got caught.

Although Rebecca mentions that the victim, Leonora Montoya, was her “wife,” I could find no confirmation that they were actually married in the numerous news articles about her arrest and conviction.

For more details on the crime, here is the post-conviction press release from the Sacramento County District Attorney’s Office:

James Martin Baca and Rebecca Irene Temme were convicted by a jury of the first-degree murder of Leonora Montoya with the special circumstance that the murder was committed during the commission of a robbery. Baca and Temme were also convicted of two counts of robbery. The jury found that Baca personally used a firearm in the course of the murder and robberies. Baca was also convicted of being a felon in possession of a firearm and his prior strike conviction for burglary was found true. 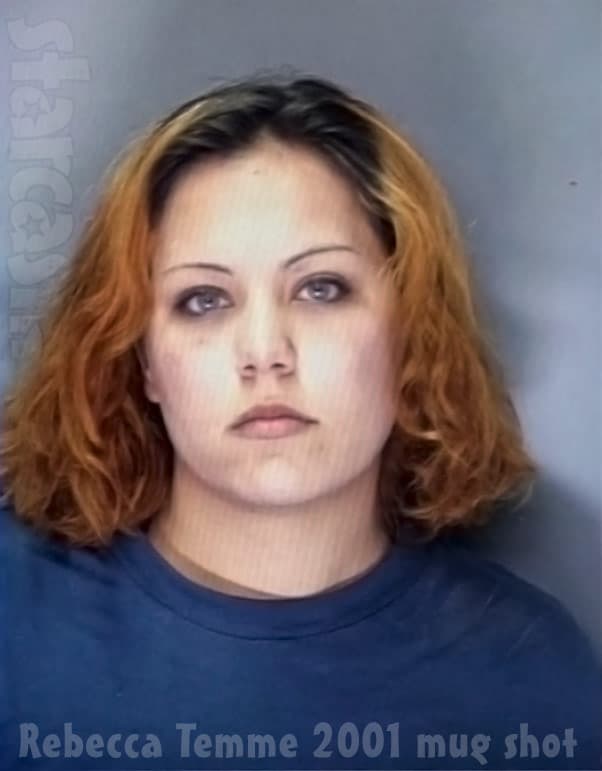 Baca’s criminal history includes convictions for assault with a deadly weapon; possessing dangerous weapons; destroying or concealing evidence for the benefit of a street gang; battery against a peace officer; possession of dirk or dagger; threatening a public officer; and domestic violence.

Both defendants face a maximum sentence of life in prison without the possibility of parole. Sentencing is set for June 28, 2019, at 11:00 a.m. in Department 34 before the Honorable Ernest Sawtelle.

During Rebecca’s sentencing, Judge Sawtelle explained why she received the maximum sentence, despite the fact that she wasn’t the one who pulled the trigger. “He executed her right in front of you. As she lay there bleeding out, you went through her pockets. It’s one of the most callous things I’ve ever heard.”

Leonora’s daughter, Julia Martin, was present at the sentencing. From The Sacramento Bee:

Montoya’s daughter, Julia Martin, reading from notes, remembered a woman who was “a mother and a friend, a loving person who had the largest heart;” a woman who was fascinated with ghosts and the paranormal, and “who may not have been perfect, but loved her family fiercely.”

Martin then directly addressed Baca as she repeated her mother’s name.

“Leonora Montoya,” Martin said. “I hope she haunts you. Mostly, because she’d get a kick out of that.”

We are currently working on another Netflix Jailbirds update, so stay tuned!

Why are there only 3 episodes of Jailbirds New Orleans on Netflix?