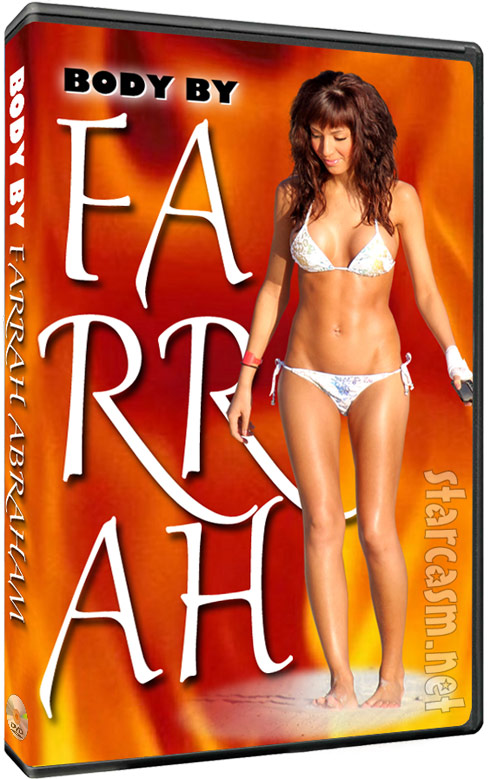 Another day, another “business” venture for future former Teen Mom star Farrah Abraham! (Most unenthusiastic exclamation point ever.) As previously hinted at waaaaay back in November of 2011, Farrah wants to share her secrets to maintaining an Abrahamtastic figure in the form of a series of workout videos, the first of which (titled “Baby Bum”) was uploaded to Youtube yesterday:

Here’s how Farrah introduces the workout (aka hip extensions):

I have to say, I love working out because through being a teenager, through having a baby, after having a baby, being a chef an eating a lot — always work out! Come in handy. It can’t just be dieting or just running , it has to also be the combination of the two. So eat right and work out, and I think these core workouts will help you because they helped me.

With Farrah’s line of food products coming out, her first cooking videos hitting the web, her book and “soundtrack” being released, a sex ed video, and now her first workout clip showing up, all that is left (that I know of) are her restaurant opening, her rumored line of jewelry, and her spin-off show. Of course, with Farrah, you never know. Next week we could see a fragrance launch, a fashion line, and her very first art opening.

On a side note, Sophia is as cute as ever in the clip! Oh, and yes, the workout DVD is a fake created in Photoshop, so please don’t make it your mission to convince people it’s not real in the comments section 🙂