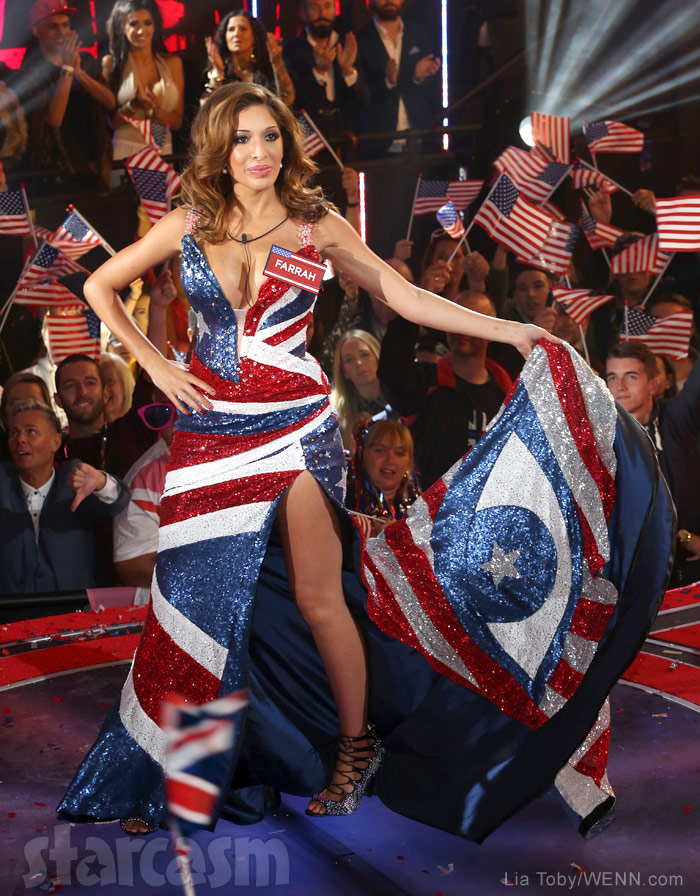 Farrah was announced by Emma Willis and she made a grand entrance wearing a sparkling red, white, and blue dress that included both the American and British flags as well as the Big Brother logo.

In her pre-recorded intro video Farrah explained her rise to fame, including her sex tape, and talked about herself. “I get what I want, and until I do, everyone else is going to be unhappy,” she said. “I am who I am, and it’s just sad that others get interrogated by my confidence. Interrogated and intimidated. Maybe it’s the same thing?” 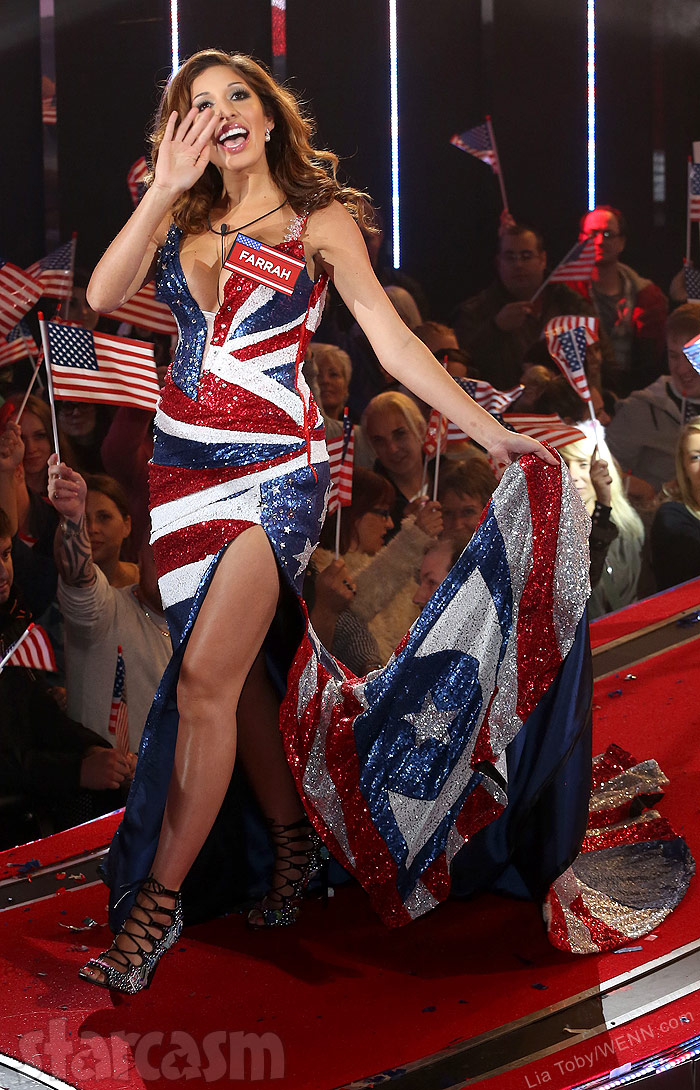 Farrah strutted down the catwalk holding her train before having an awkward interview with Emma and then heading into the house to join her new house mates.

Here is a video clip of Farrah revealing the “secret” that she once had two pet frogs that she named after the Sports, errrr, Spice Girls:

#CBBFarah doesn’t have secrets. Apart from this one. And it’s a good ‘un #CBB https://t.co/jobH9uKVrW

On her Channel 5 profile, Farrah answers a lot of questions. Here are some excerpts:

How will you introduce yourself to anyone who doesn’t know you?

I would probably just say I am a top US reality TV star, a New York Times best-selling author, I dabble in adult toy lines as well and I have had a best-selling celebrity sex tape.

Because you’ve made a best-selling sex tape, does that mean you have no fear?

I don’t believe in shame and I am ashamed of sexuality because everyone has had sex, we’re adults. I have talked about everything to a lot of people so I am comfortable.

I would say Americans are born and raised to be patriotic. I live in Austin, Texas and it is overwhelming. I love taking part in patriotic happenings, it’s so fun. I used to be a cheerleader, so I am all about that, let’s be happy. 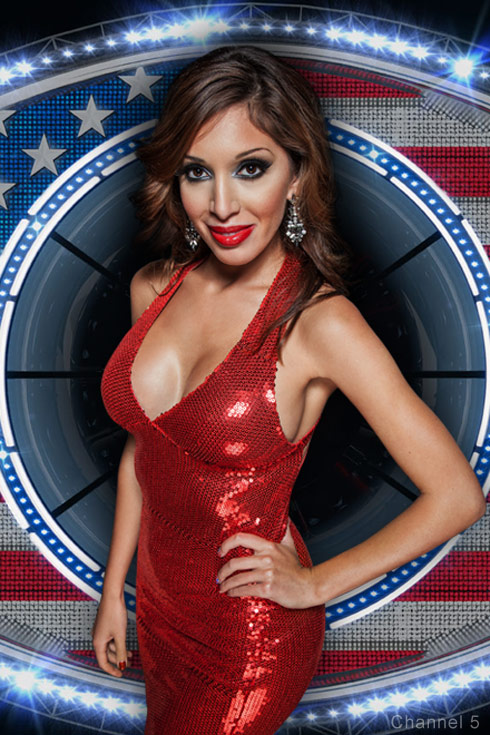 Do you have any bad habits?

I live on my own and I do my own thing so I don’t hear complaints much. I like to cook, I like to clean and be domestic.

Is there anyone you would hate to see in there?

I’m not even going to be negative like that. I embrace everyone right now. If they are a hated person then they are hated.

Is there anything you’re worried about?

I’m really not worried about anything.

In addition to Farrah Abraham, the rest of the Celebrity Big Brother UK vs. US cast includes:

Something tells me UK television audiences are in for a real treat. 🙂 I just hope the housemates decide to keep Farrah around for a while. Meanwhile, America seems a bit less ‘merican with Farrah gone.