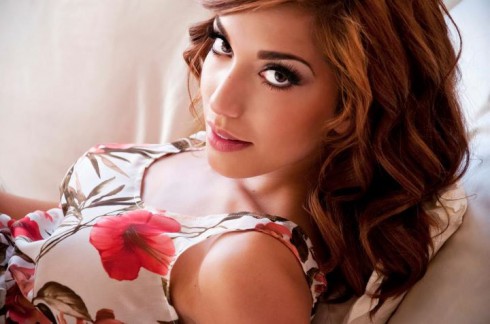 As MTV’s reality series Teen Mom finishes up its fourth and final season, one star from the show is prepared to hit the ground running with her post-Teen Mom career! in addition to launching her “Mom & Me” line of food products and releasing her memoir My Teenage Dream Ended later this month, Farrah Abraham also has an album coming out! That’s right — like music.

The Teen Momtrepreneur shared the debut single, “Finally Getting Up From Rock Bottom,” online:

“I’m happy again, and this is my song for finding happiness,” Farrah tells In Touch. She says the song is about digging down and finding the inner strength that helped her climb out of the hole she found herself in after the birth of her daughter Sophia, and the death of Sophia’s dad, Derek Underwood. “After almost wanting to kill myself, I found meaning and happiness within,” Farrah says.

There is no word yet when her entire album will be released.