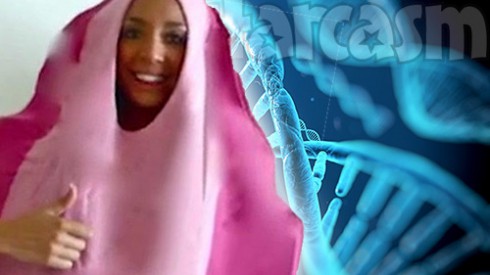 Farrah Abraham has been fired from a project with Celebrity Gene for mixing business with pleasure… products. You may remember Farrah and Celebrity Gene teamed up in June to sell her liquefied DNA in an effort to raise money for Operation Underground Railroad, a charity that seeks to end child sex trafficking. Farrah was to receive 10 percent of the profits with 50 percent going to Operation Underground Railroad. The only problem is they didn’t sell a single vial.

Celebrity Gene’s parent company, ZTPR, recently told Farrah they are severing ties with her, according to a letter obtained by TMZ. Among other factors, they blamed the flop on Farrah because she “would much rather talk about your female body parts in order to generate more profits for yourself.” As evidence, they cited one of Farrah’s statements about her line of sex toys in which she said, “Another one of my absolute favorites is my full on vibrating p***y and a** molded from my very own body.”

What is confusing about this all is that Farrah was involved in the sex toy industry long before she began collaborating with Celebrity Gene. Did they not Google her name? Either way, the company said 100 percent of future profits from their stock of Farrah’s DNA — which they apparently own outright — will go to Operation Underground Railroad.

Simon Saran says Debra is trying to take Sophia away, slept with 2 men while babysitting, etc.