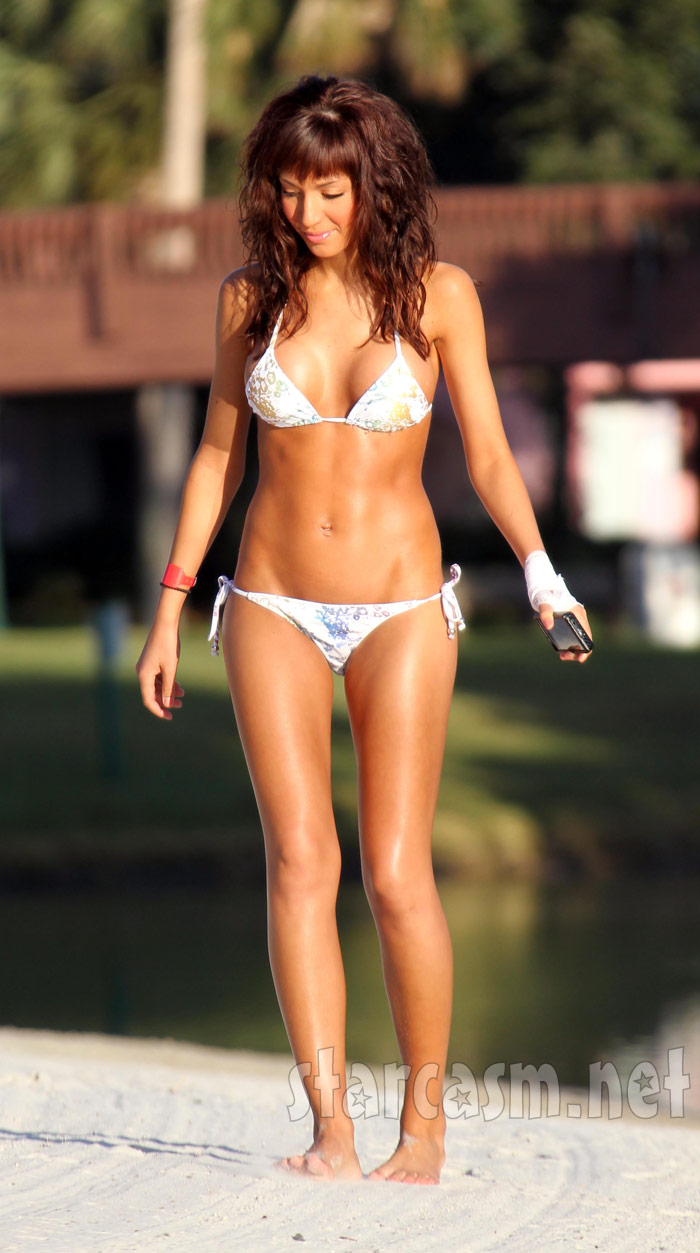 During her recent vacation to Orlando, Teen Mom star Farrah Abraham took time out of her busy parenting schedule to bask in the Florida sunshine and show off her amazing post-pregnancy body in a skimpy string bikini!

There were some rumors last year that Farrah might have hooked up with Jersey Shore‘s Pauly D and although those rumors were later revealed to be hooey it does seem that some of Pauly D’s Jerseyliciousness may have rubbed off on Farrah in the form of a serious tan! (If something from one of the Jersey Shore guys is going to rub off on you, a nice tan is about your best option!) 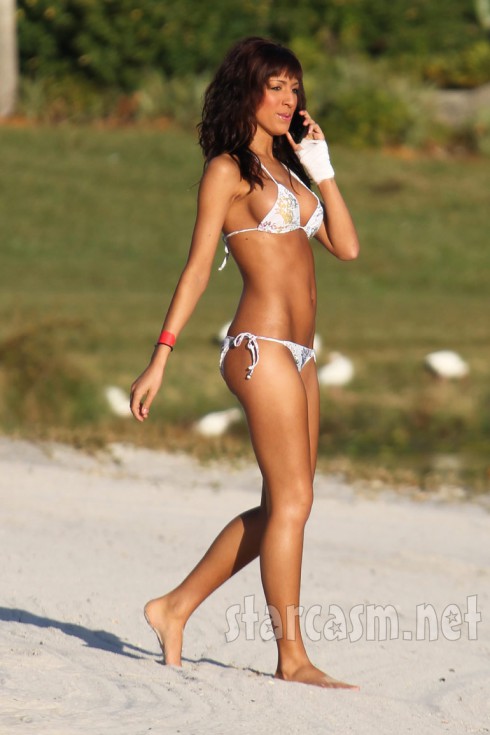 (I’m not sure what the bandage on her wrist is for! Is it from a texting accident? Did she hurt it slapping haters? Farrah are you out there? Let us know what happened!)

There have also been reports that Farrah recently may have had bandages on her breastular region thanks to having breast implants. I dunno – What do you think? 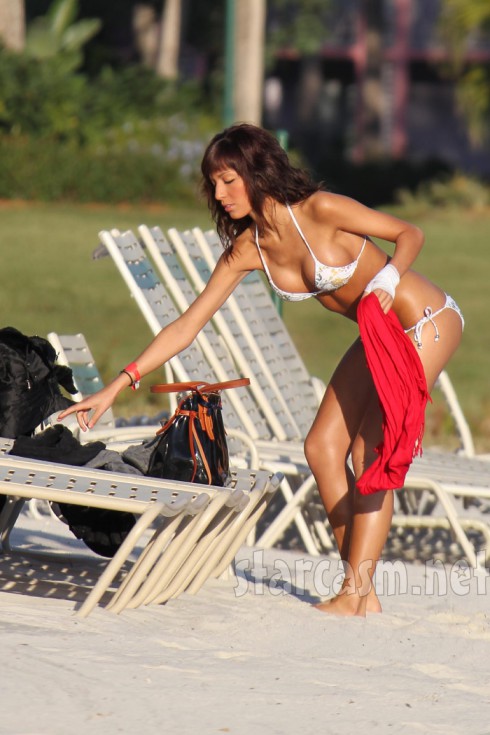 UPDATE – Farrah has admitted to having breast augmentation surgery in two separate videos for MTV Act and Us magazine. The surgery will be featured on the show and will most assuredly spawn a huge debate among fans and critics of the show.

And being the thorough journalists that we are we couldn’t just give you one side of the story! Here’s a view from the other side of Farrah Abrabum: (Derrierah Abraham?) 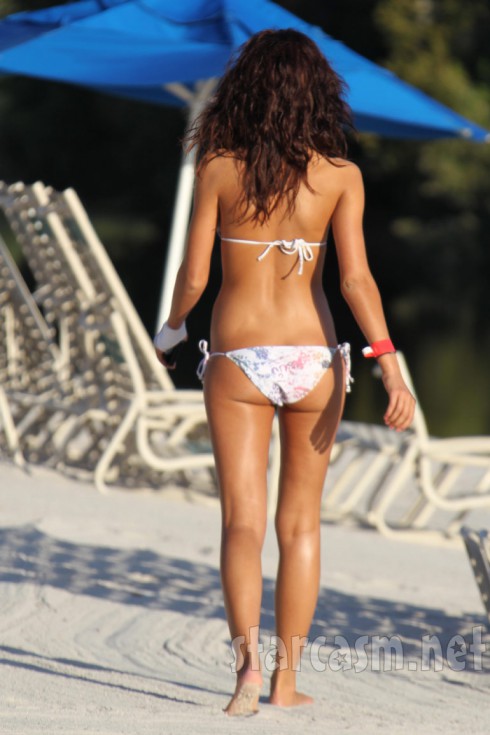 Looking good is superficial and not how we should judge people, blah, blah, blah… All of that being said, Farrah you are lookin’ damn good!