Is there anything Teen Mom Farrah Abraham can’t do?!? Adding to an extensive resume that includes being a model, chef, and author (in addition to reality television superstar) Farrah can now add shark fisherman! (Fisherperson?)

As we mentioned in a previous post it appears as though Farrah and her daughter Sophia will be moving to Florida so Farrah can continue to pursue her culinary degree. As a result the teen entrepreneur has been spending a lot of time in the Sunshine State shopping for apartments, visiting Disney World, and walking around on the beach looking damn good in a bikini.

On her most recent trip down south Farrah left dry land for an ocean adventure and tweeted the above photo as a result along with the caption:

So i caught my first shark in Florida today! Boating is fun:)

That there is a big ol’ hammerhead shark folks! Lord I hope the MTV crew was on board to film that! The original Teen Mom series will reportedly be ending after this next season and it would be extremely fitting if they almost literally jump the shark with this footage!

Of course, as is the case any time any of the Teen Moms do anything, there are people in an outrage. In addition to some vegetarians and animal rights activists protesting the notion of sports fishing in general a huge interstellar star has also expressed his displeasure: 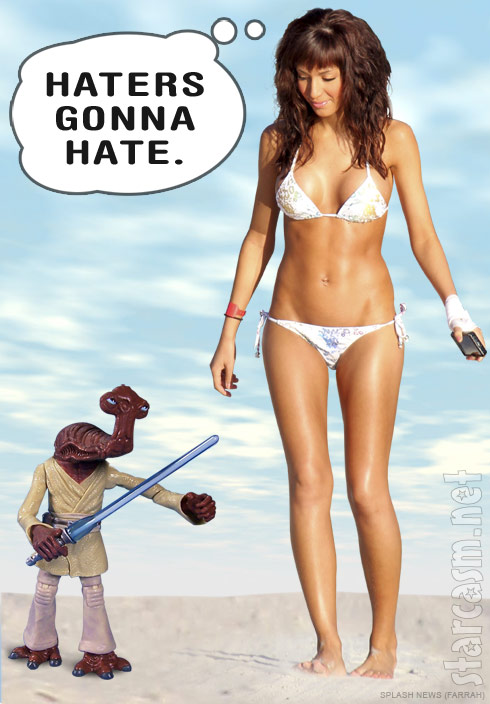