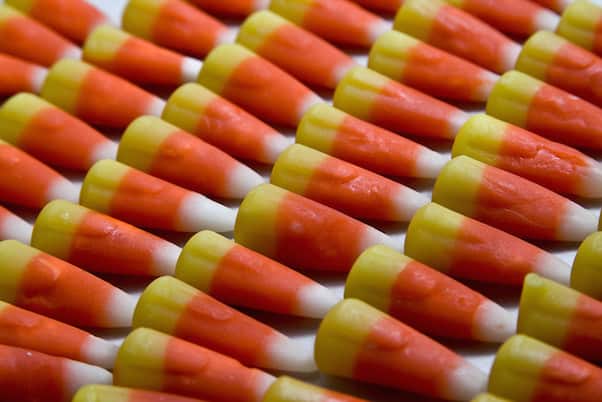 CELEBITCHY – According to a new and thoroughly scientific survey by CandyStore.com, the most beloved Halloween candy in America is the hallowed Reese’s Peanut Butter Cup, followed closely by Snickers. And the worst Halloween candy is candy corn, with circus peanuts a distant runner-up. So, now that it’s conclusive that candy corn is garbage, let the seasonal debating commence! (For the record: candy corn is absolute and total garbage)

LAINEY GOSSIP – “It seems like most of Black Hollywood was in Atlanta this weekend for the grand opening of Tyler Perry Studios. Oprah and Stedman walked the carpet together. Halle Berry and Whoopi Goldberg shared a moment on the red carpet. Samuel L Jackson, Viola Davis, and Tiffany Haddish were there, and Ava DuVernay too. It was a combination of veterans and the future, with Cicely Tyson, who turns 95 years old in December, representing legend and Storm Reid carrying on the legacy.”

THE BLAST – Somehow Beyonce didn’t get a mention in Lainey’s opening paragraph above, but don’t worry; she was at the Tyler Perry Studios grand opening as well. She shared a table with Oprah, as one does

JEZEBEL – It seems Prince Andrew’s response to recently resurfaced footage of himself “hanging out at Jeffrey Epstein’s Manhattan sex-trafficking mansion in 2010” is that he was only there to tell Epstein they were no longer friends. Congrats to Prince Andrew on finding an excuse even weaker and less believable than “I only went in the strip club to get directions”

VOX – After that Epstein story, enjoy the palate cleanser that is this totally delightful, gentle, and thought-provoking comic strip about the mysterious world of eels. No, really. Thank me in the comments

THE BLEMISH – The folks in charge of the Washington football team leaked a few videos of (now former) coach Jay Gruden “smoking weed & piping young thots” in advance of his firing, which came after the team lost its fifth game in a row yesterday. It’s not in the article, but Washington called Gruden in to the office at five o’ clock this morning to fire him. So, if your day’s not going great, at least you’re not Jay Gruden

LINKS Maddie Ziegler on life after Dance Moms, is Rihanna pregnant, Stringer Bell as The Gunslinger…