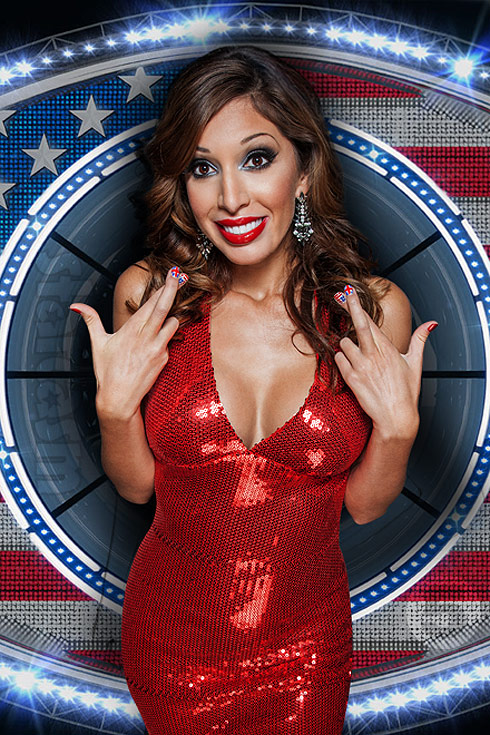 It’s been more than three weeks since Teen Mom star Farrah Abraham entered the Celebrity Big Brother house and began winning over the hearts of drama-loving UK viewers. Alas, the self-proclaimed “Queen of Reality TV” has seen her time on the show come to an end after being evicted moments ago.

The live eviction was a complicated process that began with four contestants being saved by fan voting, and, unfortunately for Farrah, she didn’t finish in the top four. Those four then got to each select one other person to save from eviction. Although viewers of the show have enjoyed Farrah’s entertaining presence in the house, she didn’t have nearly as much luck winning over her Celebrity Big Brother co-stars. Making matters worse, Farrah’s bestie Jenna Jameson was in the same boat.

The end result was that only Farrah and Jenna remained eligible for eviction and the final decision of whom to save (and, thus, whom to evict) came down to Austin Armacots. After both Farrah and Jenna offered up their ten-second pleas to remain, Austin selected Farrah for eviction.

After the announcement was made, Farrah made the rounds saying good-bye to the rest of the #CBB cast with quick hugs and a “Much love” for each. She then exited the house and was met with a chorus of boos from the live audience. 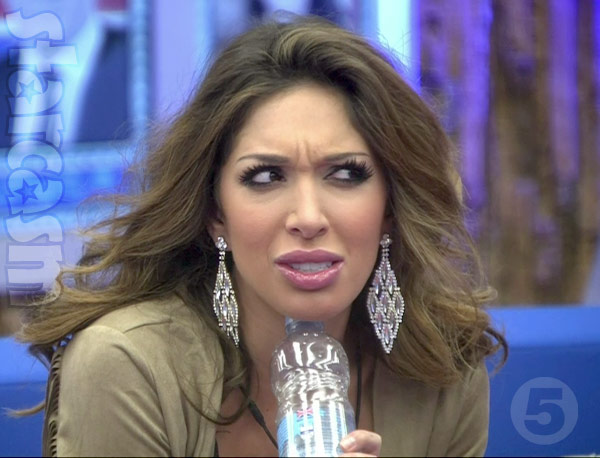 In her exit interview, Farrah seemed relieved to have been evicted. “I miss my life. I miss real life,” she said. Farrah also seemed well aware of how her housemates felt about her: “I really felt like they wanted me out of there some times,” she said.

“I think it’s hard for a real person to win,” Farrah later said of not coming out victorious, adding that she isn’t about the “fake bullsh!t.”

Farrah was then shown a “highlight” reel of her time inside the house, which was essentially a montage of angry outbursts. Farrah’s response was typically pro-Farrah. “I kind of love myself. I love that I do not tolerate f**ked up sh!t.”

Needless to say, I won’t be paying much attention to Celebrity Big Brother from here on out.

REPORT Catelynn Baltierra had a miscarriage before November rehab stay