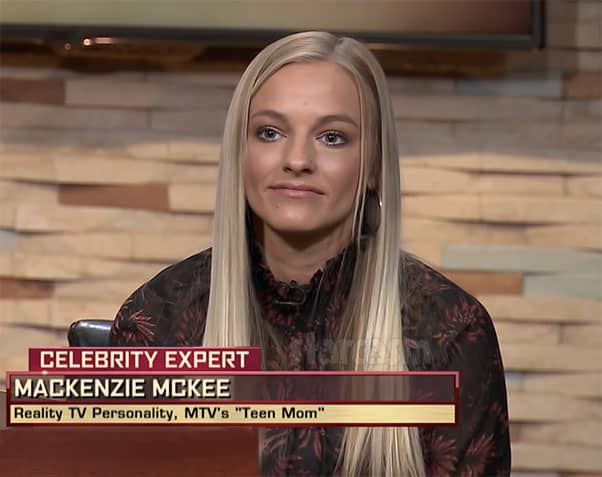 On a recent episode of Couples Court, judges Dana and Keith Cutler try to settle the dispute between a young mother who suspects that her husband has been cheating on her. To help settle the case, they bring in “celebrity expert” Mackenzie McKee to offer up advice to the young couple on how to overcome trust issues and build a solid marriage.

In the episode (included below), Isabel Cerda reveals that she secretly married her husband, Angel Reyes, the previous December. She says that none of their family know about the marriage before pointing a finger at Angel. “This man still thinks he’s single, and I think he’s cheating on me,” she tells the judges.

Angel admits to cheating on Isabel in the past, but insists that he hasn’t cheated since she got pregnant.

Isabel reveals that most of her suspicion stems from Angel being overprotective about his phone and not letting her access it. And there was an instance when Angel received text messages from someone identified with just heart emoji and Isabel saw them.

Some more things that made Isabel suspicious:

Angel wants to have sex every day, but that’s something she’s not up for. He has told her before that being denied sex is the reason that some girls get cheated on.

Angel likes to go out for “drives” often, and he makes sure to shower and put on cologne before heading out. He is usually gone for a couple hours.

Isabel found a condom in his car, and she says they don’t use them.

She also found a pair of earrings, which Angel claims belong to an unknown family member with access to his car.

“Here’s the deal,” Dana tells the couple. “We wanted to talk to an expert who’s been in your shoes. She’s an MTV star of Teen Mom 3, founder of Body By Mac, and she’s gonna share her experiences of being a young wife with young kids and a young husband. We’re bringing in Mackenzie McKee!”

At this point the bailiff escorts Mackenzie into the courtroom and leads her to the witness stand.

Dana greets Mackenzie and asks her to share her story.

“I met my boyfriend,” Mackenzie begins, “we were 15 and 16 and we were babies, thinking we knew what love was when we had no clue. And we got pregnant really quick and had our son. And within a year, we had both cheated on each other. And making it through that was hard.”

Keith asks Mackenzie how she and Josh got past those issues.

“We actually had a shotgun wedding like you guys,” Mackenzie continues. We got married behind everyone’s backs. And we got married not forgiving each other yet. And so what we had to do was, we took a solid three months without talking to each other to work on ourselves. You have to love yourself and you have to work on yourself.”

The audience applauds before Mackenzie adds more insight. “If it’s meant to be, you’re gonna find your way back to each other. But you have to come clean.”

“Thank you so much for being here,” Keith says. “I’m glad we brought you here. I’m glad you were able to give some information to our couples that they can use. Thank you very much.”

Mackenzie is then escorted back out of the courtroom.

After Mackenzie’s departure, the judges brought out a polygraph examiner to give Angel a lie detector test. The lie detector test determined that Angel was being truthful about his drives not being a cover for sexual relations. But, he was apparently lying when he claimed to have not had sexual relations with another woman after his initial cheating was exposed.

Angel tells Isabel that he did cheat, but he has been faithful ever since they got married.

A very emotional Isabel reveals that she wants to get a divorce. Dana recommends that she seek counseling. “And as we say in this courtroom, do not cheat yourself out of an opportunity to have a happy, healthy, mature relationship,” she adds.

I was curious about the fate of Isabel and Angel’s marriage, so I did some checking. I could only find Isabel on Instagram, and unfortunately there was no smoking gun as to whether or not she and Angel are still together. However, her last photo of Angel on her account is from way back in November of 2018. She’s only posted a dozen photos since then, so that’s not very telling.