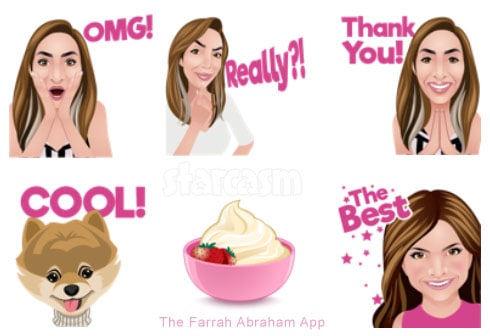 For everyone out there having difficulty communicating exactly what you mean without the help of little animated Farrah Abrahams, there is no more need to worry. That’s right, the former Teen Mom OG star has just launched her very own series of emoji via her new Farrah Abraham app!

In an unexpected branding move, Farrah is tying the emoji to Teen Mom by calling them “Farrah OG” emoji, which caused a bit of confusion when Farrah promoted them in all caps. “NEW UPDATE #FARRAHOG Emojies ?????? love it! Download now!” she announced on Twitter, along with a photo of the entire FARRAHOG emoji image library.

In addition to little animated Farrahs declaring things in bold pink lettering, there are also images of Sophia, Starburst the miniature horse, and even Farrah and Sophia’s late dog Blue.

Also at the disposal of Farrah Abraham app users are images of a bowl of Froco frozen yogurt, a Beverly Hills sign, a Fendi logo, WWFD (What Would Farrah Do?), FarrahEnough (I assume a play on “fair enough”), A Hollywood-inspired Farrahwood sign, and Farrahlelleled — which is a puzzle I’m still trying to figure out: 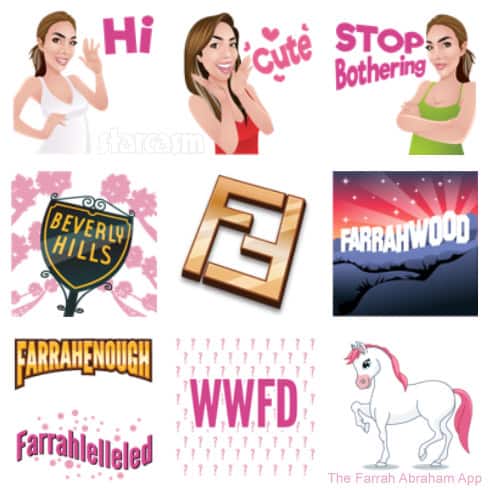 Unfortunately, the FARRAHOG emoji is lacking the most obvious emoji — a Farrah Abraham cry face. So we used one of our original David Gilmore drawings to see what we could come up with on really short notice: 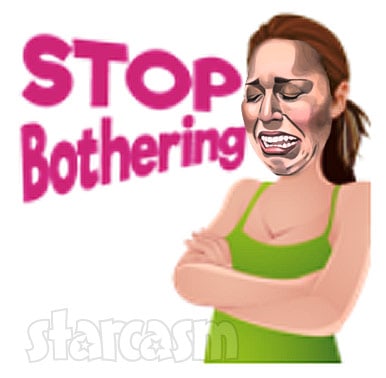 That is simply ?? right there!

There’s no word if Farrah will be expanding the Farrahlphabet of Farrahmoji, but I check my Farrapp daily and will let you know!