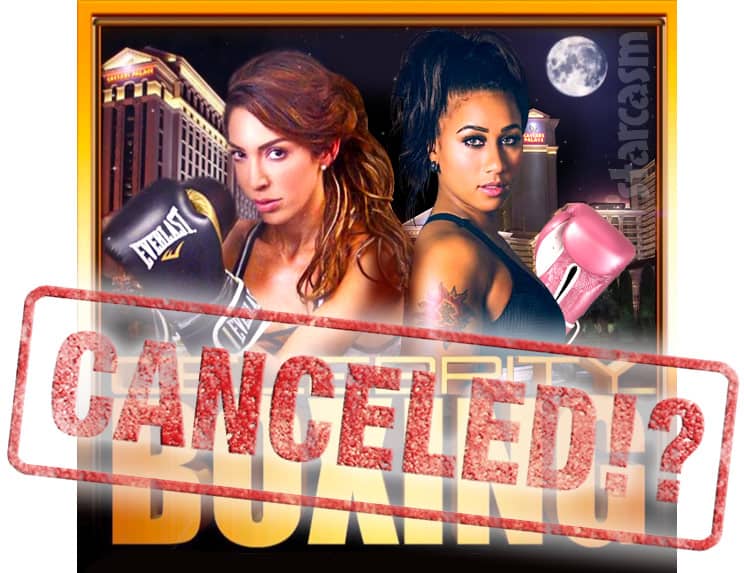 Just eight days before the much ballyhooed celebrity boxing match between former Teen Mom star Farrah Abraham and Flavor of Love vet Nicole “Hoopz” Alexander was scheduled to go down, Farrah has reportedly dropped out over a dispute about accommodations and tickets for her friends, family, and trainers.

We spoke with Farrah’s dad, Michael Abraham, and he confirms that Farrah has reached an impasse with fight promoter Damon Feldman, investor Samantha Goldberg, and sponsor Michael Mak of Boom Cups — and it does center around their refusal to provide travel, hotel, and tickets for her peeps.

“Farrah did not pull out of the fight,” Michael clarifies. “They have been lying to our face for weeks,” he says in regards to the accommodations issue. Michael says Farrah made the request and was promised that she would get what she asked for, but they never delivered.

We asked if what Farrah was promised was actually in Farrah’s contract, and Michael isn’t sure. Even so, Farrah’s camp remains confident from a legal standpoint. “We have all that we need,” Michael says, mentioning promises made via email and more.

Radar Online broke the news about Farrah potentially being scratched from the match with “a source close to the MTV star” describing the situation as “typical Farrah with her diva demands.” The source adds that “She wanted 30 rooms, flights for six people, she was very demanding and difficult to work with.”

Michael laughs at the “source close to the MTV star” description. “They’re the ones that leaked the story to cover their ass,” he says of the boxing promoters.

And speaking of the boxing promoters, Michael is very specific in his frustration with Celebrity Boxing head Damon Feldman. “Damon is a piece of sh*t,” Michael says, before bringing up the fact that Damon pleaded guilty to assaulting his girlfriend in 2016 and spent several months in prison. “This was his opportunity to rise up out of the ashes,” he adds.

Michael also points out that they never really got a definitive answer on which anti-bullying charities would be receiving part of the profits from the match, or how much. “What organizations are benefiting? They will not answer that question,” Michael says.

Given that Farrah and promoters have apparently been hung up on the accommodations issue for weeks, could it be that the decision to have Farrah nemesis Drita D’Avanzo referee the match was just an “F you” gesture to Farrah? Regardless, Michael says the Drita ref idea was a “recipe for failure” and it would create a potentially unsafe situation for Farrah. 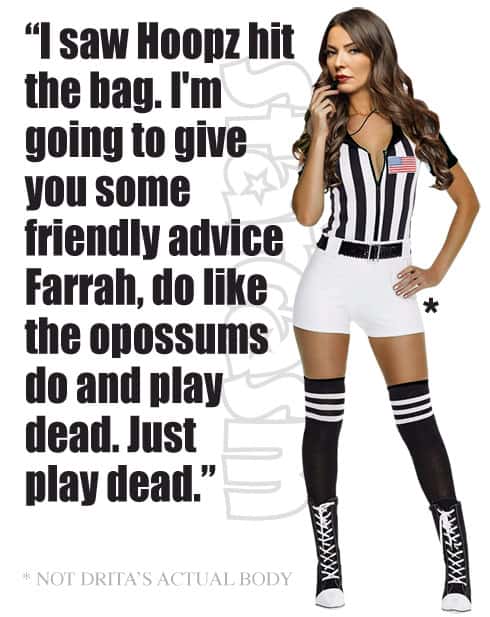 As far as Farrah’s opponent, Michael doesn’t have a single unkind thing to say. “I have a lot of respect for Hoopz,” he says.

So what will happen with the match? Michael has heard that they already have a replacement for Farrah lined up, although he does not know who. Is it possible that they will shift Drita from referee to opponent? The timing sure seems to fit.

Despite all of the negativity, Michael insists that it’s not impossible that Farrah and the promoters will be able to work things out. “Farrah is still training,” he points out.

I don’t have anything negative to say about Hoopz either, but if they really try to go ahead with this boxing match without Farrah Abraham, that is going to be a HUGE disaster. Say what you will about Farrah, but she was without a doubt the only reason that people were even talking about this match. Can you imagine if you shelled out money for tickets (perhaps even the $10,000 “Knockout” package that included 40 tickets to the match, meet & greet, and after party) only to find out later that Farrah was not going to participate? That sounds like a promoter’s worst nightmare — especially if it really could have been avoided by giving Farrah 30 hotel rooms, 6 airplane tickets, and tickets to the bout.

Of course, it could be that it is written in the fine print for ticket purchases that Farrah and/or Hoopz might not be able to participate, and in that case it might actually work out well for promoters if they get to cash in without having to pay Farrah? I honestly don’t know how all that works.

All I know is that it appears as though there will be a celebrity boxing match between Hoopz and some other celebrity willing to fight on short notice. That is a marketing tree falling in the forest right there! And I guarantee you that it will not make a sound.

UPDATE – Farrah has posted a series of videos on social media bashing event organizers and calling them “the most disgusting human beings on this earth.” Meanwhile, event organizers are saying they are prepared to sue Farrah for millions if she doesn’t fight. Click here for all the latest!

REPORT Being Amber, Being Catelynn and Being Farrah specials to air early 2014