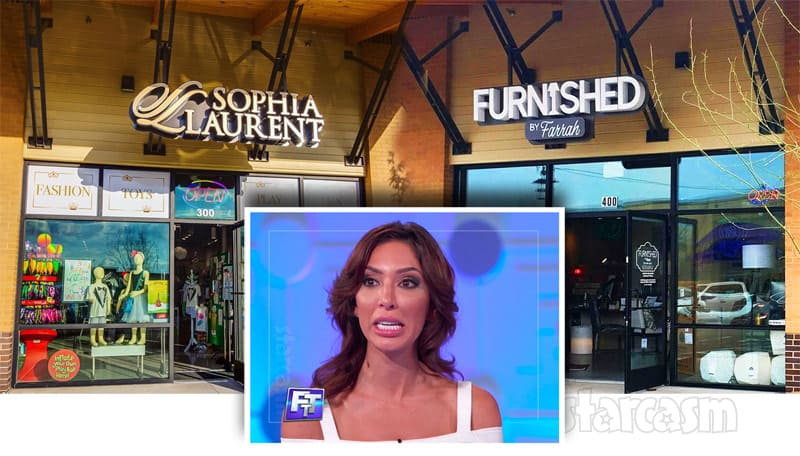 It seems like everybody is looking for a piece of former Teen Mom OG star Farrah Abraham! Less than two months after Celebrity Boxing Promoter Damon Feldman filed a lawsuit seeking damages after Farrah pulled out of her bout with Hoopz Alexander, the shopping mall that housed Farrah’s two retail stores from 2016-2018 filed a lawsuit claiming she owes in excess of $100,000 in unpaid rent!

As we were the first to report, Farrah shuttered the doors on both her Furnished By Farrah and Sophia Laurent Children’s Boutique in September of last year. “They have been closed since the end of September when the property leases ended for rent organization,” Farrah’s dad Michael told us in November.

According to TMZ, “Farrah’s under the impression everything was squared away last October when the mall kept her deposit.”

Apparently there was a bit of confusion about the lease agreement, however, as The Oaks at Lakeway is claiming that Farrah and her company, F & S By Farrah, signed five-year leases on both locations that began in late 2016. The company filed a lawsuit on February 13 demanding at least $101,212.50.

Although the lawsuit was filed against F & S By Farrah, Farrah herself was also named because she is the company’s guarantor.

However, Farrah may not be the only individual on the hook. According to court records, her ex Simon Saran has also been named in the lawsuit! It’s unclear at this time what role Simon played, but I am guessing that perhaps he cosigned on the lease? We have reached out to Simon for comment, and will update if he is able to give us a statement.