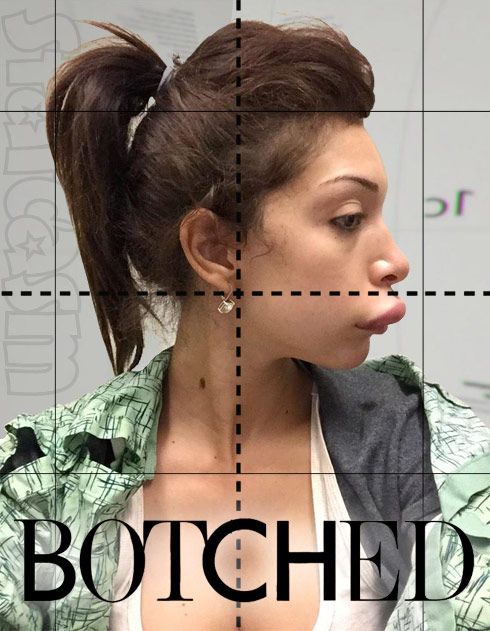 Teen Mom OG wrapped up almost a month ago, but of course Teen Momtrepreneur extraordinaire Farrah Abraham is not resting on her laurels. The 24-year-old single-mom continues her blitzkrieg of projects and headline-grabbing antics, including an appearance on Botched this Sunday, a new line of “Fotched” lipstick, and enjoying the Fourth of July with daughter Sophia while what looks to be the MTV Teen Mom film crew capturing it all on film. Plus, in a new interview, Farrah explains shy she and ex-boyfriend Simon Saran broke up!

We’ll start off with the potential evidence that there will be another season of Teen Mom OG, or at least some sort of Farrah Abraham spin-off or catch-up special. Check out this video of Farrah on a boat with daughter Sophia over the Fourth of July weekend in which you can clearly see a full film crew, including a blurry figure that looks A LOT like Teen Mom OG producer Heather:

And here’s a photo in which you can clearly see one of the camera guys. He looks familiar as well: 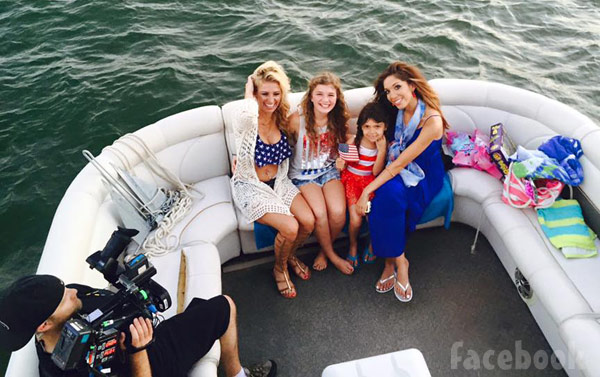 Although we don’t know for sure if there will be a Teen Mom Season 7 or if Farrah will be on it, we DO KNOW that Farrah will be on this Sunday’s episode of Botched! As we previously reported, Farrah looked to enlist the assistance of Dr. Dubrow and Dr. Nassif after her infamous lip implant procedure gone wrong. We are assuming she was told there was not much they could do and that she just had to wait for the swelling to go down, but you (and we) will have to tune in Sunday night at 9/8c on E! to make sure. (You KNOW that is going to be some entertaining television!)

Plus, it seems that Farrah is using her bad medical experience and appearance on Botched to launch her own lipstick. She tells Real Mr. Housewife in a new interview that she will be launching a lipstick line called Fotched on the same night as her appearance on Botched. “Now I traded in the needles for lipstick,” Farrah says, “just in time to show your #LoveWins support!”

She says the lipstick will be available to pre-order through her website and social media accounts.

In the interview, Farrah also opened up about her ex Simon Saran and why they broke up: “Simon and I are still really good friends but because of my busy schedule things just didn’t work out.” To Farrah’s credit, that is pretty much the nicest thing she has ever said about an ex.

In addition, Farrah talked about selling her DNA, looking for a date to the ESPYs, being named one of Cosmopolitan’s “Internet’s Most Fascinating 2015” and her desire to replace Donald Trump as host of The Apprentice. Head over to RealMrHousewife.com to check out the full interview!