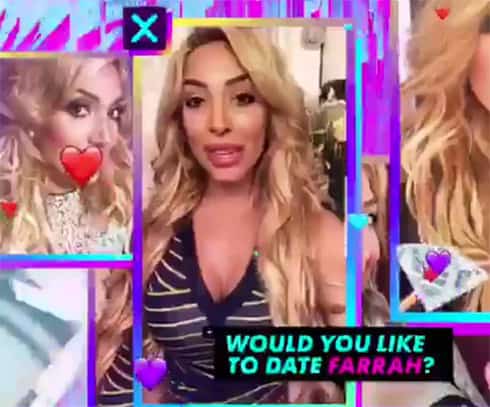 Earlier this month we reported that Teen Mom OG star Farrah Abraham would be starring in a new dating reality series utilizing social media to look for love. Initially titled Love Socially, the series has since undergone a name change and will officially be called Single AF, which doesn’t mean what you think (Single As F*** or Single Ass Farrah) but Single Available Famous.

“So excited to join @mtvsingleaf where I’ll be traveling around the world going on dates that YOU can help me with,” Farrah announced on her social media accounts earlier today. “If you think that you have a friend who may be the one for me.. tag them and comment your reason why on Instagram.. it could even be you!” Farrah included a link to the application form where you can put your hat in the ring for a potential Farrahlationship.

Here’s a video of Farrah talking about being on the show and describing what she is looking for in a potential mate:

“Hi, I’m Farrah from MTV’s Teen Mom and I am putting my love life in the hands of MTV and my followers,” she says to kick off the clip. More from Farrah:

In my own words, I don’t know why I haven’t found my own man, my own match, umm, the love of my life — but I am searching for somebody who doesn’t cheat of course, who is wealthy, rich, has his own car, lives on his own, is super grateful for everything that he has: his successes and his goals and his future, and also can be family friendly.

More on the show from Variety:

Single AF will rollout June 26 through July 11 on MTV’s Facebook, Twitter, Instagram and Snapchat accounts. The linear series will follow in November. The series will chronicle two weeks of dating adventures among young celebrities who will then bring their top dates to a castle in Paris to determine if they’ve “met their match.”

The full trailer with the entire cast — via Instagram video of course:

These 7 single celebrities are looking for love.. And won't give up until they've travelled around the world with us going through epic themed dating challenges and taking into consideration who YOU want them to go on dates with. Will we be successful and help these 7 singles find love? Or will they be Single AF (available, famous) forever? #MTVsingleAF

Since the dating decisions will apparently be influenced by folks voting on social media, here are my predictions for who will be making the trip to Paris with Farrah with a very brief explanation of my reasoning for each:

4. Simon Saran (If the show is rigged)

1. Shane Dawson (There is absolutely no way Shane Dawson doesn’t win if this is purely a democratic process.)

So far we have yet to hear from Farrah’s off-screen boyfriend Simon Saran, who has repeatedly mocked MTV for pretending that Farrah is single in the past. I will just insert this placeholder eyeroll photo until we get the inevitable “Simon Says” shady tweet(s): 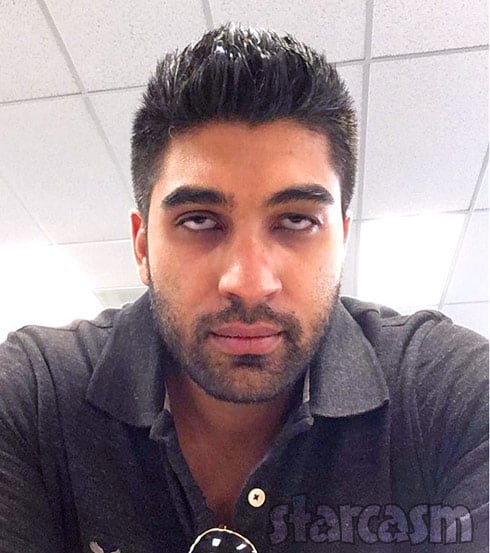 As expected, that didn’t take long! After retweeting this post, Simon tweeted this insight on Single AF, seemingly making a joke about Matt Baier:

#singleAF a dating show involved with social media stalkers. When has that ever worked in the past? Oh wait.. #TeenMomOG