We have very sad news to report for Teen Mom 2 fans as Taylor Lewis, the ex of Courtland Rogers (and mother of his daughter Jordan), reportedly died on Thursday at the age of 29.

THE ASHLEY’S REALITY ROUNDUP – Not-actually-a-teen-mom Teen Mom star Cheyenne Floyd got married over the weekend, and she had more Teen Mom stars in attendance than an Amber Portwood court hearing! The Ashley scoured the interwebs and has put together TONS of photos from the Chey-indig, complete with commentary and details about the ceremony and reception!

DLISTED – On the 30th anniversary of Sinead O’Connor tearing up a photo of Pope John Paul II on Saturday Night Live, Kanye West decided to make his own headlines by wearing a Pope John Paul II sweatshirt to his Yeezy fashion show. Having the Pope on the front of the shirt wasn’t enough to merit headlines around the blogosphere, but having big bold letters on the back that read “WHITE LIVES MATTER” sure was! Kanye ramped up the trolling (whether intentional or not) by posing with Candace Owens wearing a similar sweatshirt.

REALITEASQUAD – VIDEO Sister Wives star Robyn Brown has apparently had a nanny since she first moved to Lehi, Utah — at least. this season it was revealed that Christine’s daughter Mykelti moved in with Robyn when they lived in Utah to help take care of Robyn’s kids. As fans are well aware, Robyn would later look outside the family for help raising her children by hiring a nanny. Meanwhile, she refused to allow Meri to visit. 🤷🏻‍♀️

REALITY TEA – The Real Housewives of Salt Lake City’s Jen Shah will soon be heading to prison for fraud, but she’s not going to let a little pending prison time dismount her from her high horse! In Jen’s latest bit of Don Quixote jousting she attempts to unseat her co-star Lisa Barlow by accusing Lisa of using a racial slur in reference to Jen’s sons.

CELEBITCHY – The Try Guys open up about the departure of “Wife Guy” Ned Fulmer after it was discovered Ned was being a little less than gentlemanly towards women and wife guying a female employee. Watch the Try Guys video and/or read a transcript of their full statement.

MONSTERS AND CRITICS – Teen Mom: The Next Chapter star (😂) Jenelle Eason and her gun-totin’ sasquatch hubby are celebrating five years of marital bliss with a honeymoon in Maine. Monsters and Critics has a recap (so far) with lots of photos and posts from the Easons. Head on over there to see if the Moneyholemoon (too obscure?) was worth taking a flight and putting Jenelle’s life at risk due to potentially fatal esophageal spasms! 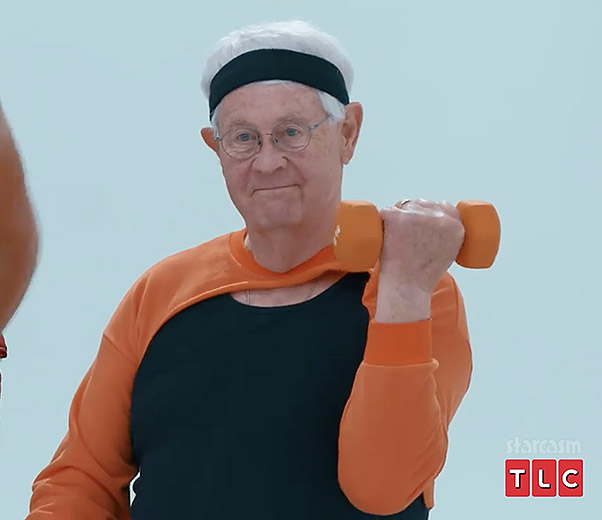 SOAP DIRT – On a recent episode of My Big Fat Fabulous Life, Whitney Way Thore is celebrating some sort of anniversary for her No BS Active fitness app (twelve minutes? one week? six months?) by filming a promotional video with an ’80s theme. How could you resist all of the fluorescent colored workout attire and an appearance from none other than Olivia Newton Glenn?!

THE BLAST – Sister Sister star Tia Mowry has filed for divorce from her husband of 14 years, Cory Hardrict. According to the filing, there was a pre-nup agreement in place. Tia and Cory dated for six years before tying the knot, meaning the divorce will end a relationship that has lasted for 20 years.

KIKI AND KIBBITZ – VIDEO “LALU: Word On The Street!” Drama as the season comes to a end, on & off-screen! #lifeafterlockup Daonte & Britney both clarify a bit about their scenes on the last episode. Kayla lets everyone know that If you are with Kevin, she will always be there in some way 😂 As usual, some Mandy & Maurice antics.

Former Teen Mom 2 star Jenelle Eason made her MTV return this week as she trashed her husband David Eason for not having a job on Teen Mom: The Next Chapter. Unlike David, Jenelle’s exes don’t have access to her sweet, sweet OnlyFans money, and some of them are having a pretty rough time as a result. That includes Jenelle’s ex-husband, Courtland Rogers, who was arrested Tuesday and charged with felony assault by strangulation.

Almost a month after Nathan Griffith announced on Instagram that he left his wife, was living in his car, and had been diagnosed with liver cancer, the former Teen Mom 2 dad returned to the social media platform to assure his followers that he is… back on OnlyFans?

Former Teen Mom 2 star Jenelle Eason has been back in the news recently after she reportedly turned down MTV’s latest offers to return to the Teen Mom franchise. Jenelle’s rep spoke with People and provided some information about the relationship between the reality star and MTV, and he also confirmed that Jenelle currently “has a new dynamic series in development” with another network.

The People article got a series of responses from a very reliable Jenelle source debunking and clarifying what the rep told the magazine. That source also spilled the beans on roughly how much money Jenelle is making on OnlyFans!

THE ASHLEY’S REALITY ROUNDUP – Former Teen Mom 2 star Jenelle Eason has reportedly turned down MTV’s offer to return and she is currently pursuing a “dynamic” new show on a “major network.” Jenelle’s rep says that the new network is even willing to allow Jenelle’s husband David Eason to participate as he is “being a good boy.”

DLISTED – The Real Housewives of Atlanta‘s NeNe Leakes was recently calling the people at Bravo “abusers” who “want power over their victims” in some cryptic social media posts as part of her campaign to build public support for her racial discrimination lawsuit against Andy Cohen and the network that launched her into stardom. However, just like many of her bitter on screen rivalries, NeNe has had a change of heart and has filed to withdraw the lawsuit. It’s unknown if a settlement was reached.

KIKI AND KIBBITZ – VIDEO The gals sit down with Tayler’s parents from Love After Lockup! “Find out what Tayler and Bobbie’s parents think about Chance, how things are going since he joined the family, and Bobbie’s overdose.”

CELEBITCHY – If love is blind then Danielle Ruhl and Nick Thompson have recently regained their sight. The couple recently filed for divorce, joining their Love Is Blind Season 2 co-stars Iyanna McNeely and Jarrette Jones on the bus to Splitsville.

THE BLEMISH – NOOOOOOO!!! When Euphoria returns for another season it will be completely Katless. Actress Barbie Ferreira announced she is leaving the HBO drama, and it doesn’t sound as though it was her choice.

SOAP DIRT – Kate Gosselin and Jon Gosselin are public feudin’ like old times! Jon recently called out Kate for plundering their kids’ trust fund, and Kate is firing back! Could we be seeing an empty nest spin off title Jon and Kate Minus 8 coming soon?

THE BLAST – Laguna Beach star Kristin Cavallari had a recent Q&A with her Instagram followers and reveled that she’s had a little work done on her breasts. She admits that she had a lift done after she was done nursing her three children.

REALITEASQUAD – VIDEO The reddit sleuths do not miss a thing. Sister Wives patriarch Kody Brown actually admits on camera that he had to ask their nanny what she was doing to protect their children. It’s clear that a list of rules did not exist until Christine brought up on camera the nanny being able to go to their house but not her kids.

Former Teen Mom 2 star Nathan Griffith is posting on Instagram looking for someone in the Miami area to give him a place to sleep for a “couple nights until I can figure out all my problems.” It seems his search for charitable lodging is not going well.

Just like the infamous Girl Sh*t podcast, the civil lawsuit that the failed project inspired never got off the ground. A Utah District Court judge dismissed the lawsuit on Friday after the attorney representing Jenelle Eason, Andrew Kenton and others failed to prove that the Court had jurisdiction over the case.

Eleven days after Gabbie Egan showed her support for former Girl Sh*t podcast co-host Jenelle Eason by visiting The Land, the TikTok star paid tribute to her Teen Mom 2 gal pal by getting arrested and charged with multiple felonies in Las Vegas.

TikTok star Gabbie Egan seems unworried about any public backlash as she openly showed her support for Teen Mom 2 couple Jenelle and David Eason this week. And she didn’t just show support by posting favorable things about Jenelle online, Gabbie actually visited Jenelle on The Land!

Jenelle Eason posted a lengthy video on Monday calling out her former Girl Sh*t podcast co-star Deavan Clegg for a variety of things, including suggesting that Deavan may have stolen her prescription drugs while they were in Chattanooga together in March. Deavan was made aware of the video, and she rolled right out of bed and onto Instagram live for a lengthy response video. Deavan later delted the video, but we’ve got a recap in the form of a nearly complete transcript!

The fallout continues from the world shortest living podcast! In the latest chapter of the ongoing feud between would-be Girl Sh*t co-stars Jenelle Eason and Deavan Clegg, Jenelle shares her side of everything that happened with the failed business venture. She includes excerpts from her and Deavan’s contracts as well as text message exchanges with the man in charge of Girl Sh*t, Chris McNelly. Get a full recap and/or watch Jenelle’s 44-minute expose video!

Read More...
We use cookies on our website to give you the most relevant experience by remembering your preferences and repeat visits. By clicking “Accept”, you consent to the use of ALL the cookies.
Do not sell my personal information.
Cookie SettingsAccept
Manage consent