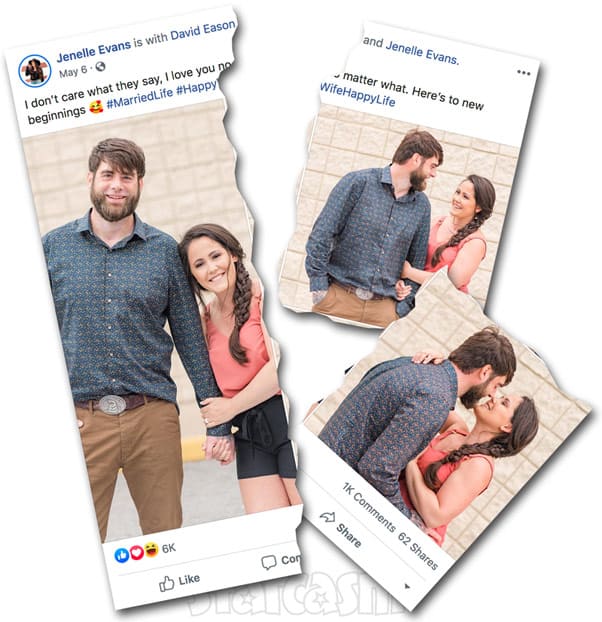 While 2020 has been a historical and unpredictable year for the rest of the country, everything has remained exactly the same on The Land. Former Teen Mom 2 couple Jenelle and David Eason are back to having violent altercations and tying up law enforcement after a few months of reconciliatory bliss, resulting in David being arrested twice in a 24-hour period — including a charge of assault with a deadly weapon.

According to Celebernation, David kicked off his most recent arrestapalooza festivities by being booked on Thursday for a failure to appear warrant.

UPDATE – Here is a VERY low quality mug shot photo of David from his Thursday arrest: 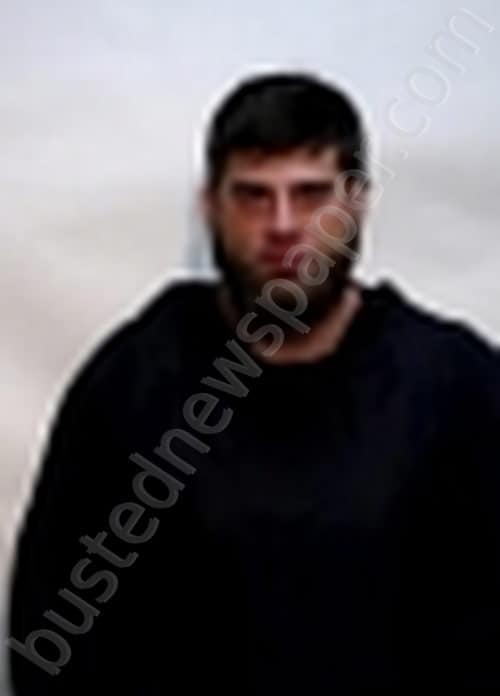 UPDATE – Celebernation stated that the assault with a deadly weapon charge was a felony, but court records indicate it is a misdemeanor. From the provision of the NC statute being used: “Unless the conduct is covered under some other provision of law providing greater punishment, any person who commits any assault, assault and battery, or affray is guilty of a Class A1 misdemeanor if, in the course of the assault, assault and battery, or affray, he or she: Inflicts serious injury upon another person or uses a deadly weapon.”

As Jenelle hinted at on social media, the two have been having issues yet again. Jenelle apparently left David and The Land at some point and returned Friday with a couple friends to “collect some of her belongings.” David was as David does whenever someone sets foot on his property that he isn’t too fond of, and he reportedly wound up pistol whipping one of Jenelle’s friends while arguing over truck keys.

That’s when David got into a heated argument with 1 of the men over his truck keys and David struck one of the men with a pistol. David misplaced his keys, neither Jenelle nor any of the men were in possession of the keys. They were found by David later.

The recipient of David’s aggression allegedly sustained “injuries to his back and neck from the weapon.”

Police were called and David was arrested at approximately 8:30PM Friday night. He was charged with felony assault with a deadly weapon and communicating threats. According to online jail records, he was officially booked at 9:46 PM. David was later released on an unsecured bond and has a court date scheduled for July 6.

“I’m shaking and saddened by this,” Jenelle tells Celebernation. “It’s time for me to move on from this relationship and find happiness for my kids and myself elsewhere.”

Jenelle is reportedly staying at the home of a family member. She plans to file a restraining order against David when the courts open back up on Monday.

#TeenMom2 Jenelle gets a restraining order against David Eason and leaves the state with Ensley. The source that broke the story says David was served with the order and "he's losing it." https://t.co/lxLHJwbgKT

It’s unclear at this time who has Ensley. I assume it is Jenelle since David was arrested and booked.

Jenelle shared a link to the Celebernation article on Facebook along with the following message:

#teenmomog #breakingnews I just want to let the public, tabloids, and my fans know that IM OK, IM SAFE AND SO ARE THE KIDS! I’m going to take a few days out to myself to gather my thoughts and focus on what’s going on so I won’t be on social media much. I love you all for the support that you all have shown me and I’ll be stronger and better than ever soon! 💖💖💖

An important aspect of this story in regards to the safety of the residents of Columbus County is that David has been charged with a felony. [As stated above in an update, it appears that Celebernation had that incorrect. The assault with a deadly weapon charge is a misdemeanor.] If convicted, that would mean he would no longer be legally allowed to own guns. Unfortunately, in cases like this, the defendant is usually allowed to plead down to a misdemeanor. Statutes do not allow gun ownership to people convicted of misdemeanor assault involving a gun, but only if the gun is pointed at the victim. It’s unclear if David ever pointed the gun at anyone during the altercation.

There is also this statutory caveat:

No person may own, possess, purchase, receive, or attempt to possess, purchase or receive, a firearm, machine gun, ammunition, or permits to purchase a handgun or carry a concealed handgun if prohibited from doing so by a court as part of a domestic violence protective order in effect against that person. 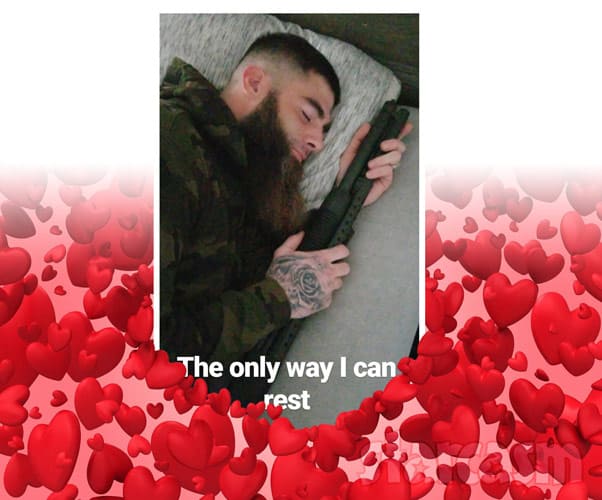 David will probably be able to skirt around this provision as well because I don’t think the attack will be classified as domestic violence. However, it seems a possibility that David may be ordered to surrender his firearm arsenal as part of Jenelle’s restraining order? I’m not sure about that. David had an order of protection filed against him by his ex for years and he was still allowed to own and acquire guns.

On another note, Jenelle partnered with Celebernation to make money off of the story just days after announcing her “Jenelle’s World” website. The subscription-only site promises exclusive behind-the-scenes updates on what is really going on in Jenelle’s life, but so far there is nothing there about her split from David or his arrest for pistol whipping her friend.

Former #TeenMom2 star David Eason has been formally charged with 2 crimes stemming from the the YouTube video he posted in which he forcibly towed (and reportedly damaged) another man's truck over a parking dispute. Get all the latest #towgate details! https://t.co/lxrHFZb44O

In addition to his other legal issues, David Eason is also still dealing with a criminal charge of injury to personal property stemming from his infamous YouTube video in which he forcibly towed Terry Hill’s truck out of a legal parking spot. There were reports that Terry opted to drop the charges, but the case is currently on the court calendar with a hearing scheduled for July 28.