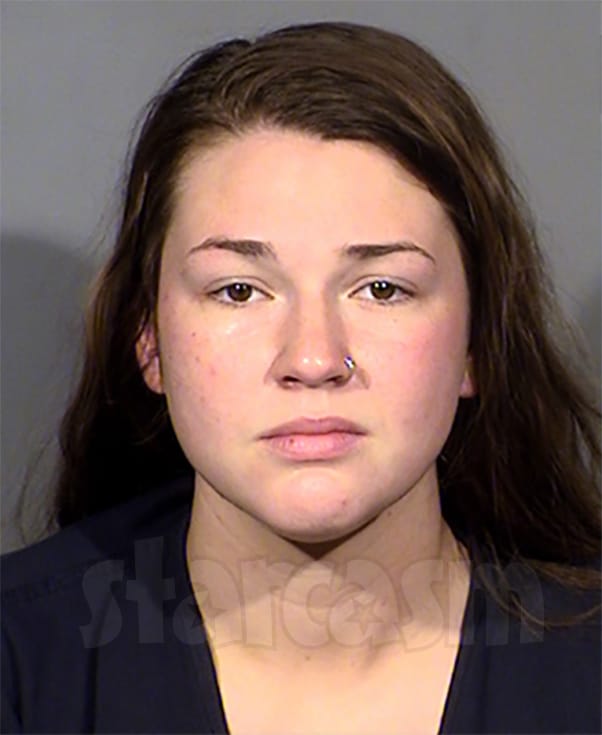 Eleven days after Gabbie Egan showed her support for former Girl Sh*t podcast co-host Jenelle Eason by visiting The Land, the TikTok star paid tribute to her Teen Mom 2 gal pal by getting arrested and charged with multiple felonies in Las Vegas.

Gabbie was in Sin City with her husband to celebrate their 3-year anniversary when things got a bit out of hand at the Cosmopolitan hotel and casino’s Marquee pool club on July 24. According to the police report obtained by TMZ, the 21-year-old became unruly and started yelling at patrons.

“It’s unclear why she was screaming, but cops say security asked her to leave,” TMZ reports. “She allegedly told security to ‘f*** off’ before asking, ‘Why do I have to leave you f***ing bitch?'”

Gabbie was detained by security for trespassing. Taking what she learned from her time at The Land pool, Gabbie demonstrated the “don’t tread on me” mantra by attempting to kick the security guard in the testicles. The guard was able to deflect her kung fool attempt.

Police were called and arrived on the scene. During the process of changing out handcuffs, Gabbie tried to KickTok the cop in the nuts, but she was once again thwarted and instead impacted the officer’s knee.

More from TMZ’s recap of the police report:

It didn’t end there. Police say she tried several times to break her grip from cops and run away. And, when a cop attempted to search her … Egan allegedly head-butted the cop in the nose with the back of her head.

Cops say a struggle ensued and Egan went limp … forcing cops to carry her into the car.

Egan also allegedly threatened the police … saying things like “watch what would happen” if they weren’t in uniform. She also threatened to stab one of the officers during her trip to jail.

Gabbie was booked and charged with two felony counts of battery of a first responder by prisoner, probationer, or parolee and one misdemeanor count of interference with public officer by threat/force/violence.

Gabbie was released on July 25 on her “own recognizance with intensive supervision.” Court records indicate that Gabbie “is to report to Pretrial Services the day after being released from jail and 1 time per week thereafter. Telephonic.” The next court hearing is scheduled for August 25.

Gabbie hasn’t mentioned the arrest specifically on social media, but she did seem to provide a hint as to what her defense might be with an Instagram post on July 27. The post was a gallery of images from Gabbie’s stay in Vegas and was accompanies by this caption:

Las Vegas photo dump – reminder to keep your drinks close to you at all times and never let them out of your sight when drinking anywhere. We live in a scary world. Xoxo

Here is one of the photos from the gallery, in which Gabbie is seen wading in the Marquee pool and keeping her drink close: 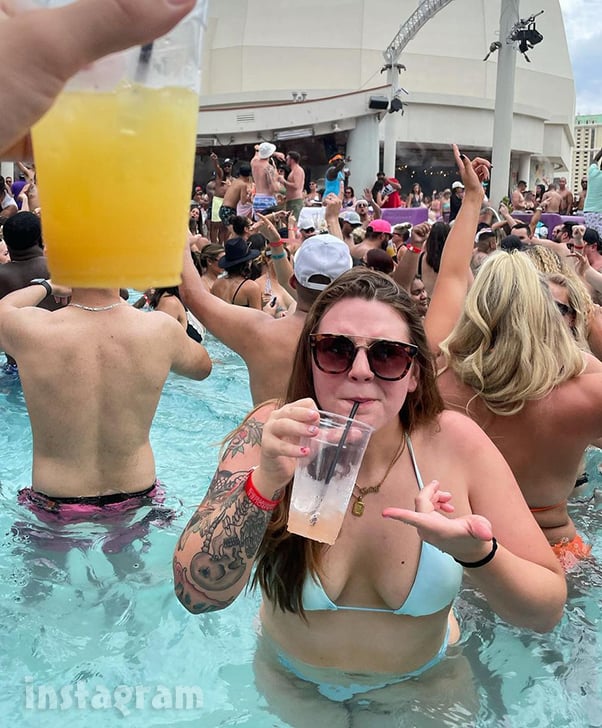 And here’s a video of Gabbie from the day of her arrest in which she demonstrates her TikTok talent on her Cosmopolitan hotel balcony:

♬ Into The Thick Of It! – The Backyardigans